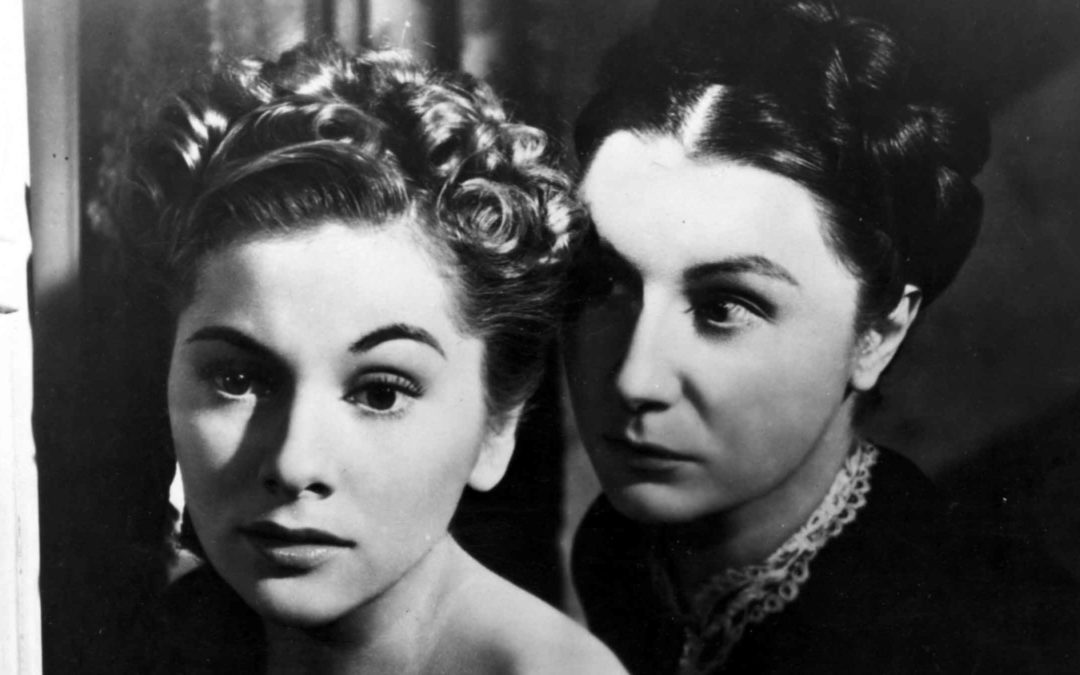 MANDERLY — It was no small feat for British director, Alfred Hitchcock, to take home his first and only Academy Award for Best Picture back in 1940.

The filmmaker already known for films like “The Man Who Knew Too Much” and “Jamaica Inn” chose to release his first American film, “Rebecca” at a time when Charles Chaplin was actively promoting his “The Great Dictator,” John Ford was receiving accolades for his little movie “The Grapes of Wrath,” and “The Philadelphia Story” was already being discussed as one of the greatest romantic comedies of all time.

So, what was so special about Hitchcock’s adaptation of Daphne du Maurier’s novel by the same name? How was Hitchcock able to outshine Chaplin and Ford and why with a resume boasting of projects like “Dial M for Murder,” “Vertigo,” “North by Northwest,” “Psycho,” “The Birds,” “Lifeboat,” and “Rear Window” did the Academy see “Rebecca” as the only Hitchcock offering worthy of a Best Picture award? And finally, do we really need Netflix to remake this movie with Lily James and Armie Hammer?

The answer to that last question is absolutely not.

Let’s look at those first two questions and, as we always do on KSL Movie Classics, talk about the movie’s highlights.

The Criterion Collection captures the mood of this Hollywood classic when it states, “Romance becomes psychodrama in the elegantly crafted ‘Rebecca’, Alfred Hitchcock’s first foray into Hollywood filmmaking.”

The off-kilter, moody, black-and-white backdrop sets the stage for a young Joan Fontaine as she begins her married life as the very wealthy Mrs. de Winter. What promises to be an ideal leap into marital bliss quickly turns to suspense when she learns of the mysterious disappearance of Mr. de Winter’s previous wife.

At every turn details of the former Mrs. de Winter haunt her, and no one is happier to remind the new bride of the unsettling circumstances than the head housekeeper, Mrs. Danvers.

When speaking to Peter Bogdanovich in a 1963 interview, Hitchcock said of “Rebecca:”
“‘Rebecca’ was a Brontë thing really, a romantic Victorian novel in modern dress. In a sense you could get annoyed with the Joan Fontaine character because she never stood up for herself, she let Mrs. Danvers override her. But after all that’s applying a modern point of view to what I say is a Victorian heroine.”

“Rebecca” was the second story of du Maurier’s to net Hitchcock’s professional services – the third and final being “The Birds.”

As Little White Lies points out, “Smuggling thriller ‘Jamaica Inn’ was the first Du Maurier novel to be brought to the big screen. Actor Charles Laughton purchased the film rights and appointed Alfred Hitchcock as director.”

As the story goes, Hitchcock was reluctant to do the project because of the amount of creative control granted Laughton, and as Little White Lies continues, “Sure enough, Laughton dominated the film, his overblown performance described by Time magazine as ‘magnificent in the eye-rolling, head-cocking, lip-pursing, massively mincing Laughton style.’ Du Maurier hated the film and Hitchcock all but disowned it.

But “Rebecca” was absolutely Hitchcock’s project. In fact, even in the face of his now famous skirmishes with “Gone with the Wind” producer David O. Selznick, Hitchcock’s first American project was entirely his own. He even managed to sneak in themes that were at the time prohibited.

Les Fabian Brathwaite of IndieWire points out, “Hitchcock reportedly played up the lesbianism of Mrs. Danvers, who was more of a maternal figure in the novel on which it was based, by noted bisexual, Daphne du Maurier. Hitch was even warned about including these subtle references to Danvers’ lesbianism, but in the end, he had his way.”

Incidentally, while the Hays office didn’t seem to notice references to Mrs. Danvers’ sexuality, there was one significant event changed from the original text to appease the Hays office.

(The following is a major spoiler by the way, so if – and I hope you are – planning to experience Hitchcock’s Best Picture win sometime, just skip down to the next section. Still, I’ll try my best to keep this ambiguous.)

At the time of release, the Motion Picture Production Code stated that a movie could not have a murderer go unpunished. This made Hitchcock repurpose the final reveals of the film, leaving some cynics to label the climax unnecessarily clumsy. They’re wrong, though. The extra hoops Hitchcock had to jump through absolutely work and make the and-another-thing aspect of the finale more entertaining.

“Rebecca” was a commercial and critical success at the time, and still today boasts a 100% on RottenTomatoes. Even the more temperamental audience score sits at 92%.
But what “Rebecca” is remembered for most, and the reason we’re still discussing it 80 years later, is its social and technical contributions.

In an article about his favorite Hitchcock movie, Michael Hann of The Guardian makes a bold claim that feminists will flip the perception of the story’s heroes and villains. I have yet to revisit the film since reading his suggestion, but at the very least it feeds into the idea that Hitchcock was not afraid of controversial topics and juxtaposed with films like “Psycho” and “Marnie,” one might even suggest he actively sought out uncomfortable topics to further keep his audiences uncertain of what to expect next.

“Rebecca” is also noteworthy because of the tools Hitchcock didn’t use. In that same Bogdanovich interview Hitchcock was asked, “Wasn’t Rebecca the first film in which you experimented with a tracking camera as opposed to the use of montage?”

He replied, “Pretty well, yes. But only because we were going around a big house. I don’t think it was really right, because after all, the eye must look at the character. It must not be conscious of a camera dollying unless you are dollying or zooming in for a particular purpose.”

Should you watch it today?

Left to its own merits, “Rebecca” holds up especially well.

It is one of those movies that starts you off in a secure place before inflicting a slow unraveling of the world around you. Add to that, Fontaine’s sympathetic performance and your constantly changing perspective of Laurence Olivier’s Mr. de Winter, and you have a very entertaining classic movie for any stay-in date or ice-cream-and-me solo evening.

If you call yourself a Hitchcock fan and you haven’t seen this, then stop whatever you’re doing and remedy that immediately.

Knowing that Hitchcock was trying to keep his audience guessing while also theme-sneaking material past Selznick and the Hays Office makes for a pretty great hindsight experience. It’s also especially fun to watch a very confined Hitchcock who relies on a tracking camera to maintain his master-of-suspense status.

There are many great Best Picture winners worthy of a revisit before the 2020 Academy Awards on February 9, and this 80-year-old classic definitely enjoys a place on that list.
Next month, to honor the great nominations that don’t end up winning, we’ll chat about one of my favorite Best Picture nominees of all time that didn’t end up winning the award.