Is ‘Daddy’s Home 2’ the Christmas movie you’re looking for? 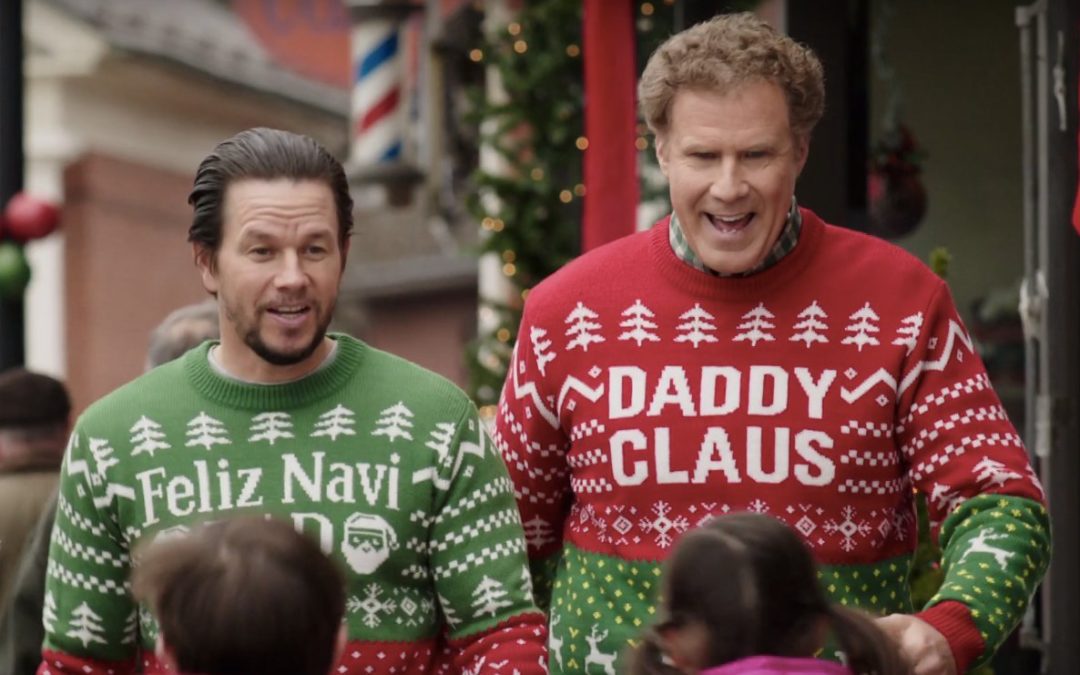 THE MOVIE THEATER — It’s weird that we’re talking about a sequel to “Daddy’s Home,” isn’t it?

I mean, I get the world has a large shelf dedicated to unnecessary sequels, but isn’t there already a lineup of Will Ferrell movies waiting for their part 2? How did “Daddy’s Home” end up cutting in? And if Ferrell wanted to do a sequel about some naive man-child trying to save Christmas, that movie should’ve been called “Elf 2,” right?

Who was spending precious free thoughts wondering what came next for Brad (Ferrell) and Dusty (Mark Wahlberg)?

Whoever you are, Paramount Studios has a gift for you this holiday season wrapped in 100 minutes of festive punchlines and yuletide clichés. Will it be all you dreamed of? If you really are that person waiting for chapter 2, then yes. For everyone else, well, let’s chat about the highlights.

Picking up where the original story left us, the once-feuding fathers from “Daddy’s Home,” Brad and Dusty, finally have the whole co-dad thing down. Pooling their resources, the two can be everywhere their kids need them to be, while also finding time for parental sidebars and on-the-fly strategizing.

So, when daughter/stepdaughter Megan (Scarlett Estevez) uses her platform at a school recital to express previously unspoken Christmas concerns, Brad and Dusty decide to bring everyone together for one altogether Christmas celebration.

The plan seems perfect until Dusty’s father (Mel Gibson) crashes the party. While Brad and Dusty work to keep the Christmas spirit alive, Dusty’s dad plots to end the stepdad bromance once and for all.

If there’s one movie type that gets a pass in this world, it’s the Christmas movie.

That’s not to say there aren’t funny, meaningful or especially nostalgic Christmas movies playing from November to Dec. 25, but no one is handing out Best Picture nominations to “Scrooged” or “Home Alone.”

We watch these movies because they celebrate spending time with loved ones and seeing the world as a kid again — and on that level, “Daddy’s Home 2” kind of works. Writer and director Sean Anders even tones down some of the usual PG-13 humor to make the movie more accessible to families, though I will note the movie does still earn its rating.

It would be easy to accuse Anders of setting this sequel around the holidays to mask its many, many shortcomings, but I’d say that accusation could also be delivered as a compliment. Left to its own devices, “Daddy’s Home Two” isn’t worth your time. If, on the other hand, you google “critically acclaimed Christmas movies,” you’ll see Anders’ movie has found exactly the company it’s looking for.

At the end of the day, anyone purchasing a ticket to “Daddy’s Home 2” knows what they’re getting into. Audiences aren’t looking to Ferrell and Wahlberg to teach them the meaning of life, but they do expect a few good laughs and maybe a quotable line or two.

Anders attacks this issue by volume, hoping if he swings at every pitch, the crowd will only remember the home runs. Judging by the audience I saw this with, quantity was the right play. Even the mile-away telegraphed punchlines were generating a few chuckles, so I think it’s safe to say with the right company and probably a few less hours of sleep than what you’re used to, there’s a good time possible at “Daddy’s Home 2.”

Where it all falls down

Let me reiterate before moving on, if you’re just looking for an occasionally funny Christmas movie to pass some time, “Daddy’s Home 2” is fine. But if we’re actually asking the question, is this a good movie, the answer is of course “no.”

Gibson’s character acts as a great poster child for everything wrong with the story. While it’s occasionally funny to contrast a rough-around-the-edges dad with John Lithgow’s portrayal of a father who cares too much, there is no motivation for Dusty’s dad to be antagonistic towards Brad and Dusty’s friendship. Can it be funny? Sure. Does it make for undeserved emotional resolves and eye-rolling makeups? Absolutely.

This goes even a step further as Anders tries to figure out what to do with Linda Cardellini’s character.

Reducing Cardellini to a jealous housewife actually seems a bit insulting at times, especially as you realize her only real job is to end scenes with an is-this-really-happening look.

Unfortunately, Cardellini and Gibson’s characters are not the exceptions. If you stop to ask yourself, “Why is any character behaving the way they’re behaving?” your answer will almost universally be, to set up the punchline.

As far as unnecessary sequels go, “Daddy’s Home 2” could’ve been a lot worse. This is hardly the “Weekend at Bernie’s II” of sequels, but it doesn’t have any especially redeeming qualities either.

In fact, if we’re looking for the perfect comparison, “Daddy’s Home 2” is to holiday movie playlists what Wham’s “Last Christmas I gave you My Heart” is to holiday radio stations. Did you ask for it? No. But you’re now in the same room with it, and at least it’s not John Denver’s “Please, Daddy (Don’t Get Drunk on Christmas).”