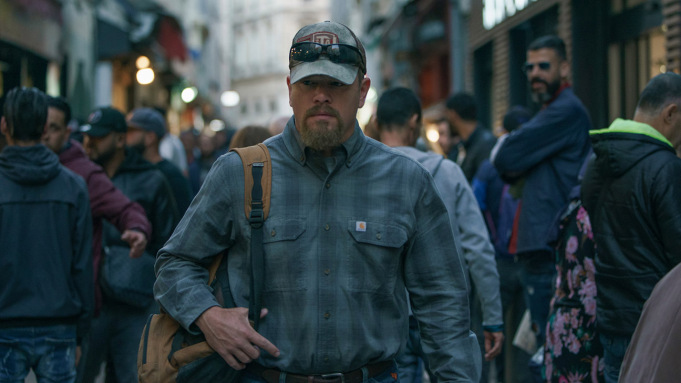 In August of 2019 I took my first trip abroad, and quickly understood that my two years of French at Centerville Junior High wasn’t going to take me very far. That trip became one of my favorite memories of our last pre-pandemic year, but on my own in a foreign land, it felt more like a quest than a vacation.

Memories of that experience came flooding back as I watched the first scenes of “Stillwater,” Tom McCarthy’s film about an Oklahoma driller who moves to the south of France to free his daughter from prison. Watching Matt Damon’s fish-out-of-water character hit close to home as I thought about booking my first cab ride from the Paris airport, checking into my hotel, and struggling through my order late at night at a French-Creole restaurant tucked deep in the neighborhood outside the Eiffel Tower.

The transition for “Stillwater’s” protagonist is even more dramatic. Struggling to find work, Bill (Damon) manages to cobble enough money for the two-week visit to Marseilles, where his daughter Allison (Abigail Breslin) is serving a nine-year prison sentence for a murder she insists she didn’t commit. Their relationship is strained, but Allison entrusts Bill to deliver a letter to her lawyer detailing a lead that could prove her innocence.

Bill follows through, but when the lawyer balks at the request to reopen the case, he decides to investigate himself. With the help of a friendly single mother named Virginie (Camille Cottin), Bill makes a little headway, but soon learns that language is only one of many barriers when it comes to engaging the local residents to cooperate with an investigation. At one point, Bill actually locates the man Allison identified as the real killer, but gets jumped by the suspect’s friends, and when she learns that Bill has taken on the investigation himself, Allison cuts him off completely.

At this point, “Stillwater” takes a narrative turn, and focuses on Bill trying to get on with his life while remaining in France. For a time, the story almost forgets Allison entirely as we see the relationship between Bill and Virginie develop, in no small part due to her charming daughter Maya (Lilou Siauvaud).

It was around here that other, more ambiguous memories started to come to mind as I watched “Stillwater.” The circumstances felt vaguely familiar, and it turns out that McCarthy’s film is loosely inspired by the story of Amanda Knox, the American college student accused of killing her roommate in 2007.

Sure enough, “Stillwater” returns to that primary plot, which though understandable, leads to the kind of unsatisfying finale that casts a shadow over the film’s stronger elements. Some movies have happy endings, and some are more tragic. “Stillwater” winds up in a kind of no-man’s land in-between, a place that seems logical on paper but still comes off as a letdown. The performances are strong all around, and it’s especially interesting to see Damon’s middle-America Bill after seeing him inhabit the same world as Jason Bourne through several spy thrillers. But in spite of its various strengths, I left the theater disappointed.

In the end, I’ll remember “Stillwater” for bringing back my own memories of Europe, and for being a strange riff on a fading scandal. I’ll also remember it for being the second-best film to make use of the name “Stillwater.” Maybe it’s just a symptom of our difficult times, but “Stillwater” left me wishing we had reminders of our potential than of our demons.

“Stillwater” is rated R for spats of harsh profanity and some scattered violence, as well as some more restrained sexual content.