Gunn’s ‘Suicide Squad 2.0’ is better, but not quite good 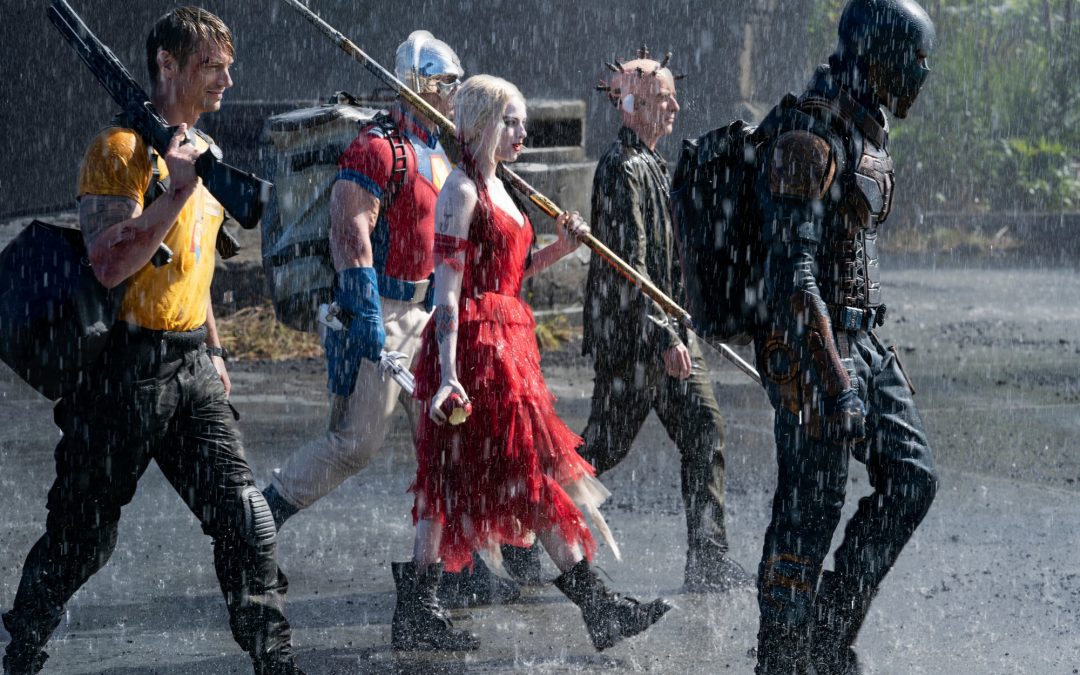 While it’s technically not a remake or a reboot, most everyone understands that James Gunn’s new take on the criminal super-squad is a re-do after the first version flopped five years ago. A lot of the same characters are back—and even played by the same actors—but “The Suicide Squad” is definitely an attempt to “get it right this time.”

The fundamental concept is the same: a motley crew of semi-super powered criminals is assembled by the government to handle a top-secret mission. If they cooperate, they get time off their sentences. If they try to run, they get their heads blown off via a remote explosive. It’s a convincing offer, and as an R-rated film, we do get a demonstration or two.

In the first movie, the mission was to eliminate a rogue witch with really bad CGI; this time, they are to infiltrate a Central American island nation and secure a dangerous project called Operation Starfish.

What the squad members don’t know is that nefarious government honcho Amanda Waller (Viola Davis) has actually sent two teams to the island. One, meant as a distraction, encounters heavy casualties in a scene that feels like a twisted tribute to the first half hour of “Saving Private Ryan.” The second arrives undetected, and we follow them through the bulk of the film.

The first movie was plagued by an identity crisis, largely brought on when a comic movie trailer set audience expectations much higher (and funnier) than the final product was able to deliver. This time around, the folks at DC brought in James Gunn, the guy behind Marvel’s “Guardians of the Galaxy” films, to strike the right balance between bizarro humor and gritty comic book atmosphere. This move both improves the movie and kills it at the same time.

From the opening battle scene on the beach, set to The Jim Carroll Band’s “People Who Died,” you can recognize Gunn’s signature style, and for a while you settle in with the idea that “The Suicide Squad” is going to realize its destiny as the DC “Guardians,” albeit with a lot more graphic violence. But the obvious parallels start to work against the film once some of the problems from the first begin to return.

Unlike “Guardians,” which built its ensemble cast around a central protagonist (Chris Pratt’s Peter Quill/Starlord), “Suicide Squad” really doesn’t have a main character, and its Dirty Dozen isn’t near as likable as the Marvel band. And even though “Guardians” was set in outer space, far from the Avengers’ turf, their story still connected to the main thread of the greater MCU narrative. Worst of all, “The Suicide Squad” just isn’t fun.

On a similar note, fans of “Guardians” might want to take a deep breath before following Gunn into his latest work. Where the Marvel movies were PG-13, if a little on the crude side, “Suicide Squad” dives headfirst into the R-rated end of the content pool. And though a lot of the graphic violence is played for laughs, the adult language can become tedious and forced in spots, and vulgar jokes involving graphic nudity will be a bit much for some audiences.

Toss aside the “Guardians/James Gunn” comparisons, and you still have a story that’s way too overloaded with side threads and subplots, and just trying to do too much with too little. It’s a mess, and not in a good or fun way. Granted, it does have its good points—Operation Starfish strikes a perfect bizarre interstellar aquamarine blend of macabre horror and comedy. The effects are good, and Gunn’s presence is a boost. And as we’ve seen, things could have been a whole lot worse.

I love the idea behind these movies; I just wish they were better. Maybe the third time will be the charm.

“The Suicide Squad” is rated R for persistent profanity and graphic violence (often played for laughs), as well as vulgarity and some male and female nudity.