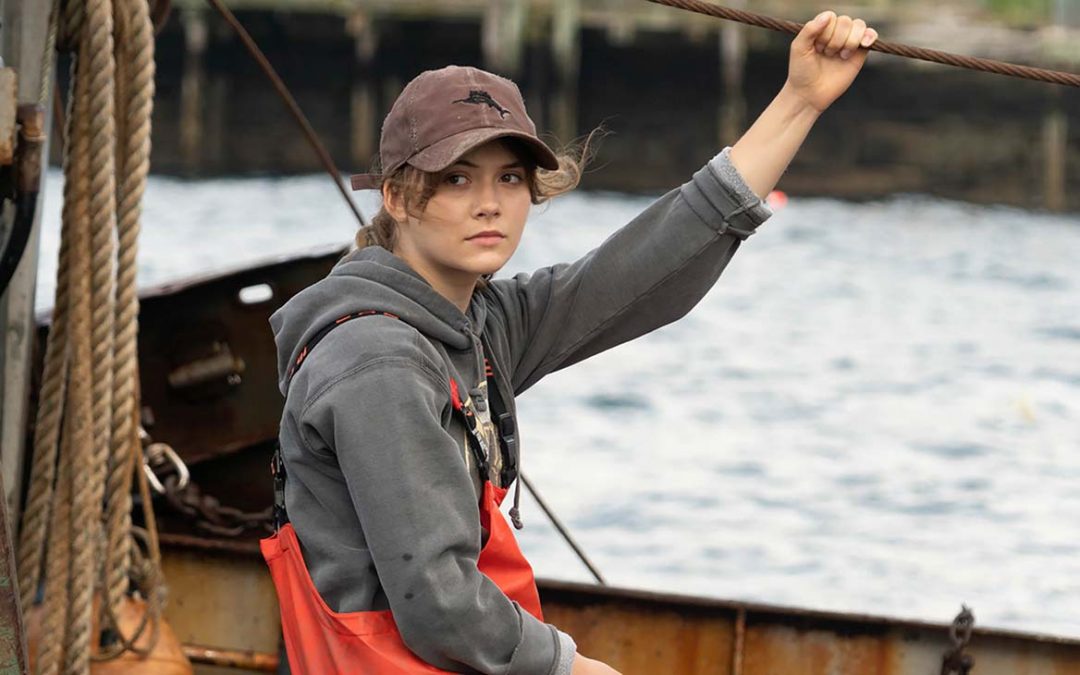 I didn’t expect 2021 to be a “great” year for movies, and it wasn’t. I fully expected it to be better than 2020—and it was—but we’re definitely still in low tide pandemic mode. Even so, as I started thinking about my favorite movies of the year, I was pleasantly surprised to find that I had enough candidates to make narrowing down a Top 10 more of a challenge than expected. I actually plan to buy a few of these for my permanent collection, and that’s not something I could have said last year. So 2021 may not be a cinematic year for the ages, but it’s definitely moving in the right direction. And for now, that is good enough for me.

So here we go, then. Most of my Top 10 is presented in no particular order, but I will save my best movie of 2021 for last. Enjoy!

Honorable Mention: Get Back – As a multi-episode streaming-only release, “Get Back” might not technically qualify for this list. And yes, if you aren’t a serious Beatles fan, or at least a serious musician, this 8-hour documentary saga that follows the band’s ill-fated 1969 effort to record an album on camera might feel like another bloated and tedious example of what happens when Peter Jackson goes full Peter Jackson. But if you are a serious Beatles fan, and if you are enough of a musician to appreciate the creative process, then “Get Back” is completely essential.

10. Ghostbusters: Afterlife – Jason Reitman played the nostalgia card several times in this long-awaited sequel to the original “Ghostbusters” films of the 1980s, but it works even better as a loving tribute to original cast member Harold Ramis. My child of the ‘80s status will never fully allow me to see “Afterlife” with total objectivity, and even my nostalgia goggles left me wishing I could re-write the third act. But overall? Some of the happiest time I spent in a theater this year.

9. Last Night in Soho – I highly doubt that many (if any) Edgar Wright fans will put “Last Night in Soho” on the top of their favorites lists, but it was still very cool to see the traditionally comic director of “Hot Fuzz” and “Baby Driver” put his interpretive style to a completely different genre. This surrealist thriller about a contemporary fashion student obsessed with the style of the swinging 1960s is a great reminder of why I consider myself a horror fan…even if most people wouldn’t consider “Soho” a horror movie.

8. Val – Even in a pandemic year, there always seem to be plenty of good documentary options. In fact, one of the best—“The First Wave”—chronicled the first four months of Covid response in New York City. “Flee” was a creative animated documentary about a man who had to abandon his homeland for religious reasons, and “Summer of Soul” blessed me with a live showcase of an almost-forgotten soul and R&B festival from 1969. And yet here I am, putting “Val” on my best movies list. This documentary—largely assembled from subject Val Kilmer’s own expansive home video library—is just a heartfelt portrait of a famous actor who is realizing that fame and wealth won’t insulate you from the ravages of mortality. It’s a close cousin to “Mystify: The Michael Hutchence Story,” which affected me the same way, but was released in 2019 and is therefore ineligible for my list. So I’m going to cheat a bit and use this one as a two-fer. Heck, call it a five-fer. You can never watch enough quality documentaries.

7. Riders of Justice – While I enjoyed films like “A Hero” and—again—the unique animated documentary “Flee,” I generally had a hard time finding foreign films to fill out my ballot this year. Strangely, “Riders of Justice” was the one that really stuck with me. This story of an ex-military operative and a trio of statistical probability nerds coming together to investigate a tragic train crash is a fully bizarre cross between sober drama and black comedy. I honestly have a hard time imagining an American film pulling it off, which makes it a perfect example of the foreign film quirkiness that makes the genre so fun.

6. A Quiet Place Part II – The sequel to the instant classic film about a family struggling to survive a post-apocalyptic dystopia in total silence will always hold a place of infamy in my memory. I was set to attend its original press screening back in March of 2020 before it was the first official movie to get pushed back indefinitely, and even when it finally did get screened this past summer I missed the event due to a class conflict. When I did finally see it, though, it was worth the wait.

5. Spider-Man: No Way Home – As far as I’m concerned, this live-action equivalent to 2018’s excellent “Into the Spider-Verse” is the best thing Marvel has put out since “Endgame,” and that’s especially including all the milquetoast Disney+ mini-series. The Spider-Man reunion concept could have easily backfired, but in this follow-up to “Far From Home,” everything felt like it had a purpose, and it was one of the only movies that left me thinking more superhero stories might not be a bad thing moving forward.

4. No Time to Die – Thanks to an insightful conversation with longtime colleague Steve Salles, I’m a little conflicted over the ending to the 25th James Bond adventure, but there’s no doubt that I enjoyed “No Time to Die” more than about 90% of the other Bond movies I’ve seen. Like “Skyfall,” I loved how this film gave Bond’s story more of a full character arc rather than keep things episodic, the Aston Martin cameos were great, and Ana de Armas’s supporting role was probably my favorite of the year (at least top two with Bradley Cooper in “Licorice Pizza”).

3. Belfast – Kenneth Branagh’s semi-autobiographical film about his childhood amid Ireland’s “Troubles” in 1969/70 was one of the few “prestige” movies I enjoyed reviewing in late 2021. But as much as I enjoyed the story and the acting and even the omnipresent voice of Van Morrison, I’ll remember its striking black and white cinematography the best. In a year packed with films boasting impressive visuals like “Dune” and “Power of the Dog,” “Belfast” was the one that truly impressed me as a photographer. Every shot was a rich and beautiful composition.

2. Dune – As a non-diehard fan, I’ve always appreciated the camp and crazy David Lynch version of “Dune” that befuddled audiences back in the 1980s. But there’s no question that Denis Villenuve’s 2021 take on the beloved sci-fi novel (or at least its first half) is substantially better. The “to be continued” ending felt a little abrupt and anti-climactic, but the epic scope and grandeur of this interplanetary action-drama was so good it left me anxious to see the rest of the story.

1. CODA – Most of the time you try to go into a movie without any pre-conceived notions, but I had a feeling I was going to like “CODA” before I watched it. For one thing, it had already come recommended from a trusted friend, and the premise sounded promising. The timing also helped; I watched “CODA” at the end of a week that had been packed with Oscar bait, and most of those usually boiled down to depressing biopics about the back-stabbing world of famous rich people. But I’d like to think that even if I’d been watching uplifting and fun movies all week, this story of a teenage girl who tries to pursue her passion for singing while managing translating responsibilities for her deaf family would still stand out in the cinematic crowd. One way or another, “CODA” was my favorite movie of 2021, and it wasn’t even close. Between the perfect performance from lead actress Emilia Jones (who learned American Sign Language for the role), the bittersweet humor juxtaposed against heartfelt drama, the sincere affection for music and for the people who have to live in a world without it, and as a bonus, a supporting role for an actor I haven’t seen since “Sing Street”—the “CODA” of 2016—I was already checking Amazon to see if I could buy this one on blu ray before the movie was even over.