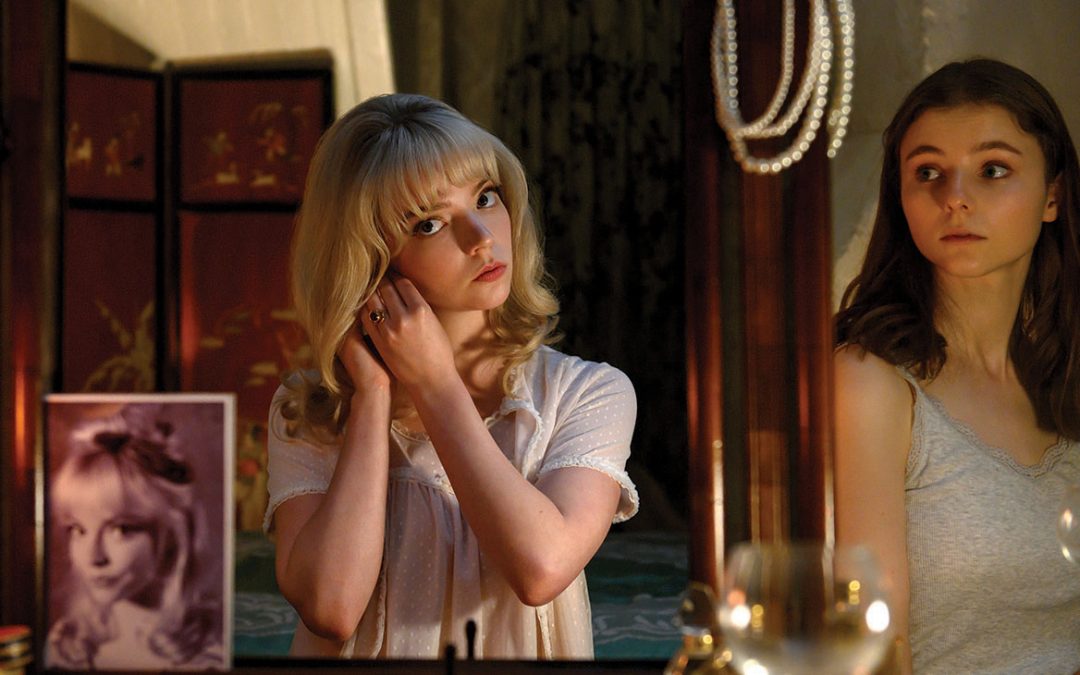 I generally think of myself as a horror fan. I’m not a fan of all horror genres, but I do appreciate a good scary movie.

This week seems like a good time to address this idea, since there are two movies out that illustrate my tastes when it comes to horror. Last week, we got the newest sequel to one of horror’s oldest franchises, with “Halloween Kills.” This weekend, audiences will get to see the new film from Edgar Wright, “Last Night in Soho.”

There was nothing about 2018’s “Halloween” that left me wanting more. The production was fine, and I know that slasher fans and Michael Myers fans liked it, but I’ve never been a big fan of a genre that to me seems especially nihilistic. I get the idea of dispatching naughty teenagers, but that wasn’t what I was seeing with “Halloween.” All I saw was a boogeyman who seemed to murder mostly innocent victims with indifference.

When I saw the pitch for the new movie, though, I decided to give it a try. “Halloween Kills” is supposed to turn the tables on Myers, as the people of Haddonfield decide to band together and hunt down the slasher in the Shatner mask. It’s set in the immediate aftermath of the previous movie, so Jamie Lee Curtis and co. are all along for the ride.

Sadly, what I got was more of Myers’ mindless killings, often amped up to seem especially gratuitous. It’s one thing to kill off the sexually active teens as some kind of dark lesson about chastity, but when the boogeyman storms into the home of an innocent elderly couple and dispatches them in brutal, sadistic fashion, the violence quickly becomes tedious, and off-putting.

The subplot about the townspeople fighting back was mildly interesting, but it didn’t dominate the film as I hoped. And it didn’t help when I found out prior to the screening that “Halloween Kills” is intended only as the second of three films. I think longtime fans of the franchise will probably enjoy this installment, but the lackluster ending will probably confine this one to mediocre status. In the end, “Halloween Kills” is just the latest example of why the slasher genre is one of my least favorite horror options.

On the other hand, “Last Night in Soho” was one of the more interesting movies I’ve seen in the last few months. To be fair, it’s probably more of a psychological thriller than a pure horror movie, but I think most would agree that Wright’s kinetic story of an aspiring fashion designer whose idealistic dreams bleed into waking nightmares definitely has strong horror elements.

The story revolves around Eloise (Thomasin McKenzie), a young woman who is about to start fashion school in present day London. Eloise is obsessed with the London of the Swinging Sixties, with its clothes and its music, and when she decides to move into a lonely loft bedroom near her school, her nights are filled with dreams of an alter ego named Sandie (Anya Taylor-Joy), who aspires to be a pop star like Cilla Black or Dusty Springfield.

The movie takes a turn as these dreams become increasingly difficult to separate from Eloise’s reality, and as the soft-focus idealism of Sandie’s hopes turn into a nightmare of abuse and professional captivity. It’s fascinating to see Edgar Wright’s unique directorial style–heretofore used almost exclusively for comedic purposes–turned into a hyper-real nightmare.

“Last Night in Soho” may lack the jump scares and regular murders of “Halloween Kills” (though it eventually rivals the Myers film in the blood and terror department), but its surreal, psychological approach is much more engaging and memorable. Admittedly, I do have at least one issue with the ending–which I naturally can’t elaborate on here–and I don’t know that I’ll be rushing to see it again next Halloween. But overall, I can recommend “Last Night in Soho” in a way I can’t endorse “Halloween Kills.”

Where Wright is exploring new territory–and, as always, offering us a killer soundtrack–“Halloween Kills” is pretty much going through the slasher motions.