‘Zip & Zap and the Marble Gang’ 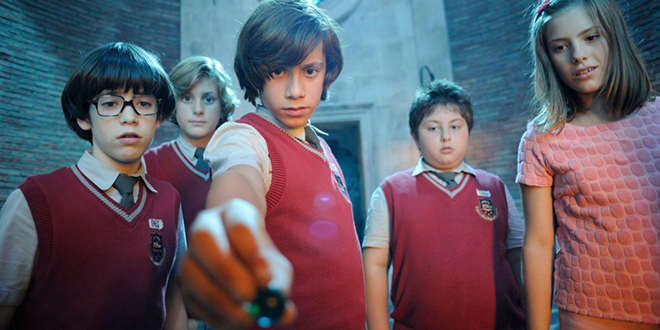 Two of Spain’s most beloved comic-book characters—Zip and Zap—come to life in this rollicking adventure. With summer coming, the twin brothers are caught stealing the answers to their final exams, so instead of having a fun-filled vacation, Zip and Zap are sent to a strict boarding school run by a no-nonsense headmaster named Falconetti. The school is worse than they could have imagined. Fun is absolutely forbidden, and the suspicious Falconetti and his security guards seem to watch their every move. But that doesn’t stop the brothers from enjoying their summer. After making new friends, they form the Marble Gang, and their ongoing mischief and resistance to authority lead them to discover a mysterious secret—one begging to be solved!