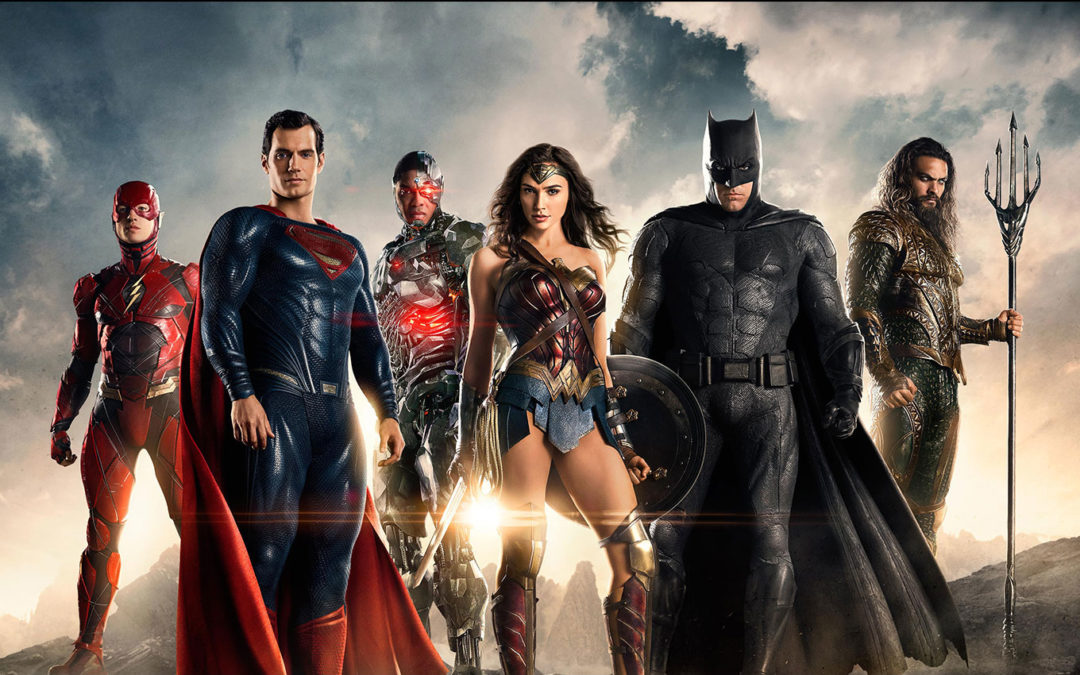 GOTHAM — I don’t know what I was expecting from “Justice League.”

I’d say on the one hand, I’d kept my expectations relatively low since both “Suicide Squad” and “Batman v Superman: Dawn of Justice” let me down a bit. And when I say, “a bit,” I mean they pulled my still-beating heart from my chest and Riverdanced on it like Michael Flatley after a six-pack of Jolt Cola.

Who didn’t want to see the Caped Crusader take on the Man of Steel in a classic battle of wits versus brawn? And, when DC fans learned Enchantress was to be the villain in “Suicide Squad,” I’m correct in saying the world wanted to see the first ever heist-movie-horror-movie mashup, right?

But what did DC do? They made one seriously bizarre movie about superheroic mommy issues, and another involving a shaky-hip villain deploying yet another world-domination plot. Even the most optimistic fan had to admit the DC Extended Universe (DCEU) was off to a rocky start.

Not only is “Then ‘Wonder Woman’” the perfect opening line to an Amazonian Princess haiku, but it’s also every reason movie fans needed to believe the DCEU was back on track.

Patty Jenkins and Gal Gadot shifted the dialogue from “What’s wrong with the DCEU?” to, “Does ‘Wonder Woman’ deserve an Academy Award?”

Which brings us to “Justice League” — a movie celebrating everything great and terrible about superhero movies. “Justice League” is such a mixed bag of variables, I still can’t tell you if I like it or not, but I can say I’m anxious to see it again.

So, instead of laying out a traditional review, let’s instead just chat about five things I’m still thinking about since seeing “Justice League.”

If you’ve been paying attention to the development of “Justice League,” you already know “The Avengers” director, Joss Whedon, was asked to step-in after a tragic turn of events pulled Zack Snyder away from the project.

If rumors are to be believed, Whedon did more than just put a bow on an already wrapped package. In fact, some reports suggest almost 20 percent of the film was reshot during post, which is not a small number when it comes to storytelling.

Obviously, I don’t know which parts of the movie were uniquely Whedon and which belonged to Snyder, but I bet if you and I made our own independent lists guessing which director did what, people would think we cheated off each other’s papers.

Which brings me to my point: Like some store-bought bag of trail-mix, the best and worst of Whedon is clearly wrapped up in “Justice League.” The best and worst of Snyder is clearly wrapped up in “Justice League.” These elements don’t mix at all, but they’ve somehow ended in the same bag and when you take a handful, all the joy of that M&M is squished in with that raisin no one asked for, leaving you with the burning question of “What did I just eat?” Or in this case, “What did I just watch?”

Just like the previous section, the visuals in “Justice League” are either super interesting or slightly worse than a PlayStation 4 cut scene.

I’m sure this will come up again and again, but there is no in-between with this movie. Batman swinging around with this grappling gun before disappearing into the shadows is glorious. That moment will then cut to an uncanny valley close-up of Cyborg pulling down the physics-defying hood of his obviously-not-there sweatshirt. At its best, “Justice League” actualizes the pages of a comic book better than anything out there. At its worst, it actualizes that drawing of your boyfriend or girlfriend you thought you could do from memory.

The weakest part of “Justice League” shows up when you ask yourself, “Why?”

Why did this movie need to happen? Why did it only take 30 minutes for four complete strangers to place unquestioning faith in each other? Why did the DCEU choose a villain and plot device so uncomfortably similar to the villain and plot of next year’s Avengers movie?

There are no compelling “because” statements to satisfy the many, many “whys” of “Justice League,” which will leave you, the audience member, telling your brain to simply stay out of it.

You can’t fully appreciate Barry Allen’s (Ezra Miller) sense of humor or cheer for a long-awaited catchphrase if you let your brain ask too many questions.

This will probably become the dividing line for moviegoers. In fact, if you want to know if you’re the right audience for “Justice League,” simply answer the following question:

Was “Star Wars: The Force Awakens” a fun throwback that captured the spirit of the originals or a blatant rip-off of “Star Wars: Episode IV – A New Hope”?

One of my favorite aspects of “Justice League” was Snyder’s inclusion of the classic superhero themes. Without giving too much away, let’s just say characters like Batman often march into battle with musical hints from Tim Burton’s 1989 movie sweeping through the background.

You could probably argue this was just Danny Elfman patting himself on the back, or possibly the composer being too lazy to create a new Gotham’s Knight musical identity, but since other characters enjoy similar queues from yesteryear, I choose to believe this was all part of the master design.

Both “Man of Steel” and “Batman v Superman” suffered from this kind of monochromatic character design where no character really sounded different than the other.

Sure Amy Adams used different inflections than Henry Cavill, but at the end of the day, everyone spoke with super-serious angst. Zod, Jor-El, Bruce Wayne, General Swanwick, Jonathan Kent, Martha Kent, Perry White, Alfred … they were all the straight man in a very unfunny comedy routine.

Thankfully, “Justice League” solves this problem right away, and either introduces or reintroduces characters with a new, clearer purpose. This goes a long way in making characters likable while also giving audiences a reason to pick favorites and anticipate further interactions.

If “Justice League” accomplished nothing else, it should give itself a “like” for finally defining who these characters are and making me look forward to what they might accomplish in a solo adventure.

If you are a parent wondering if you can take your kids to see “Justice League” this weekend without raising any uncomfortable talks, look for Dave Clyde’s parent’s review on Friday.