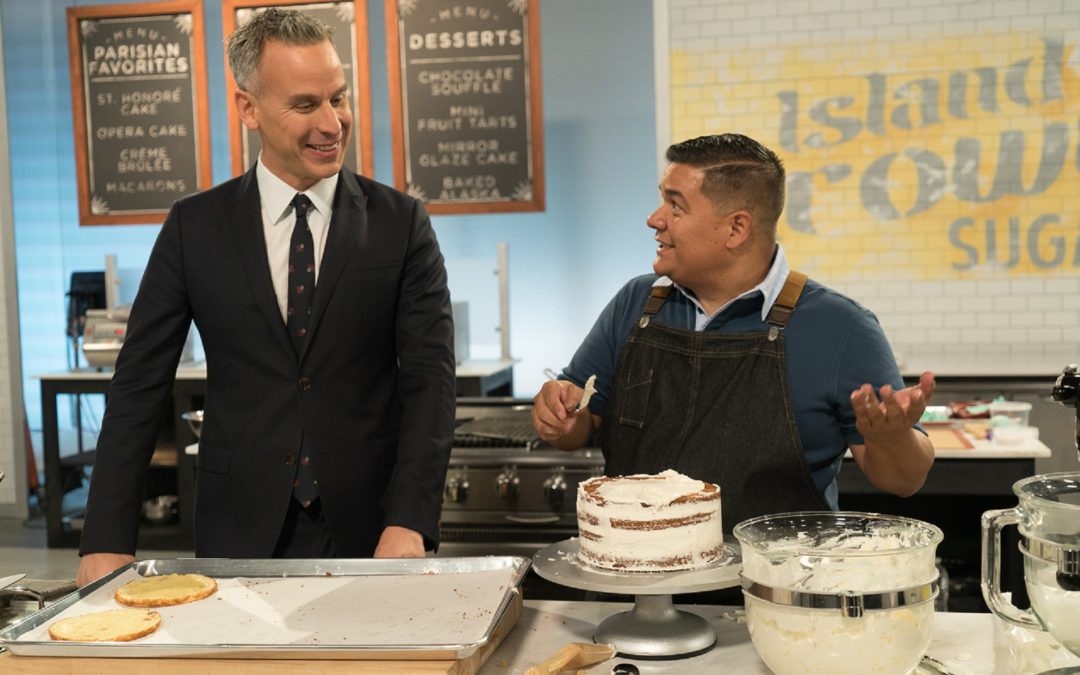 SALT LAKE CITY — If you recently caught the first episode of Food Network’s “Best Baker In America,” you may have recognized Adalberto Diaz Labrada.

The oft-smiley Cuban-American is one of Utah’s favorite pastry chefs, both because of his Salt Lake City shop on Main Street — Fillings & Emulsions — and also because of his frequent cooking segments on local news stations.

In recent years, the charismatic chef has claimed the American Culinary Federation’s (ACF) State, Western Regional, and National Pastry Chef of the Year awards, and this year, Labrada is looking to bring home Food Network’s title of “Best Baker in America.”

After Labrada sailed through last week’s cake competition, we at KSL.com were able to sneak him a few questions before we tune-in to this week’s meringue challenge.

Tell us about yourself.

Labrada: I was born in Cuba and came to the United States when I was 28 in the year 2000. I learned a lot about baking from both my grandmas and continued to learn from various recipe books. I am not professionally trained but have been learning my trade for years. In 2012 I became ACF Pastry Chef of the Year and in 2013 opened my pastry shop Fillings & Emulsions in Salt Lake City.

What other influences have shaped your cooking?

Labrada: I have had many influences in my cooking, starting with a famous Cuban TV celebrity Nitza Villapol and many other local and national chefs. One of the pastry chefs I admire the most is Chef Diana Fallis from UVU. She shared a lot of her knowledge with me during my tenure there.

You mentioned on your website that a person learns a lot about a culture by the way they celebrate. What did you learn about Utah during your first 4th of July parade in Provo?

Labrada: I was just arriving from Cuba and the difference in the culture was really apparent. The parade was quiet and there was no loud music or people dancing and drinking everywhere. I learned that Utah was a quieter and more modest place than Havana for sure.

You are no stranger to cooking on television. What is different about being on Food Network’s Best Baker in America?

Labrada: This is a competition against eight very seasoned bakers. The stakes are definitely higher.

Sugar has been getting a lot of negative press lately. How do you think that will affect the pastry world in the near future?

Labrada: We will always have pastries. We had the same issues with Atkins, the Gluten Free craze and now sugar. We will find the way to accommodate our product to the market demands. People will always need something sweet. It’s part of who we are, it makes us happy and it brings us together.

What’s the one thing on your menu at Fillings & Emulsions you wish every customer would try?

Labrada: My macaroons, of course! But our meat pies are amazing as well.

This week, Labrada will be facing off against six remaining chefs in both a macaron and baked Alaska challenge. You can check out the episode Wednesday night (Oct. 4) at 8 p.m. and you can also learn more about Labrada on his website.