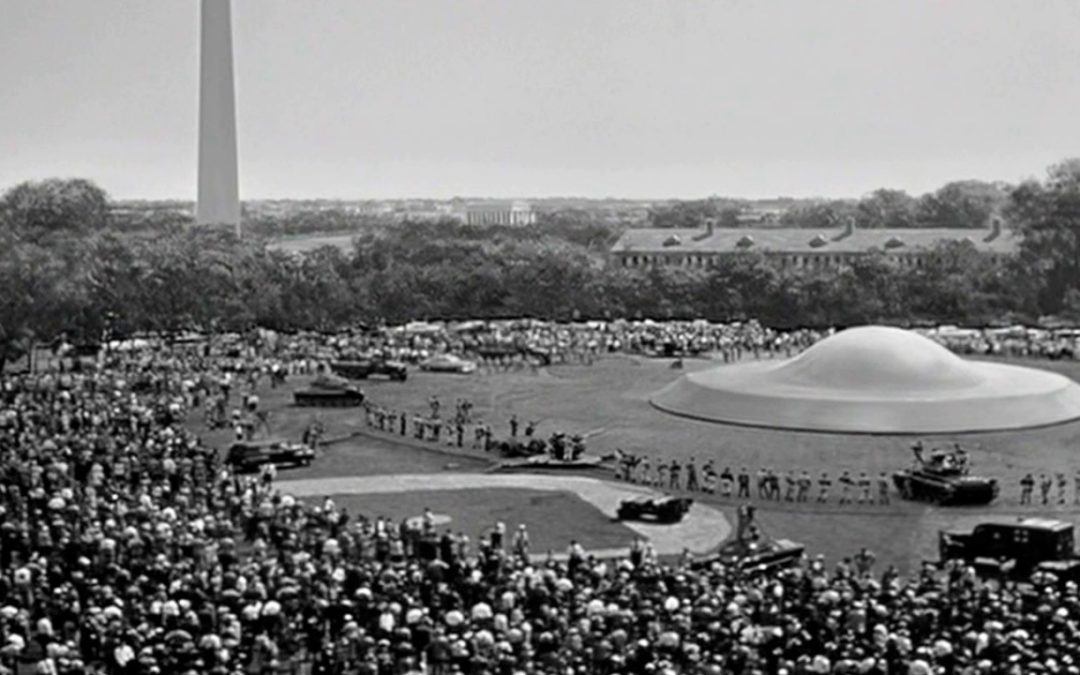 THE LIVING ROOM — A few months ago, I wrote an article about “7 essential movies for film buffs currently streaming on Netflix and Amazon Prime.”

The article focused on classic movies available on popular streaming services that in some way changed the filmmaking process or that maintain some significant place in Hollywood history. These are the movies that cinephiles see for the first time in a movie appreciation class or keep on their important-movies-to-see-before-I-die list.

However, because of the number of great films available among the three most popular streaming services (Netflix, Hulu and Amazon Prime), I limited the selection to just movies made before 1940.

In this article, we are following up with movies that meet the same criteria, but that were released between 1940 and 1979.

I made the mistake of attending the Andrew Lloyd Webber’s musical, “Sunset Boulevard,” before seeing the original 1950 movie. I say this is a mistake not because Lloyd Webber did a terrible job, but because he lifted the film’s dialogue for his lyrics, which meant I couldn’t listen to William Holden or Gloria Swanson deliver a line without anticipating familiar musical queues.

I tell you this as a warning, because you may very well enjoy both takes on the Hollywood story, but be careful of the order you take them in.

Why is this movie important?

“Sunset Boulevard” constantly references real actors, films, locations and shop-talk, and ultimately created the framework for every Hollywood love letter since. Next time you’re humming a tune from “Singing in the Rain” or “La La Land,” take a minute to think to yourself, “Thank you, ‘Sunset Boulevard.’”

I know the world loves their “Casablanca,” and with good reason, but personally, if I’m going to reach for a Humphrey Bogart movie, it’s going to be “The African Queen.”

Bogart and Katharine Hepburn give fantastic performances against this World War I set adventure, and the chemistry between the two actors, as they drift down the then-Belgian Congo, generated enough magic to land Bogart his only Best Actor Academy Award.

Not only was “The African Queen” the vehicle Bogart, Hepburn and director John Huston used to step into color filmmaking, but the movie is often listed as an example of what can happen when you cast the right two actors. Interestingly enough, while the world still considers Hepburn and Bogart a timeless onscreen couple, “The African Queen” was the only movie the pair did together.

“The Day the Earth Stood Still” was my first introduction to classic, black and white sci-fi, and it didn’t disappoint. Everything you would hope for in an iconic ’50s UFO movie is on display and ended with one of the most iconic movie speeches in film history.

Well, besides the ending monologue, which even if you aren’t going to watch the movie you should YouTube just to know the reference, “The Day the Earth Stood Still” was a crowning achievement in special effects. This is Hollywood’s first sincere effort to use miniatures for flying saucers and enlist a giant robot as a central character. But history probably remembers “The Day the Earth Stood Still” more for what it didn’t achieve than what it did — an Academy Award nomination.

“The Day the Earth Stood Still” is a very famous Oscar snub and is often cited as an example of award shows not giving science fiction and fantasy projects the respect they deserve. It might also be remembered for having a gloriously terrible remake starring Keanu Reeves.

I’m not going to lie to you. I own “On the Waterfront” because there was a time when the only way to see the movie was to buy yourself a copy, but I’ve never had a desire to give this film a second look.

People swear by “On the Waterfront,” and I’m told all the time, I’m crazy not to love it. But aside from noticing the obviously impressive Marlon Brando performance, this just wasn’t a movie that resonated with me.

So why is it on my list of movie recommendations?

Well, for one thing, it has the “I should’ve been a contender” speech, and every person who is trying to catch-up on their movie history needs to understand the context of the now-famous Brando delivery.

But more importantly, this was a very controversial movie for the time, and anyone interested in the history surrounding Joseph McCarthy will appreciate the similarities between director Elia Kazan’s admission before the House Un-American Activities Commission (HUAC) and protagonist Terry Malloy’s testimony. If you’re a fan of stories that act as commentary for the times they live in, you should definitely give “On the Waterfront” a watch.

Can anyone say the title, “Breakfast at Tiffany’s” without getting that ’90s Deep Blue Something song stuck in their head? It’s a shame really, since people should be thinking of “Moon River.”

Regardless, “Breakfast at Tiffany’s” is a regular on just about every “best 100 films of all times” compilations and is easily Audrey Hepburn’s most famous role.

Well, for one, Mickey Rooney’s take on the character, I. Y. Yunioshi, has practically become the poster child for racism in Hollywood. That’s not a reason to watch “Tiffany’s,” but it’s a piece of history you’ll take away from your movie night. Outside of the controversy, “Tiffany’s” is a classic example of an actor defining a role they weren’t supposed to land. Truman Capote famously wanted Marilyn Monroe to play the part of Holly Golightly, and while there are people who still wonder how Monroe would’ve played the part, no one would argue that everything we love about “Tiffany’s” rests on the shoulders of the very talented Hepburn.

“Patton” is a film that displays everything a moviegoer could ask for. It’s a 70 mm war-set epic based on a controversial and larger-than-life historical figure. “Patton” has career defining performances and more awards than an oversized trophy case knows what to do with.

Any time a film defines an actor’s career, it’s worth taking a look at. Yes, that goes for the bad films as well. But in George C. Scott’s case, he’d already enjoyed a respectable defining role in “Dr. Strangelove or: How I Learned to Stop Worrying and Love the Bomb.” Yes, in some ways Patton is an extension of Gen. ‘Buck’ Turgidson, but Scott injected enough realism into Patton that the Academy crowned him Best Actor in 1971.

Outside of Scott’s contributions to the movie, director Franklin J. Schaffner created a biography that embraced an American hero’s rough edges and even sold them as virtues.

Coppola’s vision for his Vietnam-based story embraces surrealistic sequences exploring the madness of war. The film was plagued with about every obstacle you could throw at a production, including weather, illness and personal crisis, yet the product originally included over six hours of material Coppola was ready to use. The film is often compared to Stanley Kubrick’s “2001: a Space Odyssey,” which should already tell you this is a different kind of war movie, and eventually went on to be nominated for eight Academy Awards.

“Apocalypse Now” is rated R for disturbing violent images, language, sexual content and some drug use.