8 movies coming to a theater near you in September 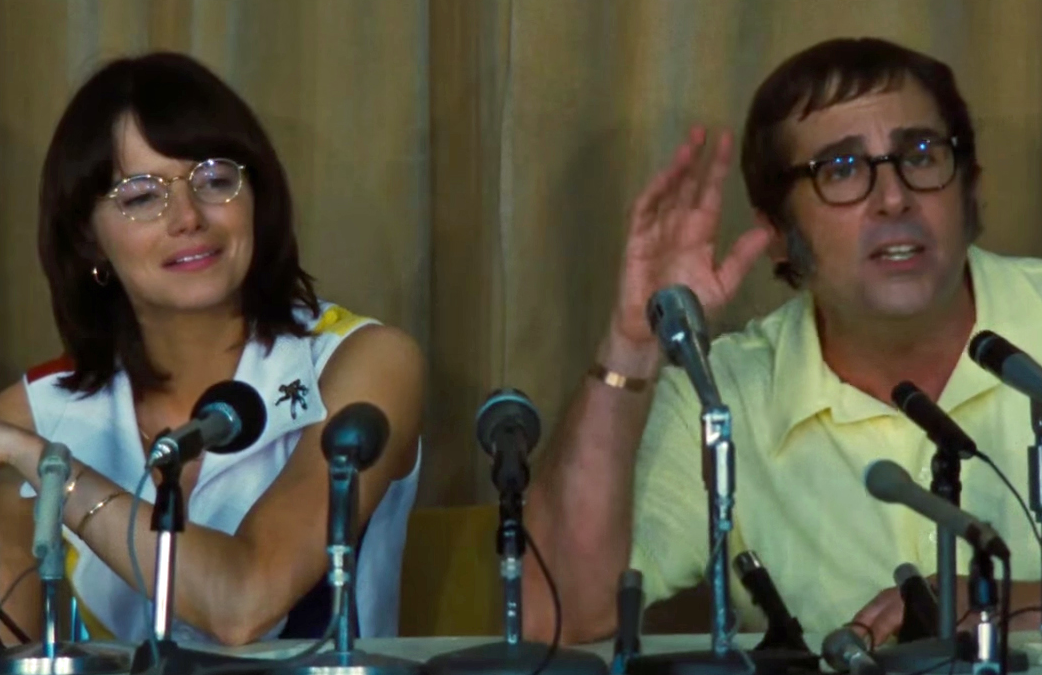 SALT LAKE CITY — Since MoviePass decided to drop its subscription fees to $9.95 a month, moviegoers have been signing up for the ticket-a-day service at a dizzying pace.

And why not? For less than the price of a single premium movie ticket, audiences now have access to any big-screen release, on any day, in an air conditioned, state-of-the-art theater. In many ways, MoviePass has become NetFlix for the big screen – only, instead of Netflix offering thousands of titles, MoviePass subscribers are limited to what’s playing at their local theater.

So, what is playing at your local theater? Is September a good time to look into a service like MoviePass?

Let’s take a look at eight of the biggest titles landing in theaters this month.

The 1977 classic, “Close Encounters of the Third Kind“ is making its way back to theaters on Sept. 1, sporting a new 4K makeover. Steven Spielberg’s science-fiction thriller was originally nominated for eight Academy Awards and starred Richard Dreyfuss and Teri Garr. The movie will only be in theaters for one week, after which it will be available for purchase on 4K Ultra HD and Blu-ray.

IMDB synopsis: After an encounter with UFOs, a line worker feels undeniably drawn to an isolated area in the wilderness where something spectacular is about to happen. Coulrophobia is no laughing matter.

Director Andy Muschietti’s take on Stephen King’s killer clown will soon be in theaters, and while critics have been asked not to comment on the film until Sept. 6, early audience reaction has been very positive. Flickreel covered some of the buzz here (language warning).

IMDB synopsis: A group of bullied kids with troubled family lives, band together when a monster, taking the appearance of a clown, begins hunting children.

Rated R for violence/horror, bloody images, and for language.

Reese Witherspoon is starring in this PG-13 comedy about a woman, three younger men, and the husband trying to come back into her life. The trailers for “Home Again” flip between raunchy comedy and family feel-good, so it’s hard to predict who this movie is for exactly. That said, Witherspoon fans and romantic comedy lovers may want to take a look at this Sept. 8 release.

IMDB synopsis: Life for a single mom in Los Angeles takes an unexpected turn when she allows three young guys to move in with her. Word on the street is director Darren Aronofsky is working hard to keep any and all details concerning “Mother!” under wraps.

The movie, starring Jennifer Lawrence, enjoys a trailer at least as creepy as Aronofsky’s occasional-mustache and is supported by a pretty phenomenal cast. If Aronofsky’s previous films are anything to go off of, “Mother!” will divide general audiences while also leaving them with a lot to think about.

IMDB synopsis: A couple’s relationship is tested when uninvited guests arrive at their home, disrupting their tranquil existence.

Michael Keaton is training elite super killers in the trailers leading up to “American Assassin.”

Based on Vince Flynn’s best-selling novel of the same name, “American Assassin” has the potential to be an interesting film if it can find a way to distinguish itself from the many revenge-driven movies before it.

Also, and this is a bit of a side note, even though Taylor Kitsch wasn’t an especially great Gambit and he did star in that one “John Carter” movie and also “Battleship” and that terrible “True Detective” season, I still find myself kind of pulling for the guy. I don’t know why Hollywood keeps giving him chances, but here’s hoping this is a project that works out for him. The first Kingsman was something of a surprise hit, grossing over $400 million on a $90 million budget. Not only did the Matthew Vaughn picture find commercial success, but “Kingsman: The Secret Service” earned a respectable CinemaScore despite an otherwise average response on RottenTomatoes.

IMDB synopsis: When their headquarters is destroyed and the world is held hostage, the Kingsman’s journey leads them to the discovery of an allied spy organization in the U.S. These two elite secret organizations must band together to defeat a common enemy.

So far, the big-screen Lego movies have been a lot of fun, and early marketing suggests “The Lego Ninjago Movie” will maintain the tradition.

With an eclectic cast ranging from Jackie Chan to Fred Armisen, “Ninjago” will utilize yet another popular play set while also introducing new heroes, villains and Master Builder know-how.

Studio synopsis: The battle for Ninjago City calls to action young Master Builder Lloyd, aka the Green Ninja, along with his friends, who are all secret ninja warriors. Led by Master Wu, as wisecracking as he is wise, they must defeat evil warlord Garmadon, The Worst Guy Ever, who also happens to be Lloyd’s dad.

Steve Carell continues to fascinate me. How that one guy from “The Daily Show” and the 2005 “Bewitched” movie has gone on to attract serious award attention in movies like “Foxcatcher” and “The Big Short” is beyond me. But he has, and the attention has been well deserved.

So, pairing him with last year’s Best Actress, Emma Stone, in a true story about a famous man-verse-woman tennis match sounds inspired, making this my most anticipated movie of the month.

IMDB synopsis: “The true story of the 1973 tennis match between World No. 1 Billie Jean King and ex-champ and serial hustler Bobby Riggs.”