‘Afterlife’ isn’t perfect, but it is the ‘Ghostbusters’ sequel you’ve been waiting for. 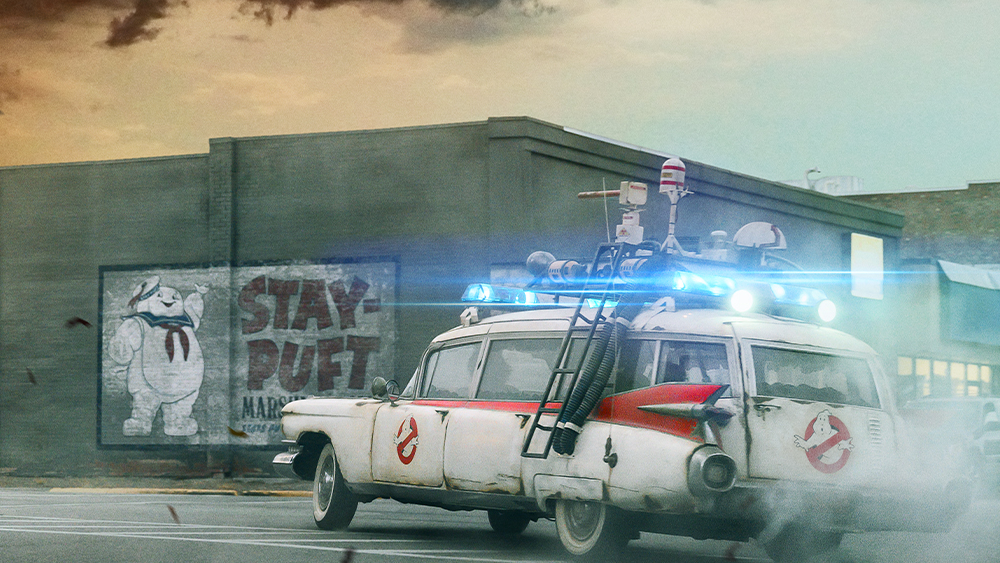 Ghostbusters: Afterlife – 3 stars out of 4

A month or two back I re-watched the original “Ghostbusters.” Re-watching a favorite movie from your childhood can be a tricky thing, but I was happy to see that my memories of greatness weren’t just soaked in nostalgia. “Ghostbusters” really is a fantastic movie, with a swagger and a charm all its own.

I wasn’t nervous going into “Ghostbusters: Afterlife” earlier this week, but I was well aware of the track record for long-awaited comedy sequels. As much as I enjoyed movies like “Zoolander” and “Anchorman”—and I’d put TV’s “Arrested Development” on this list, too—their follow-ups rarely amounted to more than glorified reunion specials.

“Afterlife” looked like it was going to be more of a passing of the torch, like “Force Awakens,” focusing on a new group of up-and-coming heroes to carry the story into the future. I make a point of avoiding as much of the spoiler-filled pre-publicity I can for these kinds of movies, but what little I did see didn’t suggest much participation from the original cast.

So I went in with cautious optimism.

What I found wasn’t perfect, but it was genuinely fun. It also tugged at the heartstrings and played the nostalgia card, though not quite in the way I expected. I would have re-written the hasty and clumsy third act, but overall, “Afterlife” is one of the rare movies from the last two years that I’d be happy to watch again. And for a lot of people, that’s really all you need to know.

But for the sake of everyone else, here’s a little more detailed breakdown:

“Afterlife” picks up in our present day, almost (cough) 40 years after Manhattan first fell under the trance of a paranormal infestation and the witty quartet of heroes who rose to fight it. This time, though, we’re far from New York City, though some spooky happenings at a rickety old farmhouse in Oklahoma hit some familiar chords.

After a mysterious opening scene, a single mother and her two kids arrive in town to inherit the farmhouse, which, since they’re down on their luck, will be their permanent home for the forseeable future. For teenage Trevor (Finn Wolfhard), that isn’t so bad, once he scopes out a pretty girl at the local drive-in. For his kid sister Phoebe (Mckenna Grace), it might mean a ticket out of social isolation. For mom (Carrie Coon), it could even mean a new relationship, in the form of Phoebe’s summer school science teacher Mr. Grooberson (Paul Rudd).

At a steady pace, the scenes to come reveal what has really been going on at that old farmhouse, and that the previous owner was none other than Egon Spengler, brainiest of the Ghostbusters, and apparently a delinquent dad. Separately, Phoebe and Trevor manage to dig up Egon’s proton pack and the original Ecto-1, and the more they learn about their grandfather’s work, we realize they’ve come along at just the right time.

What results is a charming balance of nostalgic callbacks and clever storytelling, powered by likable new characters and sharp direction from Jason Reitman, whose father Ivan directed the original film. Again, the foreboding build of the first two acts becomes a little rushed once everything goes crazy in the third, but no one should walk away from the theater unhappy.

Movies like this always go out of their way to offer up a strong dose of nostalgia for longtime fans, and “Afterlife” is packed with plenty of knowing nods to its past. But what makes this one different is its very conscious effort to memorialize Harold Ramis, the actor who played Egon, and who passed away back in 2014. “Afterlife” could have a whole host of technical problems, and still be forgiven for the way it is determined to embrace its fallen hero. When you roll in the real-life relationship between Ramis and Bill Murray, then consider how even the original film acted as a kind of memorial for writer/actor Dan Aykroyd’s buddy John Belushi, the “Ghostbusters” films really take on a special and unexpected quality.

Altogether, “Ghostbusters: Afterlife” won’t make the short list for Best Picture at the Oscars, but it will be remembered as one of the best movies of 2021.