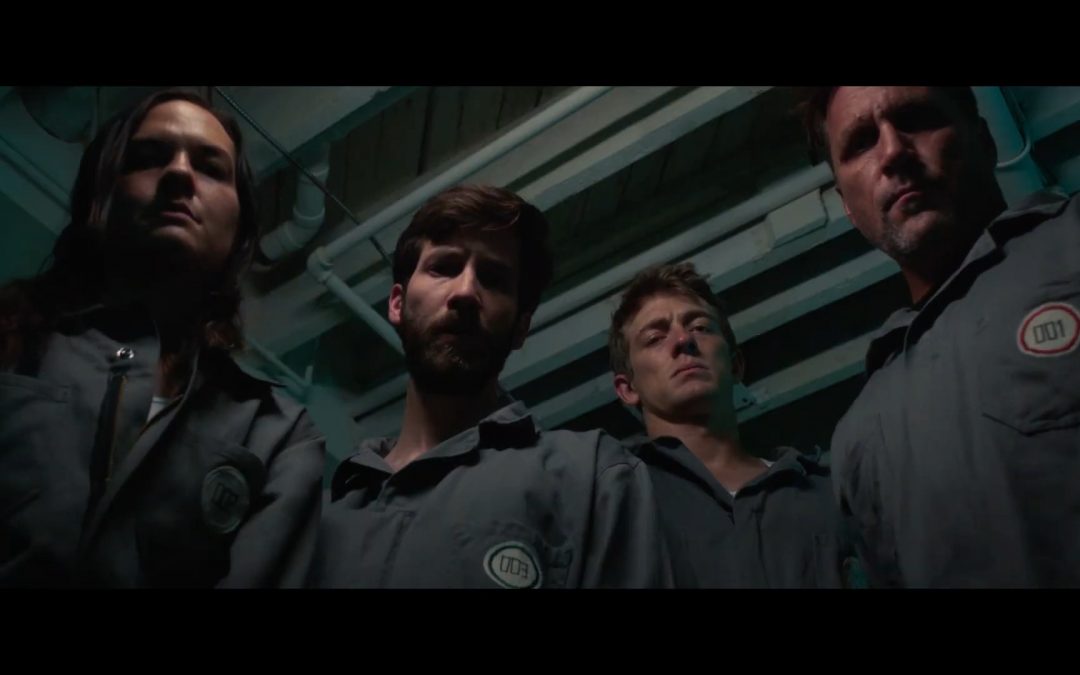 Five people suddenly wake up from cryosleep in a mysterious underground facility with no immediate recollection of who they are or why they are there. As they get a sense of their roles and situation, not all is as it appears as each person seems to be concealing their own secrets.

Although it is a local, independently made film, there are some very impressive elements. My favorite part has to be the location. The bones of the facility has a cool texture, and it is dressed like a puzzling underground lab. While I don’t usually like intense monochromatic color schemes, the lighting and coloring made the visuals very interesting, adding a lot to the tone. While these were physical tools that built the tension, there’s a great deal of attention given to the psychological side through how scenes are cut together and how sound is manipulated. I watched this one at home, but I imagine experiencing the sound in a theater would be incredible.

The performances were all pretty good—I always love seeing Michael Flynn—except for Curt Doussett whose aggression sets audience suspicions off balance. I really wanted to foster an even distrust with each character, but Doussett came off a little strong, conveniently knowing too much right off the bat. I don’t think it’s his fault but the script’s, because the opening scenes when everyone first gets together are pretty clunky with him being the worst culprit of bad dialogue. The dialogue throughout was awkward, as each character spoke perfectly one at a time like in a play. Natural arguments where characters are speaking over one another would have been more realistic and would have picked up the pacing.

Besides those issues, I love how the script turns on each character like in a game of Clue. In fact, there happens to be a clever scene of characters playing the game in the first half to get them bonding. In addition to Clue, there are many allusions and references that nicely tie into the story and made me an active audience member, constantly guessing what would happen next.

The story itself is unlike anything I had seen before. It makes you feel uneasy like “Ex Machina” and claustrophobic like “10 Cloverfield Lane” with other familiar themes from the genre, but I don’t really want to compare this movie because it does feel unique. The ending is so satisfying and thoroughly enjoyable to see unfold. The only thing that would have made it better was fixing some inconsistencies with injuries and placement in the facility; I think it was intentional, but they looked like mistakes, and it detracted a little from the big reveal when it could have enhanced it.

All in all, while it isn’t without its flaws, this was a very well-crafted film by people who were clearly passionate about telling an interesting story, which is what I have been craving in modern cinema. And let’s not forget that this was directed by Utah filmmaker Barrett Burgin, filmed in Provo, with a Utah crew! For something of this caliber, that’s a big deal and I hope it does well once it gets a wider release in select theaters June 24th and VOD June 28th.

More than anything, the tone is what would make this one too scary for young kids with the red lights, a featured pool of blood, and mysterious shadowy figures following the main characters. One of the opening scenes features the silhouette of a nude woman as she leaves her cryochamber, but nothing is ever shown. It wasn’t until one scene with a couple of swear words (including an F-bomb) that I realized there hadn’t been any language in this movie. I wish they didn’t put any in because the few profanities seemed oddly placed in an otherwise fairly clean film. There are also some intense scenes of physical conflict, but there isn’t any gore. Definitely a PG-13 but a comparatively safe one.