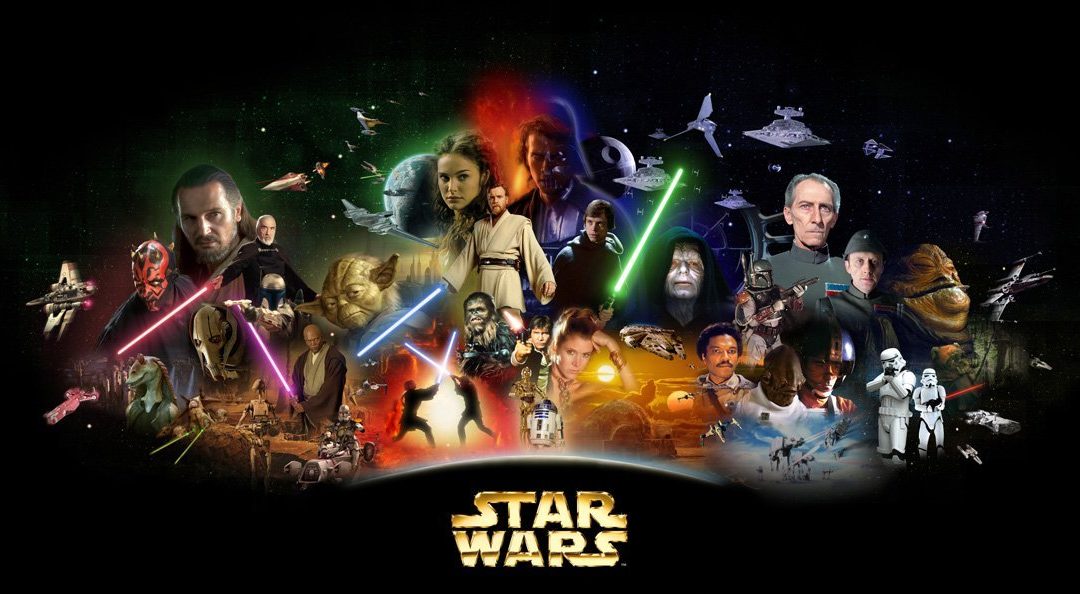 THE DEATH STAR — Recently, I received a random text from a friend who said, “We’re at Benihana tonight and debating the ‘proper’ viewing order of “Star Wars.”

Like most people reading this, my first thought was, “What is there to debate? You start with “Star Wars: Episode I – The Phantom Menace,” throw “Rogue One: A Star Wars Story” in before the original films and wrap everything up with “Star Wars: The Force Awakens.” It’s simple, right?

But as we continued the back-and-forth text, I realized my friend wasn’t asking an obvious question about the “Star Wars” timeline. Instead, he wanted to know how I would introduce someone to “Star Wars” for the first time. Would I really lead with the prequels? Is it important to introduce Luke and Leia before or after you meet Anakin Skywalker?

I’ve heard some pretty compelling arguments for what at first seemed like random viewing arrangements, so I’m definitely not claiming I’ve found the perfect experience. But, to answer my friend’s question once and for all, here is my personal take on the right order to experience a “Star Wars” marathon.

It’s probably no revelation that I see Luke and Leia as the central figures of the “Star Wars” experience. Even though they don’t exist in the prequels, they’re still the characters that will eventually undo the tangled mess we find ourselves in after “Star Wars: Episode III – Revenge of the Sith,” and the characters future heroes look to in “The Force Awakens.”

Maybe the next two movies will change my perspective, but as of today, I would begin a “Star Wars” marathon with the story that started it all.

Now that we know Luke and Leia, it’s time for a flashback.

I would switch to the prequels after “Episode IV” for two reasons. One, we just lost Obi-Wan Kenobi, and understanding his history will make his later, ghostly appearances a little more meaningful. And two, it seems important to meet Luke’s father for the first time as Anakin Skywalker. If anything, it explains why Luke sounds the way he does when talking about Tosche Station.

Full disclosure, I probably wouldn’t make someone sit through “Attack of the Clones” unless they were really adamant about seeing every movie.

Instead, I’d just talk through the highlights, skip to Yoda confronting his padawan — maybe show off the Obi-Wan and Jango fight and possibly some clone war scenes — and then move onto my next selection. To me, “Attack of the Clones” is the worst chapter of the “Star Wars” saga and telling a first-timer “Anakin and Padmé fall in love” is a lot easier to endure than hearing Anakin yammer on about how much he hates sand.

After slogging through “Attack of the Clones,” it would be time to come back to the original trilogy.

We won’t know exactly how Anakin becomes the coolest sounding bad guy in the galaxy, but hopefully, the additional backstory will lend some weight to that legendary father-son moment. Also, not knowing about the events of Episode III will go a long way in maintaining some level of sympathy for Darth Vader. Once we find out about the younglings and his history of domestic violence, there isn’t much that can be done to redeem the galactic baddie.

Oh, and one other note, Episode II is a pretty good lead-in for the emperor’s original trilogy appearance as well.

Moving from “The Empire Strikes Back” to “Revenge of the Sith” may seem especially bleak, but just think how much more rewarding “Return of the Jedi” will be after the back-to-back downers.

Not only does “Revenge of the Sith” end with the world in chaos, but it also depicts the pinnacle of both Darth Vader’s and the emperor’s villainy. Witnessing Yoda ultimately fall to Palpatine’s senate-throwing ways makes the supreme chancellor even more dangerous in “Return of the Jedi’s” finale. “Revenge of the Sith” also wraps up the Anakin and Obi-Wan story which is a great tie-in to Luke’s questions for Kenobi, and of course, it ends with the birth of our two original trilogy protagonists.

“Return of the Jedi” is really the final chapter to both the prequels and the original trilogy.

By this point, all of the good guys from the original trilogy have passed on, leaving Luke, Leia and Han to do what Yoda, Mace and Obi-Wan never could — bring down the emperor.

Personally, I don’t see “Return of the Jedi” as enough to redeem a child-killing whiney pants like Darth Vader, but it does celebrate Luke’s commitment to the light side of the force. By placing “Return of the Jedi” after “Revenge of the Sith,” instead of “Empire Strikes Back,” we’re able to see a direct comparison between the way Luke and Anakin deal with the temptations of the dark side.

Now that everything has wrapped up nicely, it’s time for something completely different.

After chatting with a few people about the proper order for a “Star Wars” marathon, I’ve found myself alone in believing “Rogue One” should come after “A New Hope.”

I get it — the Death Star’s weakness does seem like a bit of a plot hole without the backstory of Jyn Erso and her undercover dad. And, I understand Darth Vader’s closing “Rogue One” lightsaber spectacular is the perfect lead-in to “A New Hope.” But personally, I don’t see a good place to drop a 133-minute aside in the middle of the Skywalker saga. Even tacking it to the beginning of your marathon creates an especially long and not entirely relevant thread of exposition.

Instead, save it for the long break between Episodes VI and VII. “Rogue” can act as one of those “Oh, by the way” moments before you come back and say, “Now, let’s see what happens 30 years after the empire falls.”

I imagine there could be a creative case made for starting with “The Force Awakens,” but I think this film works best as the current cap of the series — especially if you really are running through this marathon before “The Last Jedi.”

At the time of writing this, I don’t know if Rey ties back to the earlier chapters in any significant way which means Rey, Poe and Finn are starting something entirely new. I guess I should add the caveat that if Snoke turns out to be the evil behind the first six movies, that could change where I place “The Force Awakens” in a future marathon as well.

Based on my current understanding, however, “The Force Awakens” is exactly where it should be.

Am I hoping “The Last Jedi” throws in a few twists that scatter this entire list? Absolutely. But until that happens, this is how I would run my own “Star Wars” marathon.