Pixar is back to its heartstring-tugging ways with ‘Coco’ 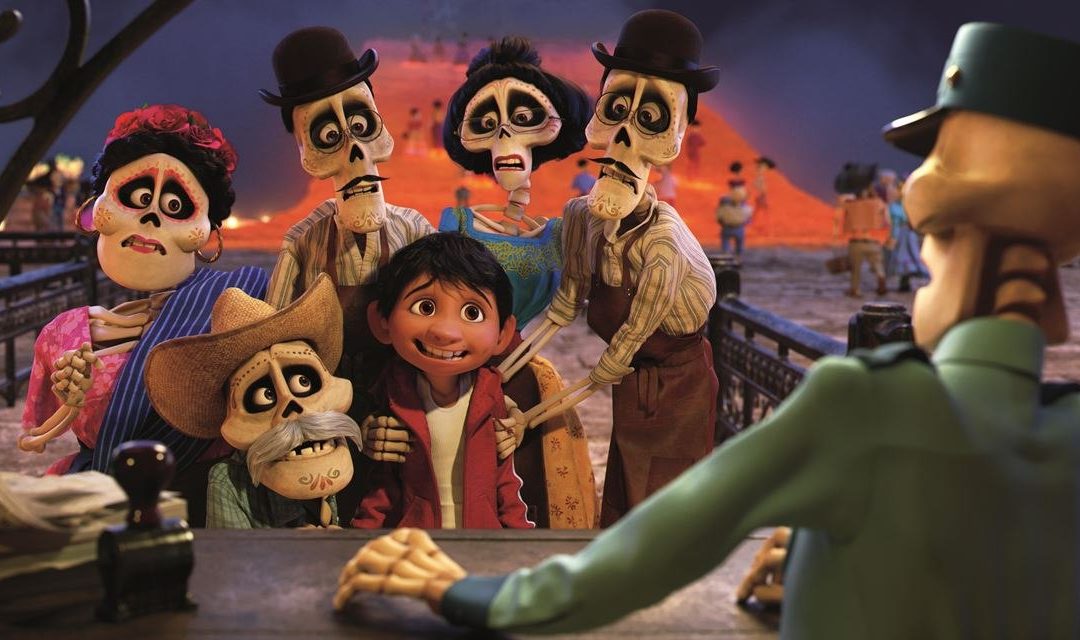 THE HEREAFTER – Pixar made me cry again.

In front of colleagues, friends and family, I found myself dabbing the corners of my eyes with my ring finger — trying to be manly but not so manly that I looked like one of those guys who’s afraid to show emotion.

Like the rest of the world, I was very unprepared for the first 11 minutes and 33 seconds of “Up.” Shortly after Carl and Ellie lie in the grass pointing out baby-shaped clouds, Pixar puréed my heart with the katanas of a thousand weeping samurais.

Then there was “Inside Out,” which seemed to emotionally assault different people at different times, and no one escaped its runtime with dry eyes.

Why? Why did Riley’s mom ask her daughter to keep being happy? Not only did that one conversation make parents everywhere question their best intentions, but we suddenly realized how much of our emotional baggage we pass on to our children. If that isn’t enough to make parents cry, Pixar invites Bing Bong to the party.

“Coco,” however, is less subtle.

Audiences will detect “Coco’s” tear-jerking landmines miles before impact, so they’ll feel prepared. They’ll see Miguel (Anthony Gonzalez) walk into that room, hear the music, notice his family, and then think, “You don’t get my tears this time, Pixar!” Audiences will then try to shift their minds to a favorite full-contact sport or some outstanding home improvement project, but it won’t be enough.

“Coco” is Pixar at its finest, and when Pixar is good, no heart is safe from its emotional puppeteering.

Before reading the premise section, let me preface this by saying I very much enjoyed not knowing where “Coco” was going. As a result, I suggest ignoring this part of the article. If you can handle the mystery, go ahead and skip down to “The holiday movie” section and continue from there.

However, if you’re someone who needs to know what a movie is about before investing your hard-earned cash, well, this piece is for you.

Like his great-great-grandfather before him, young Miguel wants nothing more in life than to become a musician.

Unfortunately, family legend suggests Miguel’s great-great-grandfather abandoned his young family in pursuit of fame and fortune, sparking a generational belief that music is the enemy of family values. When Miguel is forced to choose between music and family, during Santa Cecilia’s Día de los Muertos celebration, he embarks on an adventure that teaches him the value of tradition and the importance of remembering those who came before.

It’s true, “Coco” didn’t have a long list of Día de los Muertos movies to conquer before crowning itself king of the mountain, but “Coco” is more than a just good Day of the Dead movie. In fact, “Coco” may be the new gold standard for any holiday movie.

Like so many tradition-based tales before it, “Coco” understands its responsibility to educate new audiences, while also reminding veterans of their favorite seasonal elements. But unlike most holiday movies, “Coco” never forgets the story comes first.

Día de los Muertos is part of what makes Miguel’s journey so compelling, but it never becomes the reason for telling Miguel’s story in the first place. Pixar’s commitment to Miguel not only elevates “Coco” into that elite circle of Disney’s finest, but it also honors a beautiful tradition as it’s observed through the eyes of an earnest protagonist.

It’s always a nice surprise to think back on a science-fiction or fantasy tale without some jarring discrepancy.

How many movies with intricate settings or magical components do we enjoy in the movie theater only to ask 24 hours later, “Wait — did that even make sense?”

To the credit of writers and directors Lee Unkrich and Adrian Molina, “Coco” takes place in a complete and fully-operational universe that both defines and obeys its own rules. This becomes especially important as Héctor (Gael García Bernal), a resident of the afterlife, devises a strategy to help our young hero. Not only does the character need to consider laws of magic and afterlife mechanics, but he’s also required to factor in family logistics as well.

It plays out as a brief moment of comedy in the story, but when you stop to contemplate how many moving pieces the storytellers had to juggle in order for his conclusion to make sense, it’s exhausting.

True, we’ve come to expect this level of quality from the company that brought us Monstropolis and Riley’s brain, but one look at any time-travel tale or superheroic timeline should act as a reminder of how truly impressive great world building is.

Can you believe it’s been 20 plus years since the first Toy Story?

Since that time, we’ve seen monsters power cities with laughter, houses carried off by helium balloons and robots searching Earth for new signs of life.

Pixar now has a long history of original and truly moving adventures, which is both wonderful, and leads us to my only real criticism of “Coco.”

There are fragments of previous Pixar movies scattered throughout “Coco’s” 109-minute runtime, and I’m not talking about adorable Easter eggs. I’m talking about moments that feel almost copied and pasted from other movies. Whether it’s the driving “anyone can cook” motto, WALL•E watching classic VHS tapes or Bing Bong starting to fade away at the bottom of an inescapable pit, you’re going to raise an eyebrow to more than a few references.

Will it ruin the movie for you? Absolutely not. In fact, it won’t even prevent “Coco” from standing out as one of Pixar’s best films. That said, it does make me wonder even how much better “Coco” could’ve been if it distanced itself from an already proven playbook.

If you’re a fan of animation, 2017 has really let you down. This is a year where neither “The Emoji Movie” or “The Boss Baby” feel ashamed requesting Academy consideration. You really should take a minute to let that sink in. Last year “Kubo and the Two Strings,” “My Life as a Zucchini” and “Moana” fell short in a fierce battle against “Zootopia.” This year, “Coco” may have the esteemed privilege of beating out a poop emoji for Best Animated Picture.

The good news is “Coco’s” release saves history from remembering “Captain Underpants: The First Epic Movie” as the best 2017 had to offer. The bad news is “Coco” deserved a chance to win against better movies.

That may all seem like an aside, but in a nutshell what I’m saying is “Coco” will go down as one of the great Disney/Pixar films, and rightfully so. It’s beautiful, it’s moving, and best of all, it has a reason for being. If your family has a history of seeing movies during the Thanksgiving weekend, Pixar’s latest is definitely worth your consideration.