Retro movie review: ‘Harvey’ must be oh so smart or oh so pleasant 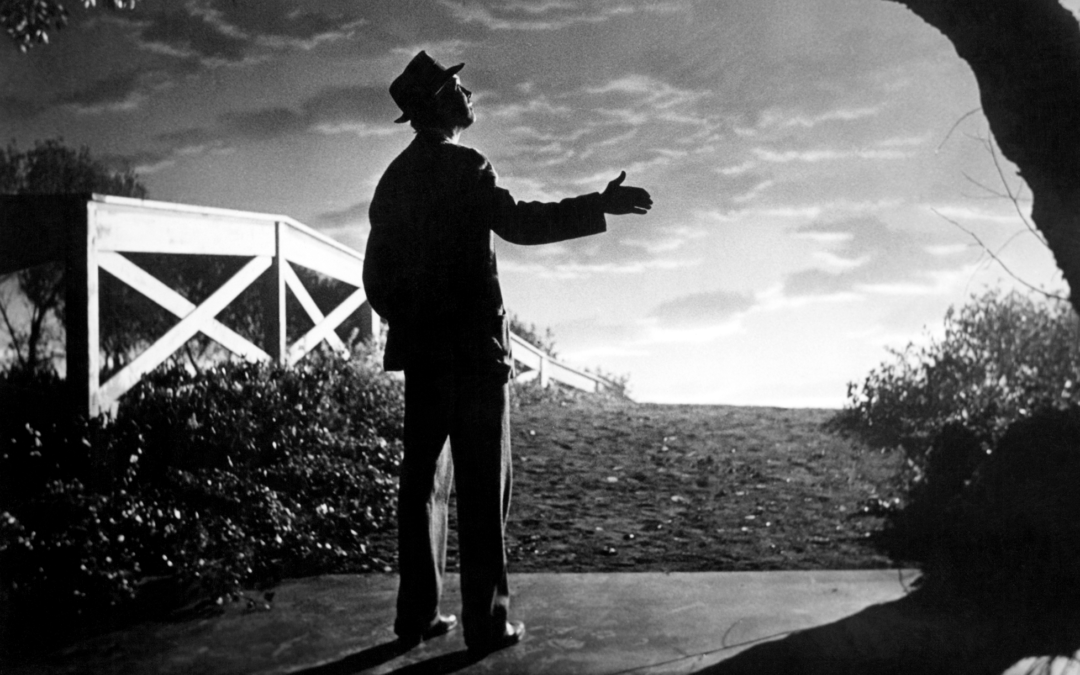 This is pretty much a reprint of a review I did back in the day for KSL.

In the near future, I’ll get to the state of things here at Utah.film and what happened over there at KSL.com, but for now, I’m enjoying going through my personal archives.

In a nutshell, this review came after an interview I did with local director, Kohl Glass. I was rereading the transcript of the conversation when I came across a line by Glass which read:

“Elwood P. Dowd is, in my opinion, one of the greatest characters in cinema history. He is so truly genuine and kind that it’s hard not to watch this movie over and over just to spend more time with him and his invisible 6′ 3.5″ tall best friend.”

After rereading the quote, I was lucky enough to find “Harvey” in one of those $5 movie bins, so I made plans for a lazy evening with the lovable classic. The DVD included a special introduction by Stewart, who noted:

“Of all the films I’ve made, ‘Harvey’ is one of my favorites. There’s just no question about that. I have a special admiration and love for that big white rabbit.”
The review

In a way, Glass summed up the entire movie. “Harvey” is a leisurely paced, black-and-white film with almost no soundtrack and a pretty random storyline, but I enjoyed it in the same way I enjoy hanging out with an old friend. It’s late at night, the conversation is trivial and circling, but give me latte and a few pretzels and I’m hoping things continue until sunrise.

In the film, Stewart plays Elwood P. Dowd, a perceived village idiot who loves meeting new people and introducing them to his best friend, Harvey — an invisible 6-foot-3.5 tall rabbit.

This behavior would probably go unnoticed — since Dowd spends most of his time down at the local pub where patrons are more accepting of invisible rabbits — but Dowd’s sister, Josephine Hull, and niece, Myrtle Mae, are desperate to keep up social appearances; and each time they try to host respectable guests, Dowd returns home with a new friend he met at the bar, and of course, Harvey.

Frustrated, and feeling Myrtle Mae’s future is more important than Dowd’s aimless lifestyle, Josephine commits Elwood to the local asylum. There, the doctors promise Josephine that with a single shot, they can cure Dowd of his “hallucinations,” while also making him the down-to-earth, responsible man he’s supposed to be.

Sound bizarre? Maybe it is. But it is in the most lovable way imaginable.

At its core, “Harvey” asks the question, “Where is the line we draw when it comes to accepting the people we love, and standing up for personal convenience?” And, you know, it may not an entirely selfish question.

As the story progresses, and things look more and more bleak for Dowd, I found myself agreeing a little bit with Josephine. Even Dowd’s life would be so much easier if he was just a little less nice. But as Dowd explains to one of his doctors in the film:

“Harvey” is wonderful, no question, first and foremost because of Stewart’s performance. Actors who can sell genuine chemistry with their cast-mates are always the most fun to watch. But Stewart sells an authentic connection with the air next to him, and in that way, I loved the air next to him — which we as the audience presume is a very tall invisible rabbit.

When the movie ends, as Glass pointed out, it’s like saying goodbye to the most likable house-guest you’ve ever had the good fortune of inviting into your home. The supporting cast is definitely fun, and there’s plenty to like about the 1950s film. But what you’ll remember about “Harvey” — what you’ll love and ultimately come back again and again for when it comes to “Harvey” — is that chance to spend some time with the oh-so-pleasant Elwood P. Dowd.