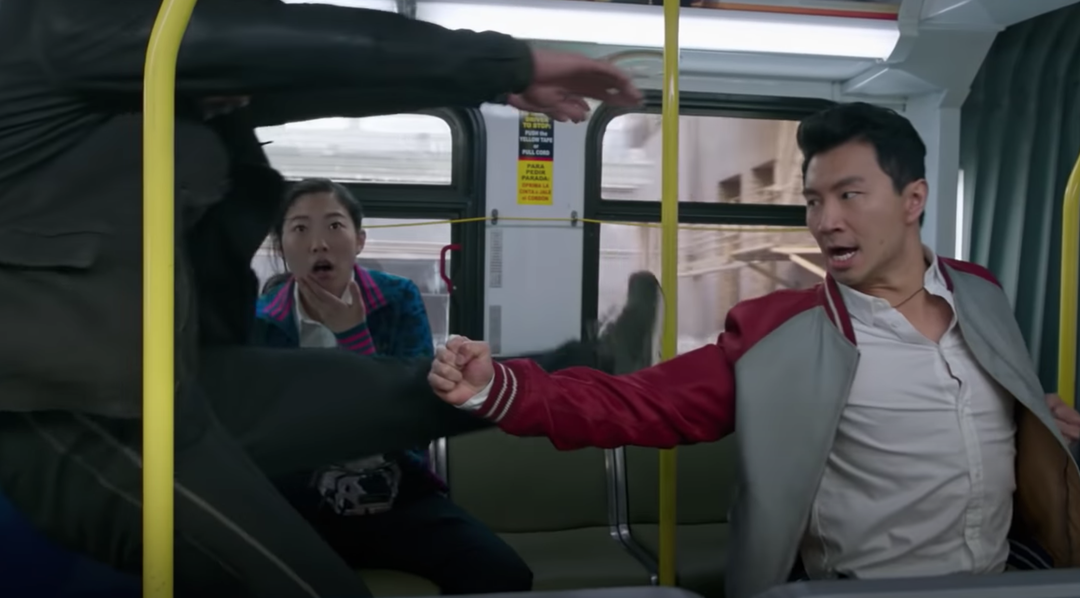 Shaun (Simu Liu) lives an aimless life as a valet attendant until his past catches up with him. Much to the surprise of his best friend, Katy (Awkwafina), he turns out to be the son of powerful Kung Fu masters, one of whom is a power-hungry immortal warlord (Tony Chiu-Wai Leung) who possesses the power of ten rings. He must team up with Katy and his sister (Meng’er Zhang) to stop his father from unwittingly releasing a great evil into the world.

I could be alone in this or preaching to the choir, but I have felt a lot of Marvel fatigue since Endgame. It has felt like too much of a chore to watch each new movie and TV series just to pick up every necessary minuscule detail to know what is going on in the bigger releases. I was going to pass on this one, but I am so glad I didn’t! It may be the highest quality film Marvel has made yet. It’s different from what they’ve done before, but they were very clever in how they embedded it into the MCU. Shang-Chi is the movie I didn’t know I wanted.

I’m intentionally being vague on the plot because the way this movie feeds its audience little pieces of background at a time is crafted so well. Each character possesses a deep personal and cultural history. They all have unique challenges but all tied to universal themes of power, potential, and family.

The dad is one of the more fleshed out lesser known Marvel antagonists I’ve seen. He was complex and you felt his pain while also feeling uneasy anytime he was on screen. I also need to point out Awkwafina’s performance; this actress needs to be in every movie! Her mix of humor and heart make her so fascinating to watch, especially in a leading role.

Keeping it in Motion

Not only is the story so well developed, but all of the technical elements of this film are incredible. I hope to see this as a contender for the Visual Effects, Sound Mixing and/or Original Score Academy Awards.

A lot of thought went into the camera use and choreography to help tell the story and to create amazing fight scenes. It hearkens to old classic martial arts films that have inspired Hollywood for decades (like The Matrix), but here we see an ancient world mixed with modern technology magic in a beautifully unique and artistically crafted way.

The violence is mild gore-wise, but it is very intense in tone since fights are longer with hand to hand combat sequences. One thing that might dissuade parents is the amount of times “s**t” is used, typically as a joke.