The Fun in “Uncharted” Truly Respects its Brilliant Source Material 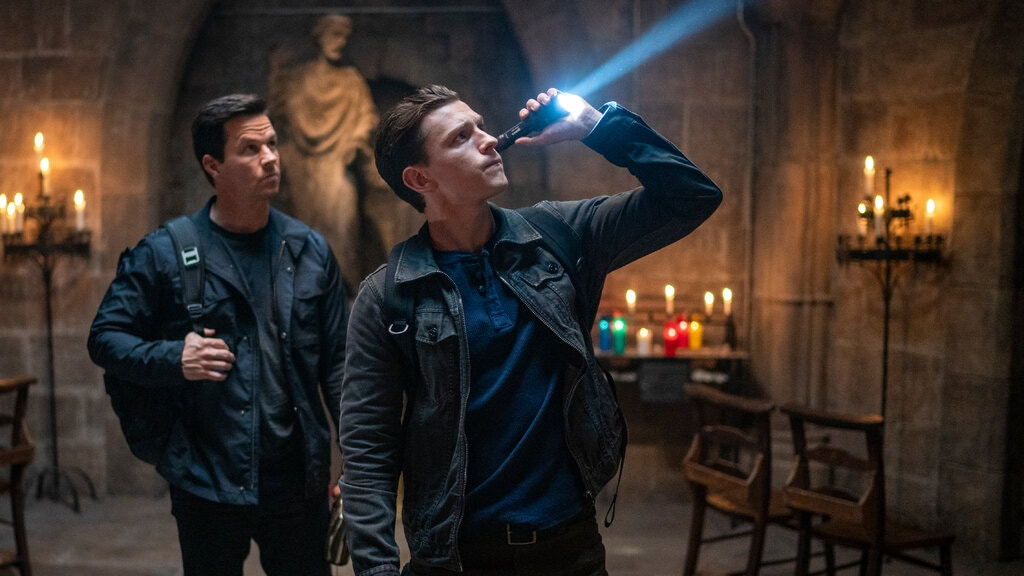 Nathan Drake (Tom Holland) is a scrappy young thief who uses his extensive knowledge and charisma to float through life. That is until Victor Sullivan (Mark Wahlberg) reveals that he worked with Nate’s brother to search for Magellan’s lost treasure, introducing Nate to a world of adventure, distrust, and danger.

I came into this film with extremely high expectations. “Uncharted” is one of my all-time favorite video game franchises. It is so much fun with charming characters and tried and true tropes. I was very excited when this movie was announced.

The biggest praise I have for the film is the fact that it feels written exactly like the games. Not in a pandering way, but very sincerely on point. From the witty banter to the catchphrases to the plot twists, the script nailed this adaptation. The movie even begins with a flash forward to a high danger moment similar to how nearly every game in the series begins. The side and villain characters fit in really well with the intense treasure-hunting world. There’s a scene near the climax when Holland becomes Drake more officially and the main theme swells, and it is just a beautiful moment. The whole movie reflects that classic fun adventure story that creates a fantastic movie night whether you are a fan of the source material or of the adventure genre.

The action was harder to see than I would have liked, which is such a shame because there are some amazing visuals and stunt work on display. The close-up handheld shots make it hard to understand what was going on in the middle of fight and chase scenes. Perhaps it will appear less shaky on a smaller screen at home, but in theaters, that was a huge disappointment.

I was worried about seeing this movie once trailers came out because Holland and Wahlberg do not reflect the original Drake and Sully character archetypes. Holland was very charismatic and fun, but surrounded by alcohol a surprising amount of times, presumably to help us see him more as an adult but that’s still a tough sell for me. Wahlberg as Sully was even more difficult for me, but that’s not his fault because he gave solid deliveries for every line. His age did make it a little challenging because he’s supposed to be this father (almost grandfather) figure, but the story made him more immature to force him through an arc that lessened his likeability. I like it when Sully’s motivations are mysterious, but they seemed more sinister in this one which bummed me out.

I believe the goal here was to establish the origins of these characters in a new way, and the post-credit scene redeemed it’s flaws, making it feel even more like the story and characters I know and love. They made a solid franchise their own and it worked. It’s not an exact adaptation but it captures the spirit of what “Uncharted” is. I’m looking forward to seeing more!

*PS Be on the lookout for the Nolan North cameo!*

This is a pretty basic PG-13. There isn’t any sexual content or nudity (but you can ogle at Tom Holland’s bare torso a time or two). Some mild fighting sequences with guns and swords take place that aren’t really graphic; there are some throat cuts that aren’t blatantly shown but could be a little alarming for young viewers. I was very surprised by the amount of times “s**t” was said, considering that this is a franchise where Drake’s “Crap!” response is so iconic. Depending on how you feel about language, this is a pretty safe movie for any kids used to Marvel-level action.