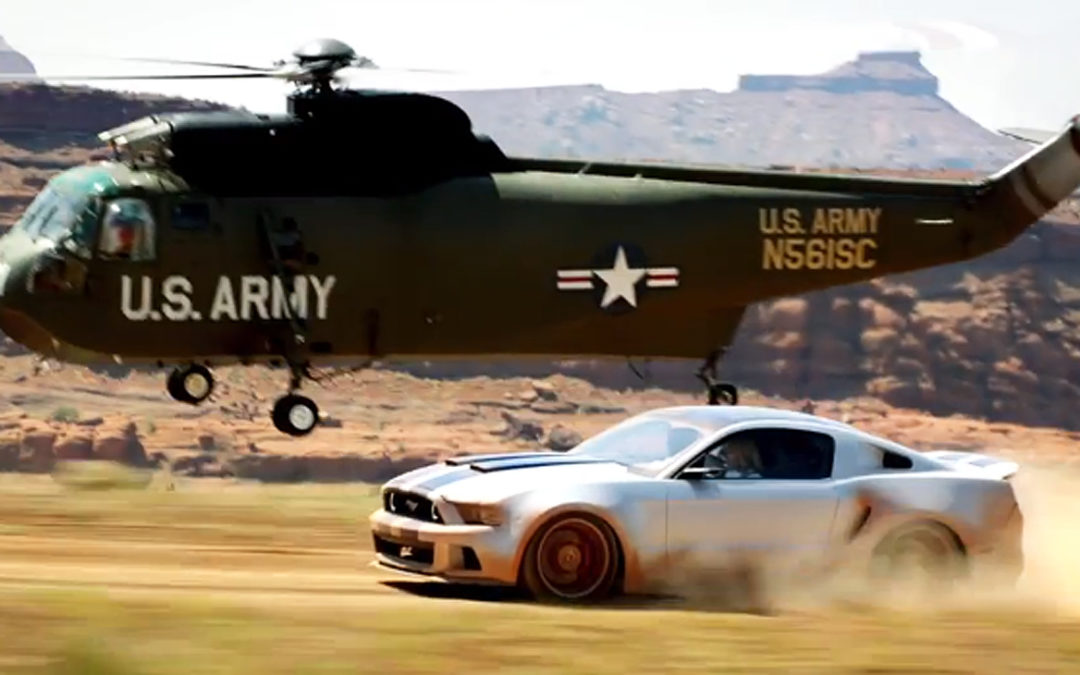 SALT LAKE CITY — Back in 2014, I was sitting in a press screening for the movie “Need for Speed,” starring “Breaking Bad’s” Aaron Paul.

As you may have already heard, the movie was pretty not great, and for most of the film’s 132-minute runtime, I could look around the theater to see people yawning, checking their watch or slumping further into their chair while we all waited for the closing credits.

But there was one moment where — and those of you who have seen the movie probably know where I’m going with this — our local Utah audience took notice. As Paul’s character races toward the starting line of the movie’s finale, he finds himself at the Bonneville Salt Flats.

I can’t remember the details concerning why his character was there, but I clearly remember the previously bored attendees sitting up in their seats and cheering as the camera panned the famous landmark.

It may be the only time in my life I’ve seen an audience applaud a movie’s scenery, but it was well deserved. To director Scott Waugh’s credit, locations tripped through the pointless adventure like cameos in a Muppet movie. And that cameo, the one that made random strangers want to turn to the person next to them for an unrehearsed high-five, was just one of many like-moments where Utah’s striking profile made a movie that much better.

Which got us at the KSL Indie Report wondering — what does it take to get Utah ready for its closeup?

To get answers to that question, and to find out more about resources for local filmmakers, we reached out to Utah Film Commission director Virginia Pearce.

Indie Report: Tell us about the Utah Film Commission.

Pearce: “The entertainment industry is integral to the creative fabric of Utah. The Utah Film Commission was established in 1974 to support the rich legacy of filmmaking across the state. We continue to help build Utah as a brand and to seek out innovative ways to showcase everything the state has to offer.

“We promote the use of professional and experienced local crew, talent, support services and locations, marketing Utah as a destination for award-winning content creation. With almost 1,000 films created in state, Utah has an undeniably deep and lasting commitment to the entertainment industry. The film industry’s contribution to Utah’s economy is evident in the jobs created and money spent locally, with 450 companies, over 4,000 employees and $110 million in Utah salaries.

“One of our focus areas is diversity. Just as Utah’s landscape is unique and diverse, we like to encourage the same with our filmmaking. We usually have a range of productions shooting in state at one time from established national networks (the likes of ABC, HBO and Disney) to smaller local, and sometimes first-time filmmakers. We recently launched a Community Film Incentive Program as a strand of the wider Motion Picture Incentive Program, created in 2011. Our intention was to create a focused initiative to nurture lower budget, Utah-based filmmakers and keep them in state. Ultimately, our mission is to welcome and support talent from all angles, create the best possible content and successfully grow Utah’s creative community.”

Indie Report: Should the Utah Film Commission be the first stop for locals interested in the film industry?

Pearce: “We see our office as a key industry resource. We can connect anyone working on a film-related project with the right people and point them in the best direction in terms of next steps. We often receive calls from locals asking about current productions shooting in state and potential casting and production opportunities. We usually recommend checking out our website (film.utah.gov) as there is a ‘production essentials’ tab, which is regularly updated. Locals can also keep up to date by checking out our news section, including our blog and industry newsletter. We have a new ‘spotlight’ blog series, highlighting local talent, which includes helpful advice for others hoping to break into the industry.”

Indie Report: Walk us through a day in the life of the Utah Film Commission staff

Pearce: “We tend to be in and out of the office quite regularly. While at our desks, we are usually helping with location inquiries, permits and connecting our local crew with opportunities. There is a lot of reactive and proactive outreach, and we often work with teams on commercials and small-scale student film content, as well as larger movies and TV series.

“When we’re out of office, we are visiting sets — and this could be anywhere from Salt Lake, Ogden or Park City, to Moab or the Salt Flats. We also regularly host, sponsor and support industry events. From the annual Sundance Film Festival, where we host a ‘living room’ space, to hosting production assistant workshops, our weeks are usually busy and varied.”

Indie Report: What are Utah’s most popular film locations and are some locations more expensive than others?

Pearce: “Our many red rock locations and our iconic Salt Flats are definitely some of our most popular film locations. We’ve seen these locations used as ‘Utah for Utah,’ as well as to create otherworldly settings (‘Westworld’ and ‘Galaxy Quest’). We do also get a lot of generic location requests. Quaint small-town neighborhoods, urban back alleys that could double as Chicago, and eerie cabins in the woods, for example. Utah’s versatility and accessibility are incredibly unique. Mountains, desert and lakes are all within just a couple of hours from the city.

“In terms of location costs, fees are set by the organizations that manage them and we direct people to speak with representatives of those, such as the Forest Service, state parks or Bureau of Land Management. We have a great page on our site that links to many of the key areas.”

Indie Report: Are there current job opportunities with the Utah Film Commission?

Pearce: “We have a small office and are not currently hiring. We do need volunteers for some of our larger events and recommend watching our website and newsletter for updates.”

Indie Report: How can residents help make Utah even more attractive to filmmakers?

Pearce: “Filmmakers always tell us how friendly and welcoming Utah locals are when they are filming here, which really speaks to our reputation as a film-friendly state. Michelle Manning, executive producer of Disney Channel’s ‘Andi Mack,’ said, ‘I have shot all over the world, but Utah is now my favorite place to film. It’s been a case of home-away-from-home for us and we’re eager to return to Salt Lake City.’

Our crews are hard working, professional and enthusiastic, and I love to see that Utah locals are proud of our locations and our heritage.