Is ‘Valerian and the City of a Thousand Planets’ worth the price of admission? 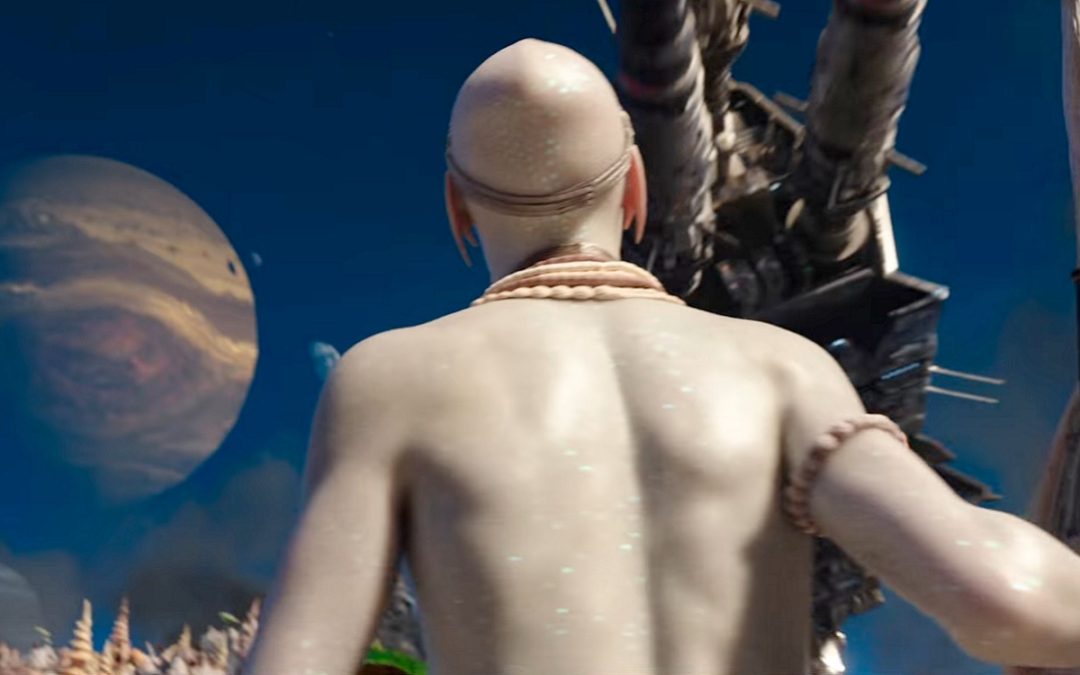 CITY OF A THOUSAND PLANETS — Luc Besson is a name movie fans don’t know what to do with.

Besson is a writer/director who can draw in niche audiences one day with films like “Léon: The Professional” or “The Fifth Element” before next releasing a mostly hated project like “The Messenger: The Story of Joan of Arc.”

Besson can’t be defined by a genre or quality, and the stories he tells are often difficult to represent in prerelease marketing campaigns.

That’s why when audiences see Besson’s name attached to a movie with early images and trailers as awful as the ones being released for “Valerian and the City of a Thousand Planets,” they can’t simply write it off. It’s Besson, after all. If anyone is going to spin terrible CG and wooden acting into gold, it’s him. Also, if someone is going to take $180 million and create a truly awful movie with terrible CG and wooden acting, well, that’s also him.

So which Besson showed up for Valerian? Like usual, let’s chat about the highlights:

Alpha is a utopian city where thousands of species from around the universe live in harmony. When an unknown threat begins to disrupt Alpha’s usually peaceful ways, Major Valerian (Dane DeHaan) and Sergeant Laureline (Cara Delevingne) find themselves in a race against time to save the thriving metropolis. But Alpha’s history may not be what it seems and uncovering its dark secrets may cost Valerian and Laureline their status, their loyalty and even their lives.

“Valerian” feels like a 137-minute gaming cut scene, complete with exposition-only dialogue and not-quite-human CG close-ups. Side characters include the usual over-the-top video game villagers, such as the flamboyant market guide and the single-minded fashion expert, and communication between species is often left to expressive physical comedy.

If you’ve ever worked your way through a Final Fantasy title or spent an afternoon exploring Hyrule, “Valerian” will feel very familiar to you. Depending on who you are, that’s either very good or very bad news.

“Valerian” is a movie where technology works the way magic does in other stories.

Besson doesn’t feel obligated to explain why Major Valerian can create floating blue platforms in one sequence but then not two scenes later when they’d really come in handy. When Besson needs to add conflict, well, he simply includes a line about technology not working in a specific area, and if he’d like a cool shot, there’s always some convenient though unexplained tech that provides for super strength, defying gravity or sudden weapon creation.

Besson choosing not to define and play by a set of rules ultimately robs the story of any genuine tension but will add value to ticket holders just hoping for two-plus hours of eye candy.

DeHaan and Delevingle are going to take a lot of heat for, what at face value, appears to be two terrible performances. That might be accurate. The two may be totally responsible for the forgettable, even occasionally laughable attempts at bringing Major Valerian and Sergeant Laureline to the big screen.

But there are a few cameos and side stories revolving around other seasoned performers that seem just as awkward, which makes me wonder if Besson is to blame — or at the very least responsible for the questionable interpretations. Maybe Besson, in an attempt to balance the dead-eyed, creepy CG performances, asked his live cast to reign it in a bit. If that’s true, I do feel bad for any actors that got roped into this project. If it’s not true, well I still feel bad for any audience member who is hoping to connect with the characters of “Valerian.”

At the end of the day, I do think there is an audience for “Valerian,” but it’s a very specific one.

Gamers still waiting to see their favorite role-playing elements hit the big screen might find “Valerian and the City of a Thousand Planets” worth the price of admission, and audiences with a special interest in world building or visual effects should catch Valerian on the biggest screen possible. But even sympathetic audiences will be forced to admit “Valerian” is a pretty clumsy effort laden with exposition dialogue and an unforgivable runtime.

For the vast majority, “Valerian” should be saved for a later viewing on your favorite streaming service, and even then, the very bottom of your priority list would be an appropriate place to add it to.