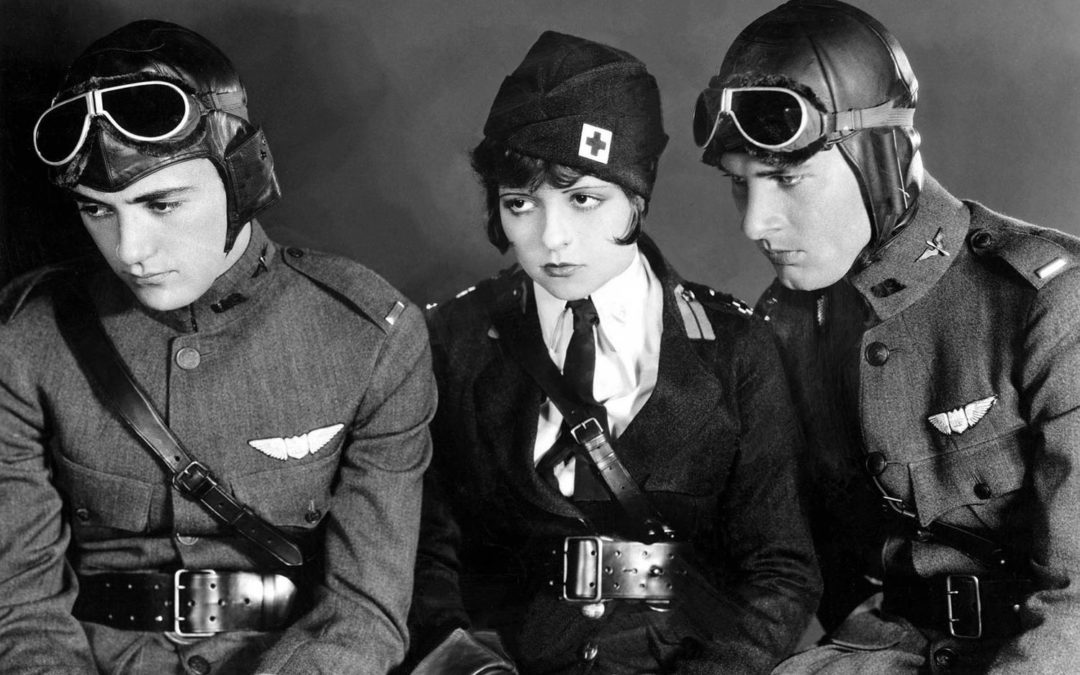 Around this time every year, while people guilt themselves into gym memberships and yoga classes, I wonder why I haven’t seen more movies from the Academy’s Best Picture category.

Last year, I took a pretty good swing at remedying the issue. After a few months, I managed to fit in every winner over the last 50 years, but right around “Midnight Cowboy,” I lost interest. Well, lost interest is a bit harsh. I guess I should say, I got distracted — as we New Year resolution types often do.

This year, However, I’m starting from the other side of the list. Maybe in a year or two I’ll complete this journey in the middle somewhere, but for now, let’s just start at the beginning the 1927 classic “Wings.”

Like most readers, this wasn’t a film I was familiar with. In fact, the only thing I knew before selecting “Wings” was that it’s known for being the first movie to ever win Best Picture. I only learned it was a silent film a few hours before viewing it, and, though I wasn’t 100 percent positive, I had a feeling airplanes would be involved.

So, let’s be honest. Silent films aren’t for everyone.

If you saw the 2012 best picture, “The Artist,” and had no trouble enjoying it, let’s talk “Wings.” However, if you tried “The Artist,” and not even the infectious cast of Jean Dujardin and Bérénice Bejo could keep you interested, you may want to pass on “Wings.”

The synopsis is fairly straightforward. Two young men in love with the same woman enlist in the United States Air Force. At first they’re sworn enemies and then, through experience, become the best of friends. That’s the high-level outline. Oh, and there’s a scene that shows the backsides of naked men and possibly a frame or two of Clara Bow topless. That should definitely be included in the high-level outline so I don’t get into trouble for recommending a racy flick.

But what’s interesting about “Wings” isn’t the fact that I needed to add a content advisory on this silent film from 1927, but rather that they chose an especially unlikable protagonist. Played by Charles “Buddy” Rogers, the character Jack Powell comes off as an egocentric boy who doesn’t appreciate those who love him, doesn’t listen, and simply expects that life will give him a handshake and whatever else he needs whenever he happens to need it.

So without a leading man to cheer on, “Wings” places the weight of the story on the supporting cast, which in this case was a really clever decision. Bow, who at the time was one of the most popular actresses working, and Richard Arlen who turned in a beautifully disarming performance, carry the heart of the movie. They’re the ones who grow and learn as they try to love the self-absorbed Powell, and they’re the ones who will make audience members say at the end, “Fine, I guess Powell deserves some level of happiness.”

You might also notice, from looking at the film’s poster, that Gary Cooper is listed in the credits. This was probably a credit highlighted later since he has the most recognizable name to modern audiences. The reality, however, is that he’s in a very quick scene that the movie wouldn’t have missed had it hit the editor’s trash bin.

But there’s one reason that, for me, “Wings” was just a great 144 minutes of smiling fun. If you’re someone interested in the process of filmmaking, “Wings” is hypnotic.

“Wings” runs the gauntlet from absolutely laughable scene execution to moments where you just stare and wonder, “How did they pull that off in 1927?” The transitions between close-ups and wide shots are sometimes clunky, drawing an unusual level of attention when they’re obviously shooting a plane being riddled with bullets on another day, in probably a very different location.

But what they did pull off well still has me scratching my head with wonderment, and there was enough of that going on that I never felt bored or restless throughout the movie’s runtime.

If you’re interested in slient films and are looking for that first movie to get you started, “Wings” could be a great movie to make an evening of.

One last note on the film: The amount of time and energy Paramount put into the restoration is evident in every frame of the movie. And if the visuals weren’t enough, Skywalker Sound’s contributions to the score and sound effects gave the presentation a modern feel, which will contribute to the illusion that you’re not watching an 85-year-old film.