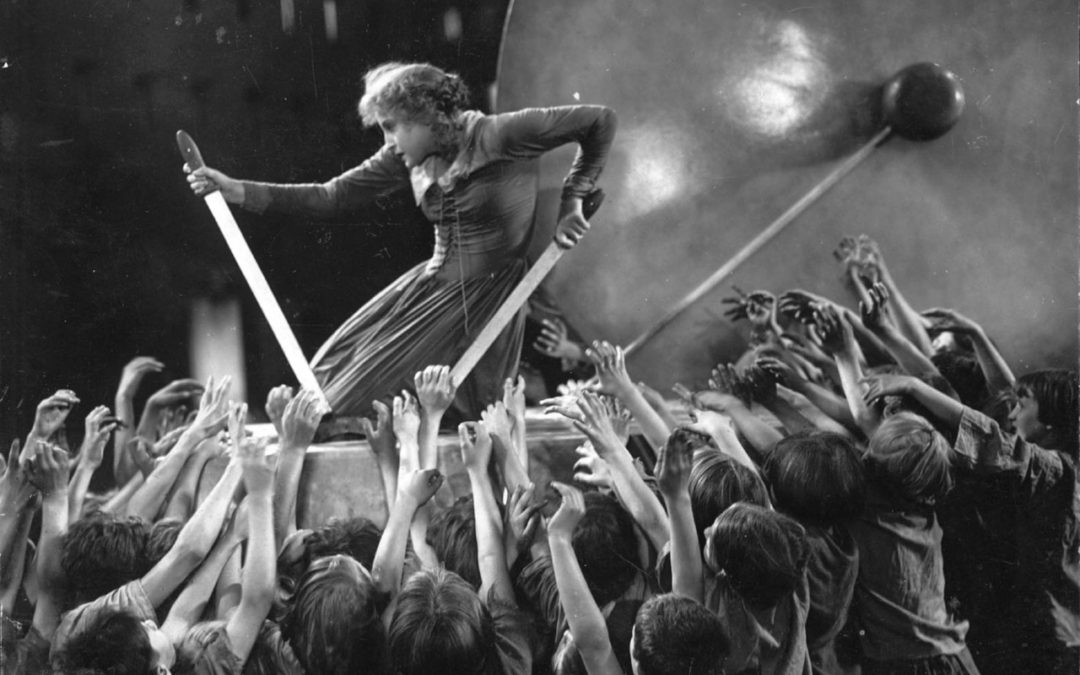 I always found it weird when people would nod off in film class.

To me, learning where writers and directors came up with their ideas has always been wildly fascinating, so when I’d see someone dip their head a few minutes after the lights were flipped, I’d want to shake that person and yell, “We’re looking at the most famous use of the arc shot, Cameron! How is this not interesting to you?”

I’m sure the Camerons of the world wanted to shout similar things to me during their favorite classes, and rightfully so. But I point this out because the following list isn’t necessarily geared toward the casual movie goer. Instead, this list is for that person who looks forward to lectures on lighting or wonders why there are pterodactyls in “Citizen Kane.”

Streaming right now on Amazon or Netflix is a great list of essential offerings for film buffs. In fact, there are so many great “important” movies streaming right now, we’re going to trim this article down to only include seven films from before 1940. So, yes, “The Hustler” is streaming on Netflix right now, and every aspiring actor should watch Paul Newman’s performance in that film, but we’ll chat about that in a later article.

For now, let’s look at our first list of seven essential movies for film buffs that are currently streaming on Netflix or Amazon Prime.

On a technical level, the movie is universally hailed as a masterpiece. At the same time, it exposes a very disturbing piece of American history most of us would like to pretend never happened. But we can’t. We recorded it. And sadly, that thing we recorded that we’d rather forget about, well, it may be our crowning technical achievement.

Since we just talked about an American classic, let’s look at probably the greatest German expressionistic film ever made.

There are so many reasons to love Austrian director Fritz Lang’s “Metropolis,” and you should really take a minute to look them up on film sites like filmsite.org, but my one reason is much harder to verify and more entertaining.

When I first started life as a college student, I took a class from a man whose name I can’t remember and like so many competent film professors before him, he included “Metropolis” as part of the course curriculum.

As he was introducing it, he told the class about a time he was given the chance to ask Lang one question about “Metropolis.” My professor asked Lang’s translator, “How did Mr. Lang get the rings around Maria?” and as the story goes, Lang did not like this question at all. I can’t remember how my professor quoted Lang exactly, but it was something to the effect of, “No! I will never tell you how I made my rings!” The exclamation marks are a very important part of that quote.

Now, this story is hard to believe for many reasons, the biggest of which is Lang himself answering the question back in 1965. The interview was republished in this article on cinefantastiqueonline.com, but before you check out the interview, you need to watch “Metropolis” first because the rings are truly amazing.

Then after seeing the movie, you need to ask yourself, “How did someone get those rings around Maria back in 1927?” Then you can send me a thank you email because you just watched probably the greatest German expressionistic film ever made.

We’re going out of chronological order here, seeing as “Nosferatu” was released five years before “Metropolis.” But, because I think most people would agree with me that “Nosferatu” is an inferior example of German expressionism, we’re pushing it down the list a bit.

But being inferior to “Metropolis” is hardly an insult, and horror fans should definitely take the time to watch this classic vampire film. What makes Nosferatu important? Well, among many reasons, two stand out. The first is just name recognition. If you’re talking classic horror films with anyone, you’d better know your “Nosferatu.”

The second reason is really just as trivial, but fun to talk about. Director F.W. Murnauwanted to shoot a direct adaptation of Bram Stoker’s “Dracula,” but Stoker’s widow wasn’t having it. Murnau hoped by changing a few names, Stoker’s widow would overlook the other similarities, and well, he got sued — and lost. So, because of legal speak I don’t totally understand, “Nosferatu” became one of those movies the world almost never saw.

In many ways, “Gone with the Wind” was America’s first blockbuster. The film, which was based on Margaret Mitchell’s best-selling novel, was promoted for a full three years before its release and ended up costing studios $4 million — an unbelievable amount of cash for the time. As a result, everything about the film was the best money could buy for the time including costumes, music, Technicolor, cast and photography.

The investment had a huge payoff, bringing in over $400 million worldwide and to this day is considered one of America’s most beloved classics.

Like “The Birth of a Nation,” the film stirs up controversy today, not just because of the obvious racial topics, but because the protagonist, Scarlett O’Hara, is seen as both a heroic woman and all-around terrible person. We at KSL covered this briefly in another article here.

By this point in the article, you may be noticing two things. The first is, ever since Hulu gave up the Criterion Collection, Amazon has stolen the edge when it comes to a must-see classic library — at least concerning the big three services. FilmStruck has taken over Criterion. The other thing you might have realized is 1939 was a very important year for American blockbusters.

While “Gone With the Wind” may be considered the most beloved American film, “The Wizard of Oz,” according to the Library of Congress, has been seen by more viewers than any other movie ever made.

There are countless theories on why “The Wizard of Oz” has become the most viewed film in history, but its universal appeal is hard to refute. For example, can you think of another movie with as many references that everyone understands like “yellow-brick road,” “munchkin” or “we’re not in Kansas, anymore?” Also, if I say “Lions and Tigers and Bears,” you know exactly how to complete that sentence.

If you’re a writer looking to create something with broad appeal, deconstructing “The Wizard of Oz” is a great place to begin.

Just one year after the release of “Gone with the Wind” and “The Wizard of Oz” came another American film class staple: “His Girl Friday.”

When compared to “Gone with the Wind,” the movie is smaller on almost every level but one — dialogue. Trying to keep up with the pace of Cary Grant and Rosalind Russell’s banter is exhausting, but with the right amount of caffeine, the payoff is always very funny. In fact, part of the movie’s charm is delivered when other characters try to enter the quick-witted fray.

A million movies have attempted to copy “His Girl Friday,” and if you sit down to watch it on Amazon, you’ll occasionally say to yourself, “Oh, that’s where every other film gets that from.” But mostly, you’ll wonder how the writers kept up such a pace for 92 minutes of comedy gold.

Available on Netflix and Amazon Prime

Every sci-fi fan with 14 minutes to spare should at least check out, “A Trip to the Moon.” The tiny 1902 film was created by a French magician named Georges Méliès and includes some very entertaining and iconic examples of early special effects. The film was also an early example of satire, as Méliès was openly criticizing the conservative scientific community of the time in this H. G. Wells adaptation.

Director Martin Scorsese wrote a love letter to the film with his 2011 film, “Hugo,”which cast Ben Kingsley as a reluctant Méliès.