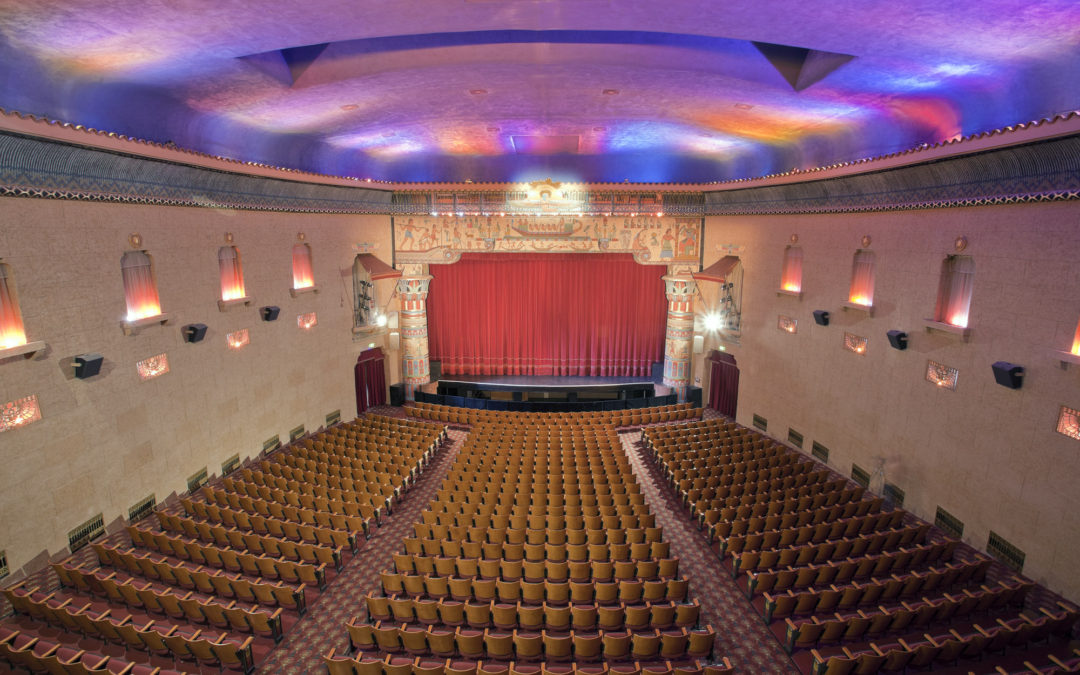 The general democratization of film is one of the most interesting topics being discussed at the movie-fan watercooler these days.

Not only have services like Netflix and Amazon Prime started stealing awards from major film and television studios, but audiences now look to places like Vimeo and YouTube for an ever-expanding buffet of bite-sized entertainment.

People are changing the way they consume video. While that terrifies some in the film industry, there are others like those running the Ogden Film Festival who celebrate it. In fact, The Ogden Film Festival, which will be held on June 2 at Peery’s Egyptian Theater, is currently looking for great, local short films to showcase at this year’s event.

We at the KSL Indie Report reached out for more information on the festival and enjoyed the following conversation with the festival’s public relations representative Benjamin Taylor.

What is the Ogden Film Festival, where did you come from and what kind of films are you hoping to attract?

Taylor: “The Ogden Film Festival is in its first year and is part of the Ogden Arts Festival happening that same week. Those of us who’ve organized this event do video production work for a living and we thought it’d be fun to hold an event celebrating the best in local film. There’s a ton of film talent in Utah but not many opportunities to showcase your work, especially if you’re just getting started. So, we thought there was an opportunity to start a tradition for artists to show off their stuff and meet other filmmakers.

“Another fun part about this festival is that it’s held at Peery’s Egyptian Theater, which is probably one of the coolest theaters in the state, if not the Western region. It’s one of the few remaining movie palaces from the early 1900s and has just a ton of history. We think it’s a real treat for any filmmaker to have their work premiered in a place like this.”

Were there other reasons you chose Ogden as the festival’s home?

Taylor: “Ogden is kind of this renaissance city. It used to be this booming railroad town, and when the trains stopped running, the city kind of fell into decay. A lot of the old buildings were boarded and for the past 20-30 years, Ogden has been known for being kind of ghetto. You’re now seeing some life being breathed back into the city with outdoor manufacturers and other companies relocating here.

“A lot of the old buildings are being repurposed for today’s needs, and it’s really cool to see. One story we like to tell is how the founder of Paramount Pictures, William Hodkinson, grew up in Ogden and used the surrounding mountains as his inspiration when he sketched the now famous logo. So we like to think that our festival is a place for the underdogs or undiscovered artists to have a real film festival opportunity and maybe jumpstart their careers.”

What type of local films are you looking for?

Taylor: “We realize we only have one night to feature as many films as we can, so we set a limit at 15 minutes. We figure that’s plenty of time to tell a compelling story without requiring a massive budget and months of production time.”

What is your take on local filmmaking these days?

Taylor: “I think YouTube and Kickstarter are really changing the way films are being distributed, and I don’t think you need to necessarily make a 90-120 minute film to be successful. You’re seeing Netflix, Hulu, and YouTube Redpicking up these shorter films by lesser-known filmmakers, and I think that’s going to be a big part of independent film going forward.

“Take Chris Burkard for example; his film about surfing in the arctic shores of Iceland is only 40 minutes long, but it was funded in a matter of days and is showing to audiences across the country, including ours, all summer long. I think that’s the type of content we’re hoping comes out of the Ogden Film Festival.”

For those hoping to attend the festival this summer, what kind of experience can they expect?

Taylor: “I hope attendees come away with a respect for the amount of local talent that’s in the area. You don’t need to have a million-dollar budget and a big crew to make something cool and powerful these days. I also hope filmmakers will appreciate seeing their film on the big screen in such a cool venue and will have a chance to network and rub shoulders with other artists.”

Where should readers go for more information on the festival?

Taylor: “We’ve tried to put all the important info on our website at ogdenfilmfestival.org. We’re accepting entries until May 15.”