‘The Other Side of Heaven’ director takes on ‘Christmas Eve’ 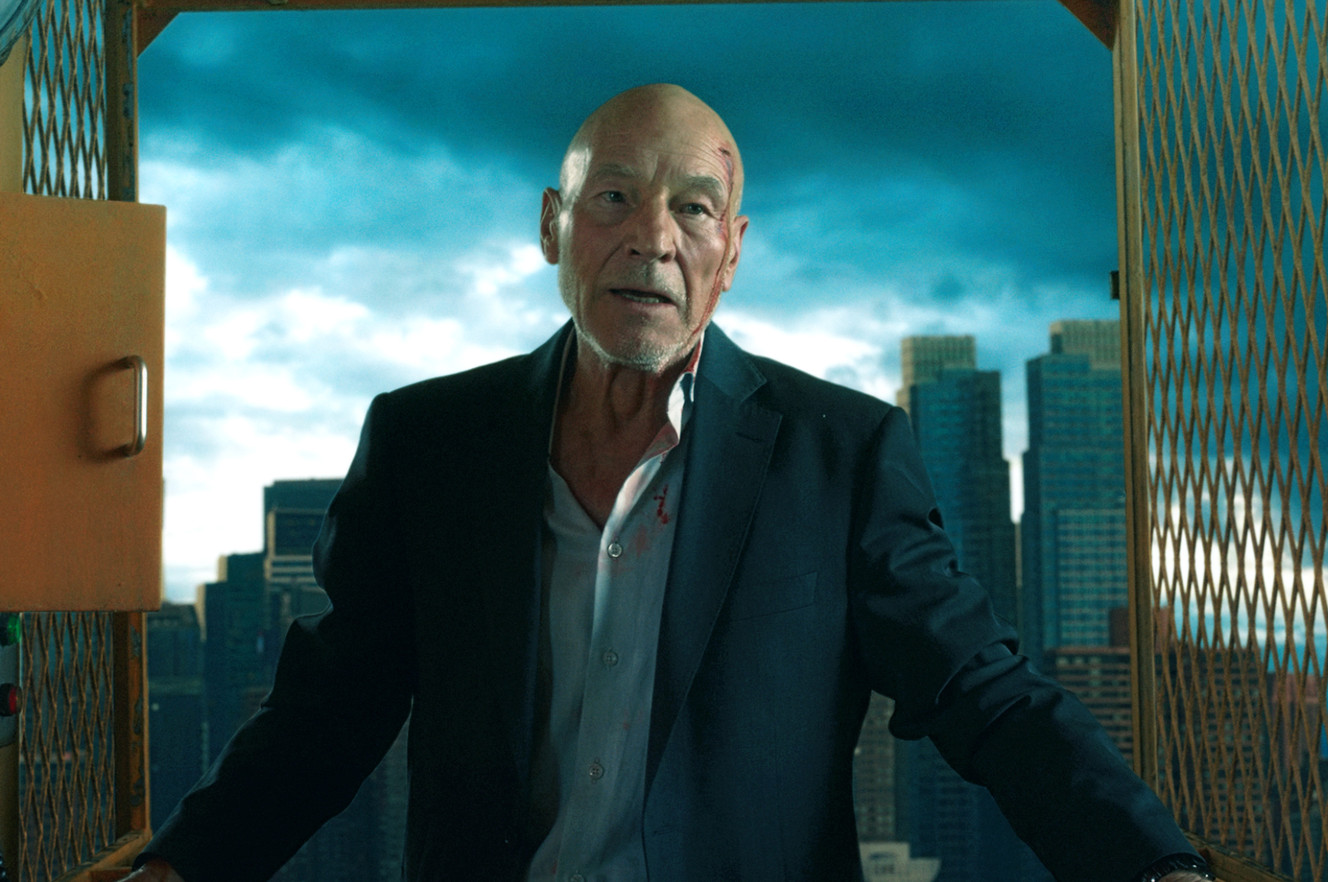 CHRISTMASTIME — We’re only a week away from the Thanksgiving holiday, which means we have started dusting off their personal copies of “Christmas Story,” “Elf” and “It’s a Wonderful Life.”

It’s also around this time we begin looking over Hollywood’s coming Christmas offerings, and on this year’s list, mixed in with a raunchy comedy and Christmas horror movie, we found the seemingly sweet and traditionally themed, “Christmas Eve” — written and directed by “The Other Side of Heaven” director, Mitch Davis.

Set to be released on Dec. 4, “Christmas Eve” takes a look inside six stuck New York elevators on the night before Christmas. If IMDB is to be believed, “hilarity, romance, and transcendence prevail.”

Wanting to know more about the project, we reached out to Davis, who graciously took time out of his busy schedule to chat with us. And while we’ve made a few edits for formatting and length purposes, the following is an overview of that conversation. We summed up our questions into category headings and left his responses largely in place and like always, a full transcript is available upon request.

On the subject of making a Christmas movie

This movie was not originally written as a Christmas film. It was a spec script called “Stuck” that came to me from a first-time writer named Tyler McKellar. It was one of the most moving, hilarious scripts I had ever read, so I bought it from Tyler and we worked on a number of rewrites together. It wasn’t until a few weeks before going into production that I hatched the idea of rewriting the script one more time and setting it on Christmas Eve.

The movie tells the story of six different groups of people who get stuck overnight in elevators in New York City. As you can imagine, remarkable, entertaining things happen inside those elevators as the night wears on. Some of them are funny, some of them romantic, some of them sort of spiritual. And I just realized that Christmastime would be the perfect time for all those sorts of transformative things to be taking place inside these elevators. Setting the movie on Christmas Eve — and now calling the movie “Christmas Eve” — puts a little extra spin on the ball.

Not only is Christmas Eve the most hectic night of the year with everyone wanting to get home and be with family, it is a time when we think about things we might not think about the rest of the year. We interact with people in ways we might not the rest of the year. We spend hours just gazing at beautiful lights and cherishing our loved ones. All of that was a perfect addition to the thoughtful, emotional, hilarious script Tyler had already written.

On assembling the cast

Never in a million years would I have expected to assemble such a great, eclectic cast. Jon Heder was the first guy in and Patrick Stewart was the last. But every casting choice in between was a joyful, magical experience — sort of like opening Christmas presents, not sure exactly what’s inside. Cheryl Hines was an absolute delight, fresh off her TV series, “Suburgatory” and “The Larry David Show.” In fact, she got engaged to Bobby Kennedy her third day of shooting with us in Bulgaria. Our family are big fans of the TV show, “Psych,” so we were thrilled when James Roday came aboard, and he brought Julianna Guill with him, who was fabulous. Then Gary Cole from “Office Space” and “Talladega Nights” and now “Veep.” What a riot! Max Casella came to us fresh off of the Coen brothers movie, “Inside Llewyn Davis,” and he hit it out of the park.

A lot of people have asked me how I attracted such a great cast, and I have to say it was a function of having a great script. Actors want to make money but they also want to depict characters who matter, characters who are real and memorable. We had a casting director named Jory Weitz who worked really, really hard for us, but his job was made easier by the script he was able to send around.

Patrick didn’t actually join us until we were half way through shooting our film. We had purposely put his scenes at the very end of our shooting schedule so we could have more time to fill his role, and I didn’t get the phone call until halfway through week three of a five-week shoot. I’ll never forget it. I was having a Nutella crepe with my wife and son in the studio commissary when my cell phone rang. And there was Sir Patrick, agreeing to come aboard and take the lead role in our film. My son was sitting across the table from me and started to cry, he was so happy for me.

And it’s not just our U.S. cast that is amazing in this movie. About two-thirds of our cast came from the U.K. and they were absolutely amazing. Some of them are very big deals over there. David Bamber from “The King’s Speech,” Steven John Shepherd from “East Enders,” Juliet Aubrey from “The Constant Gardener.” All of these great actors just showed up and delivered with everything they had.

One of the best finds of our movie was a first-timer named Roxanne Cook. She is the daughter of an old friend of mine, Dick Cook, who was the Chairman and CEO of Disney for several years. Dick and I worked together at Disney back when I was there and have stayed in touch. I told him I was making this movie and he told me about his daughter, a comedian, who had just graduated drama school.

I put Roxanne on tape and she was hilarious! Absolutely charming and effervescent and hysterically funny! So I cast her as this kind of ditzy girl who is besties with a supermodel from the U.K. named Margaret Clunie, and they absolutely nailed it.

I just heard that Roxanne has been admitted into the famous comedy troupe, The Groundlings, and is doing stand-up at the Comedy Store in Hollywood. This is not the last we are going to see of Roxanne Cook.

Although the movie is set entirely in New York, we shot the entire movie on location in Sofia, Bulgaria. There is a great studio facility there, left over from the Communist era. It is a very inexpensive place to shoot a movie and is very convenient for actors coming from the U.K. In fact, Patrick Stewart has a house in the U.K. and flew to our movie from London.

But since much of our movie takes place inside elevator boxes, we realized we could build those sets just about anywhere and the audience would think we were in New York. I think we pulled it off.

The Bulgarian crew were all coming off an action film that was shot there called “Expendables 4” with Sylvester Stallone and all those guys. I think it was quite a shock for them, going from that hard action film to our sweet Christmas movie. But they were fabulous to work with. It was the most stress-free set I’ve ever been on because whenever things started to get stressful, they all started talking in Bulgarian so I didn’t have any idea what they were saying.

I will never forget the first time I saw “It’s a Wonderful Life.” I was a freshman at Brigham Young University and Charles Metten showed it to us in a Film Appreciation class. Like a lot of college freshmen, I was trying to figure out my life, trying to define and direct it. Then here came this movie about a guy named George Bailey who consistently made the selfless choice and who changed the world as a result. That movie just blew me away. For three days I walked around the BYU campus, picking up trash, opening doors for people, just trying to do the right thing for the right reason. As a piece of film and as a Christmas sermon, there is nothing that compares to “It’s a Wonderful Life.”

Besides “It’s a Wonderful Life,” our family loves to watch a movie called “The Family Stone” every year. It’s a big-hearted movie about a dysfunctional family coming together at Christmas and coping with the news that their mother, the family’s matriarch, is dying of cancer. It’s a comedy with a big heart that reminds me that every family is dysfunctional in one way or another, but we can all get through whatever life throws at us with a little humor and a lot of love.

On what makes a perfect Christmas

Family and a foot of fresh powder at Deer Valley.

Seriously, though, family is where it’s at. If the only real purpose for a Christmas tree was to give my family an excuse to gather around it, that would be purpose enough.