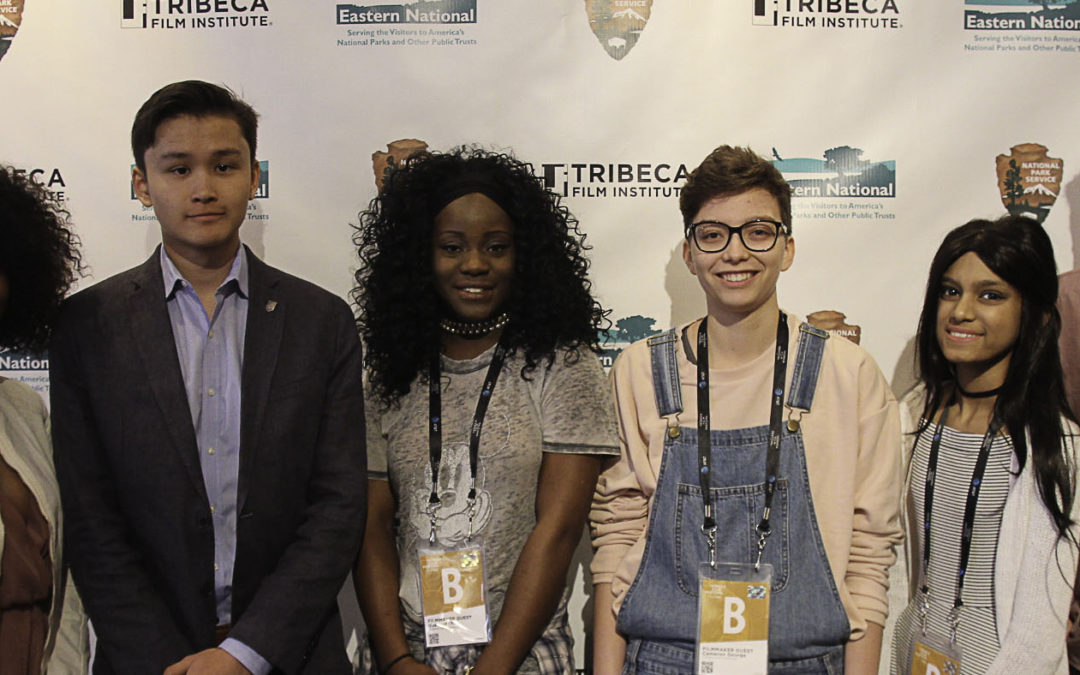 The Tribeca Film Festival has become one of the most prestigious independent showcases in the world — drawing thousands of international submissions, millions of spectators and over $600 million in revenue annually.

That’s why when Tribeca announced a national short-film competition for aspiring young filmmakers and one of Utah’s best and brightest won the grand prize, we at the KSL Indie Report wanted to find out more.

Logan resident Kyle Ransom’s film “New Frontier” took home first prize for Tribeca’s “The America I Am” youth competition. Ransom’s film, which explores his perspective on the American experience, earned him a $10,000 production award, a mentorship with a professional filmmaker and roundtrip airfare for a red-carpet premiere at the Tribeca Film Festival.

We caught up with Ransom recently to ask him about his experience with “The America I Am,” and enjoyed the following Q and A:

Where did you first hear about “The America I Am” and what about the competition motivated you to participate?

Ransom: “My finding out about ‘The ‘America I Am’ contest very nearly did not happen. My brother and I were at the Slamdance Film Festival, the smaller festival that runs the exact dates and location of Sundance, with a short documentary contest. I was standing next to a shelf full of movie posters, business cards and flyers. The small ‘America I Am’ logo on a card caught my eye, but I didn’t read it.

“The last day of the festival my brother picked one of them up and handed it to me. I was surprised because I recognized it, but was shocked that it was a youth contest. The theme couldn’t have been more perfect. Following the intense election season, I had been anxious to do a project related to American identity and current social issues and topics. I had already had several ideas of what direction I would take, and the contest gave me somewhere to channel those ideas. My motivation comes down to just wanting to share my thoughts and experiences on what defines being American.”

Obviously, when you submit to a contest of any kind you hope to win, but were you expecting first place in such a competitive competition?

Ransom: “It is always hard to be on the creating end of a project and try to predict what the results of the judges will be. It can be hard to tell if the intended message or emotional impact comes across since you are so close to the project and so closely tied to its story. What I can say is that I was very confident in the message and the style that I chose to tell it with.

“The period of time between the announcement of the finalists and the premiere at Tribeca, each of us five finalists were assigned a professional filmmaker as a mentor and given $1,000 as a production budget to work on improving our videos for their premiere. What I found is that I couldn’t bring myself to make many major changes. I added some new shots and some nicer visuals and messed around with the music a bit, but for the most part, the video retained its original layout and voiceover, which I think speaks to how sincere the original was.

“Each of the other five finalist’s videos were exceptional, and each captured the theme of the contest in a unique and personal way. So I was genuinely surprised when my name was announced and really felt honored to be selected out of such a great collection of work.”

In the film, you mention several examples of what it is to be American. Can you speak to your message and why it is an important one to you?

Ransom: “I feel very strongly about this topic. In the video, I briefly talk about three of my friends, each with very different American experiences. We have all been in school together since elementary, and in the process of making this video, it was really powerful to look at our pasts, presents and futures, and how our different situations played into the same desire to make a better life for ourselves and those we love.

“I strongly believe that America is built from the collective whole of each of our different experiences, each of them extremely unique and varied. And by embracing a common goal and celebrating each of our unique heritages, we come closer to fulfilling what it means to be an American.”

What has the experience of winning and traveling to New York City been like for you?

Ransom: “This whole experience has been nothing short of incredible. Having never been to New York before, I couldn’t have had a better introduction. The last two weeks here have been highlighted by many people met and friendships made, countless films and screenings, and of course, exploring as much of New York City as possible with my camera in hand. The connections I’ve made and the doors opened to me by the Tribeca Film Institute and ‘The America I Am’ have been truly life changing, and I will always look back on this experience as a pivotal moment in my career.”

Will you be pursuing film in your educational and professional future?

Ransom: “The future is full of more films for me. I will be attending college in Utah, where I will pursue degrees in business and writing, with hopes of benefiting the production and writing sides of my film career. Following college, I plan to seek a career as an independent writer and director of feature films. Eventually, I plan to start an independent film studio with my brother, as well as occasionally exploring documentary work and other forms of film and media. Stay tuned, this is definitely just the beginning.”