Where I talk with SLFS about the Sundance Film Festival 2017 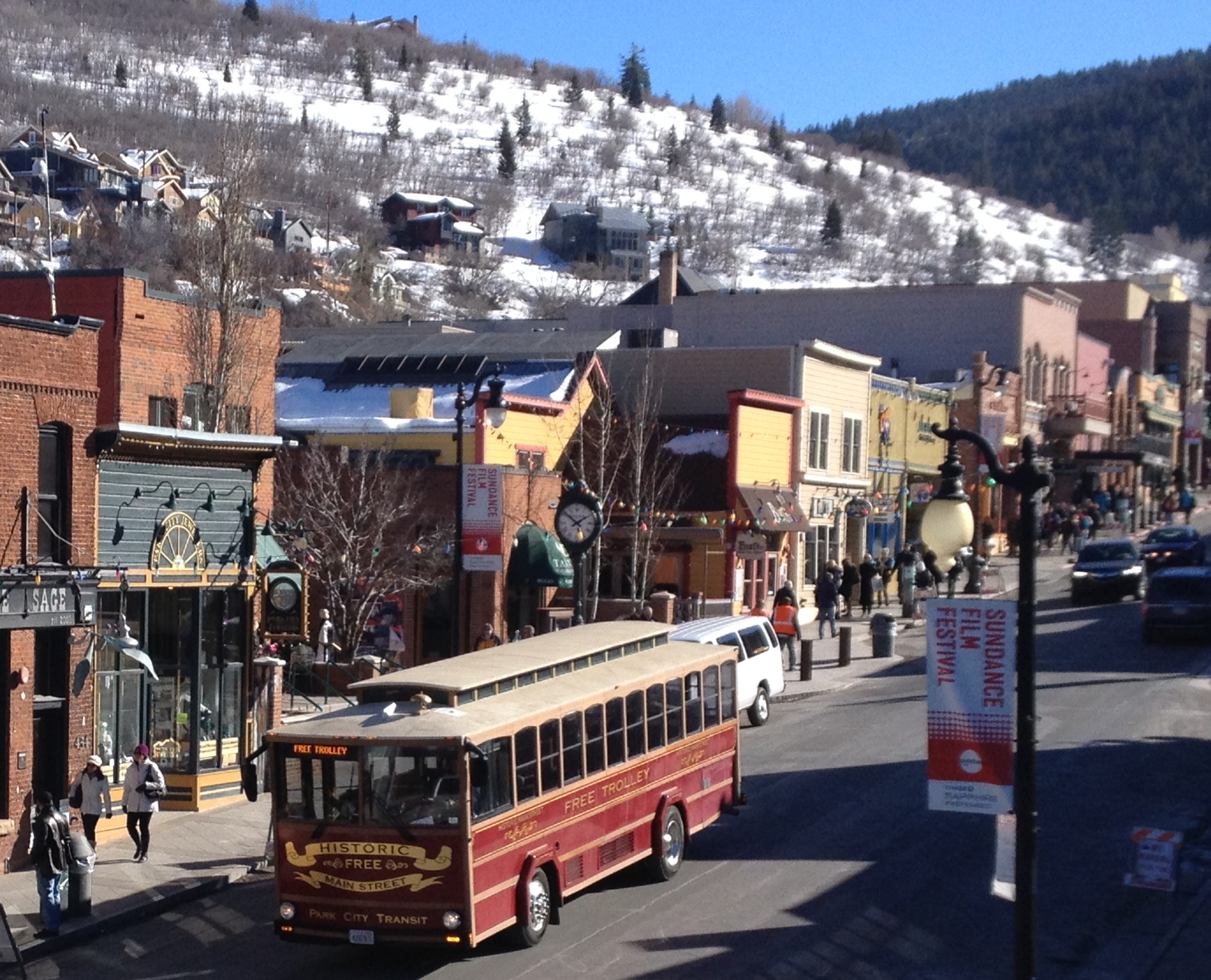 PARK CITY — As a movie lover in the state of Utah, I can’t think of a better way to start the year off than with the Sundance Film Festival.

Not only do we movie geeks get our first look at some of the year’s most promising projects, but for 10 gloriously chilly days in January we celebrate the talent, ideas and technology that bring our favorite stories to a flickering screen in a darkened theater.

Few people know this better than Levi Elder, Director of Programming and Digital Initiatives at the Salt Lake Film Society (SLFS). Elder has been personally following the festival for 20-plus years, and as part of the SLFS team, he actively coordinates screenings and events for the Sundance Film Festival in Salt Lake City.

I recently reached out to Elder to chat about how we locals can best experience all things Sundance 2017. Here are some of the tips he offered:

Poppleton: First of all, how cool is the Sundance Film Festival? I’ve had an unhealthy crush on film my whole life, and I remember the first time someone gave me a ticket to some midnight-thirty screening of that Jimmy Fallon, Lucy Liu movie, “The Year of Getting to Know Us.” It was, to put it kindly, a lesser-Sundance movie, but I couldn’t stop geeking out about the fact that I was actually at Sundance! What was your first experience with the festival?

Elder: Holy smokes, when I was in my early 20s, we’re talking mid-90s, my friend’s parents had a condo in Park City and we’d all fly in after weeks of pouring over the schedule and making our own schedules and spreadsheets and what was getting buzz, what we were dying to see and how we were going to fit it all in. Then getting together and spending hours looking at each other’s schedules and trying to verify who had hard tickets for what and how to station ourselves in various waitlist lines for maximum efficiency. And then finally the films.

“One of the best years I remember was ’98 or ’99, the year ‘Pi’ won. I think it was the year with ‘High Art,’ ‘Buffalo 66’ and ‘Billy’s Hollywood Screen Kiss,’ which all kind of titled film expectations in their own ways. I also ended up working for the festival for a handful of years.

Poppleton: Fellow Utah movie lovers may not know the best way to find their first Sundance experience. What are some of ways for locals to experience the festival?

Elder: I think there’s a preconception that it’s super exclusive and you have to know somebody to get tickets. But really you can just go to any of their box offices and get tickets. Or if you’re feeling spontaneous and lucky you can always waitlist — which is essentially a kind of a last-minute lottery for tickets of sold-out shows. You used to actually have to stand in line, but they have an app now. Which is great, I guess, but I still kind of think you should have to stand outside in line until your fingers are about to fall off. Call it paying your dues. Art always seems better if you have to work or suffer for it. Joking…mostly.

Poppleton: When I first started covering Sundance, it was all about Park City. These days, I spend most of my time hitting as many screenings and events in Salt Lake to avoid the crowds. Where do you prefer to be during the festival and do you think it’s possible to have a complete Sundance experience without driving into Park City?

Elder: When I was young, I had to be in Park City. I really thrived when I was part of the scene. Ten days where you eat, sleep, breathe, poop, and talk film is glorious. And being in Park City, you kind of have a captive audience, right? Like, people are probably not going to Park City on accident during that time. Everybody is there because they love the art form and become revitalized in that kind of electric environment. But now I’m older and curmudgeonly. The fewer people I can be jostled by, the better.

Poppleton: For those who won’t be able to attend any events throughout the festival’s 10-day run, will there be opportunities throughout the year to experience some of the Sundance highlights?

Elder: Many films have theatrical lives after the festival and many of them play at the Broadway or the Tower. You can always check in with us to see if something you missed is upcoming or if you want to bring your friends to one of your favorites.

Poppleton: The Salt Lake Film Society is, without question, my favorite way to experience independent film here in Utah. In fact, seeing “Nosferatu” at the Tower with The Invincible Czars doing live music was probably my favorite movie moment of 2016. What events should Salt Lake residents be on the lookout for in 2017?

Elder: Tons of stuff. Here’s what we have coming up through June. First in April, we have our Czech Film Tour which seems to be getting stronger every year. In May, we have the Mexican Film Tour. The Invincible Czars will be back this season with a new score for the classic “Dr. Jekyll and Mr. Hyde.” The theme for our annual series, The Greatest, will be musicals, and that will be a month of classic musicals at the Broadway, from the ’20s through today. Last but not least, (we have) our Summer Late Night series of cult films that runs through August. (These are) in addition to all of our regularly scheduled screenings.