12 of the biggest movies coming to theaters in 2017 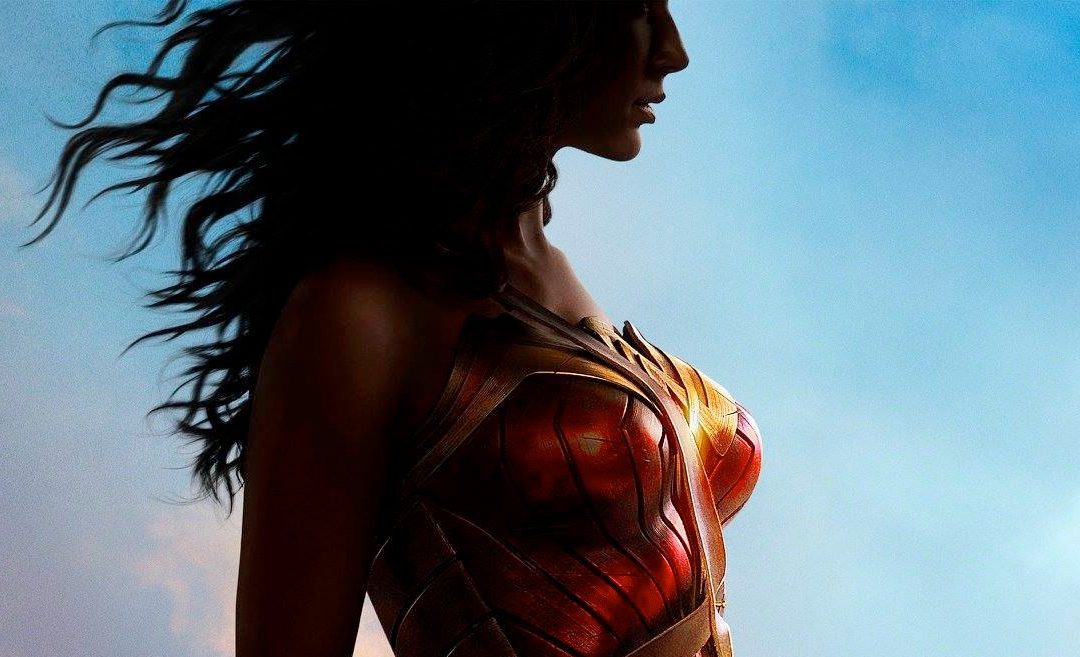 While a few Hollywood blockbusters like “Beauty and the Beast” and “The Fate of the Furious” have already made a splash in 2017, May is the month that really opens the summer floodgates for big-budget Hollywood spectacles.

Last year, Disney dominated the box office with “Finding Dory,” “Rogue One” and “Captain America: Civil War.” This year, Warner Brothers and 20th Century are hoping to become king of the mountain by drawing on their own big-ticket franchises.

Which movies are likely to bring home the most cash for 2017? Let’s look at the 12 most likely candidates:

“Guardians of the Galaxy Vol 2” will start off the summer season with an adorable baby sequoia and his raccoon buddy Rocket.

Sequel to the surprise 2014 hit, “Guardians of the Galaxy,” “Guardians 2” will likely push the juggernaut Marvel series closer to next year’s “Avengers: Infinity War” while also exploring the strained relationship of sisters Gamora (Zoe Saldana) and Nebula (Karen Gillan). The movie also promises to give us more on the father-son drama we were teased with in the first movie, while at the same time introducing Kurt Russell and Sylvester Stallone to the Marvel Cinematic Universe.

I’m not entirely sure what number this is for the “Alien” franchise or if we’re even counting those Alien/Predator crossovers, but fans of the series know “Covenant” best as the sequel to Ridley Scott’s 2012 movie “Prometheus.”

“Prometheus” didn’t exactly wow Alien fans, but it did suggest maybe a better story was just around the corner. Also, one of the film’s most interesting characters, David (Michael Fassbender) makes a return with a new good-guy android twin, Walter. Any movie with a good-guy android twin, even if his name is Walter, should automatically become interesting to any science-fiction fan, so May 19 is a date to be taken seriously in this blockbuster lineup.

“Alien: Covenant” is rated R for sci-fi violence, bloody images, language and some sexuality and nudity, according to IMDb.

“Pirates of the Caribbean: Dead Men Tell No Tales,” May 26

I agree with most fans who say the “Pirates” series has become progressively worse with each installment, but “Dead Men Tell No Tales” has something the previous movies did not — Javier Bardem.

Sure Geoffrey Rush made a pretty great villain in the first film, but his character has softened over time and Bardem’s Captain Salazar could be the character to bring that gravity back to the franchise. Bardem is, after all, Silva from “Skyfall” and Anton Chigurh from “No Country for Old Men.” If anyone is going to make this franchise watchable again, it’s going to be Bardem.

If there’s any character who has a shot at pulling the DC Cinematic Universe out of its current tailspin, it’s Diana Prince.

Wonder Woman was easily the best part of the “Batman v Superman: Dawn of Justice” chapter, and trailers for the upcoming installment suggest this isn’t yet another piece of the DCU taking itself way too seriously. While some audiences are starting to feel dizzy from superhero fatigue, “Wonder Woman” marks the first serious female lead from either superhero universe, and most moviegoing audiences would probably agree it’s about time.

Universal is trying to create its own cinematic universe by rebooting several of its classic monster movies with interchangeable characters and storylines.

The first entry into their master multifilm design is this summer’s “The Mummy,” starring Tom Cruise and co-starring Russell Crowe as Dr. Henry Jekyll (see what they did there?) Universal has been trying to bring their monsters back from the dead since 1994’s “Wolf” starring Jack Nicholson, and attracting big talent has never been their issue.

While a misstep with “The Mummy” could cause the studio to go back to the drawing board with the entire outline, early trailers for the film look like a lot of fun and hopefully “The Mummy” is the best thing we’ve seen the Universal’s monsters in since 1987’s “The Monster Squad.”

Pixar’s “Cars” franchise is a series you don’t hear many fans screaming for, yet Pixar continues to generate sequels and short films, and the property seems to perform reasonably well each time.

I’m not complaining at all, seeing as I think Cars Land at Disneyland is the coolest addition to the park since Star Tours opened back in 1987. It’s just interesting to see Pixar treat “Cars” with the same enthusiasm they seem to have for the “Toy Story” films when you don’t hear the same adoration for “Cars” in general movie conversation.

Regardless, “Cars 3” looks a lot more like the sequel I believe fans were expecting from the original, seeing as “Cars 2” took an unexpected super-spy turn. Like its previous entries, I expect “Cars 3” to do solid numbers, but it probably won’t be the most lucrative project of 2017.

I was ready for Spidey to take a cinematic break after the two lackluster “The Amazing Spider-Man” movies, but then Marvel’s “Civil War” happened. Since that time, this little voice in my head continually asks, “When do we get to see that Spider-Man again?”

Marvel fans knew “The Avengers” weren’t complete without Peter Parker, and now that they’re together, I want to see what happens next. “Homecoming” is an opportunity to define who this new Spider-Man is within the Marvel Cinematic Universe, and if that’s not reason enough to catch his latest adventure, remember the bad guy is Michael Keaton, giving us another birdman.

There are some sci-fi fans who consider the original “Blade Runner” to be the best science-fiction movie ever made. They’re wrong, but still, that’s a lot of pressure to put on a sequel being released 35 years later. It’s also, as “Star Wars: Episode I – The Phantom Menace” proved, a lot of time for audiences to get excited for another chapter of one of their favorite films.

With two proven leading men, a nostalgic title and not a lot of competition around its release date, “Blade Runner 2049” is looking at potentially giant numbers when it’s finally released later this year.

There’s not much to say about the “Cloverfield” movie being released only a few days before Halloween, but that’s pretty much how the marketing has been for each installment of this soon-to-be trilogy.

Speaking to Entertainment Weekly in early 2016, JJ Abrams said, “I would be lying if I didn’t say there was something else that, if we’re lucky enough to do it, could be really cool that connects some stories.”

Seeing as the series up until now has felt more like individual “The Twilight Zone” episodes, it is interesting to hear Abrams say he’d like to begin connecting dots, but judging by everything else surrounding the series, I would anticipate any answers to be especially vague and up for multiple interpretations.

I don’t know that the “Thor” movies are aging especially well, but they’re sure fun to see for the first time, aren’t they?

“Ragnarok” is being driven by the very funny actor/director Taika Waititi, who has also directed the popular Team Thor shorts – two short videos addressing why the character was missing from the “Civil War” conflict. If I’m being totally honest, I’d rather see a 90-minute movie about the continued adventures of Thor and Daryl, but if Marvel wants to tell us how the Incredible Hulk ended up in outer space, I guess I’m looking forward to that as well.

Even if “Wonder Woman” is a smashing success and everyone forgives the shaky-hip baddie from “Suicide Squad,” “Justice League” will still have the weight of the DC Cinematic Universe on its shoulders.

If by the end of the movie audiences don’t care about Aquaman, The Flash, or Cyborg, or they end up rolling their eyes if and when Superman comes back from the dead, it will be very difficult to justify continuing down Zack Snyder Avenue. With that said, I still think audiences are pulling for the Justice League and would like to see 2017 be the year things turned around for this team.

For one thing, Pixar has been pretty spectacular when it comes to its original titles. For another, I’ve always found Dia de los Muertos to be one of autumn’s most beautiful holidays, so seeing the team at Pixar find a story where Dia de los Muertos works as the backdrop has definitely grabbed my attention.

That said, the first trailer felt a little like iconic “Ratatouille” and “WALL.E” moments forced onto a new character, but I have faith in Pixar even when its marketing is a bit off.

Anikin was the kind of Jedi who thought it was all Obi-wan’s fault, and Luke was going to Toshi Station to pick up power converters, but Rey — she handled her problems by beating Finn with a stick and out mind-controlling Kylo Ren. Rey is a Jedi I want to see more of, and if our next chapter involves her being trained by “Return of the Jedi” Luke, well, just take my money now.

If I had to guess, “The Last Jedi” will end up winning the award for “movie that enjoyed the biggest cash grab in 2017,” but as I’ve already mentioned, I’d love to see that honor go to the one totally original, “Coco.”

What do you think? Did I miss a must-see film like “It” or “The Dark Tower” that you think should’ve been included? Let us know in the comments or on social media.