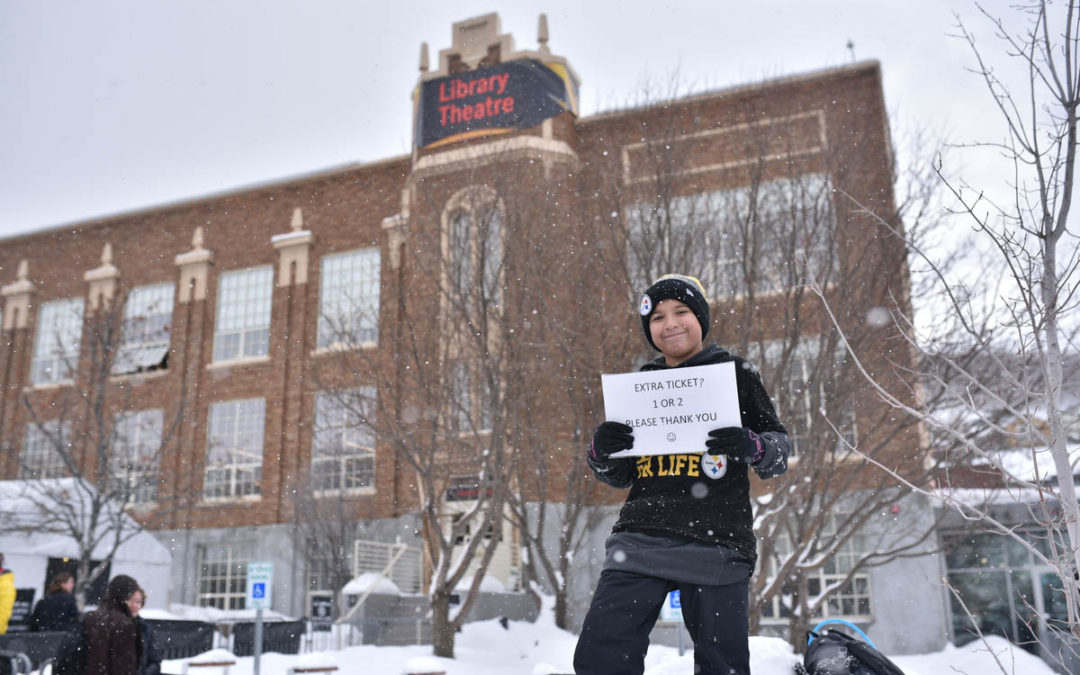 When someone mentions a film festival in the state of Utah, most people naturally think of Sundance. Sure, we occasionally hear other names thrown around like Red Rock or Moab, but in general, many of the state’s unique and worthwhile film festivals carry on without the coverage they deserve.

That’s why we at the KSL Indie Report wanted to take a closer look at some of Utah’s film festivals and dig up details on how local movie fans can take part in the excitement.

Whether it’s the spiritually-centered LDS Film Festival in Orem or the LGBTQ-inspired Damn These Heels Festival coming to Salt Lake City in July, Utah has found a way to celebrate its growing and diverse community through cinematic storytelling. Attending one of the following festivals will go a long way in continuing that tradition.

Let’s go ahead and use the cliché, “if you can only attend one Utah film festival in a year, Sundance is where you want to be.”

Started in 1981 by Robert Redford, The Sundance Film Festival has become one of the most popular and respected festivals in the world. Close to 50,000 attendees travel to Park City each year to be a part of the event, generating over $140 million in economic activity.

Sundance showcases films from all genres, so there are generally offerings for all types of moviegoer and getting tickets is usually much easier than you might expect. Check out our conversation with Levi Elder of the Salt Lake Film Society for some tips on how to experience the festival as a local.

To quote the Slamdance website, “It all began when a group of cheerful, subversive filmmakers weren’t accepted into the Sundance Film Festival.”

Most of the details you just read about in the Sundance section apply here. The time and place for Slamdance mirror that of the Sundance Film Festival. The movies are of similar style and quality since they usually come from the Sundance rejection pile, and Slamdance attracts visitors and adds economic value every year to our fine state. Slamdance also hosts screenplay competitions and is home to Slamdance Studios.

For moviegoers, attending the festival begins with travel plans to Moab in early March and a $35 all-film pass. All things considered, that’s a small price to pay for an event that, according to the official website, “share(s) uniquely powerful stories, concepts and ideas from around the world which have a positive effect on society.”

Another little festival taking place in March is the LDS Film Festival, which has found a home in Orem.

From its website, “the LDS Film Festival was founded in 2001 by Austrian filmmaker Christian Vuissa, who envisioned a place for LDS filmmakers to network with each other and showcase their work to an appreciative audience.”

With that said, the festival invites spiritual submissions from all faiths and has never asked about the filmmakers’ religious preferences. The festival is also home to a 24-hour filmmaking marathon, where to date, over 400 films have been created in a 24-hour period of time.

Don’t have time for a lineup of 120-minute, serious films? The Ogden Film Festival might be right up your alley.

The Ogden Film Festival doesn’t accept any submission longer than 15 minutes or films containing nudity, gore or profanity. For that reason, not to mention its very cool Perry’s Egyptian Theater location, Ogden might just be the perfect first-timer film festival.

Unfortunately, if this is the first time you’re hearing about the one-night movie extravaganza, you missed the party by a few days. But don’t let that get you down— the festival should be back next year with another round of 15-minute masterpieces.

If you’re looking for the next big adventure in Park City, Bluebird, Salt Lake City or Sandy, the Wasatch Mountain Film Festival begins its tour June 19 and features some beautiful outdoor documentaries. Films for this year’s lineup include documentaries focusing on extreme sports, spirituality and educational efforts from the Middle East.

Tickets are available now on the website, and venues range from a Snowbird’s ski lodge to Sandy’s Mt. Jordan Middle School, so finding the right place to see some stunning outdoor footage has never been easier.

The 14th annual Damn These Heels film festival is coming to the Rose Wagner Performing Arts Center July 14-16, making it the longest running LGBTQ film festival in the Mountain West. Tickets are on sale now through the Utah Film Center, and according to the website, the goal of the event is to create a “supportive environment that celebrates our community’s diversity by sharing LGBTQ history, culture, ideas, struggles and triumphs through film.”

The Utah Film Center also continues to provide free, independent film throughout the state. Check out our conversation with Elisabeth Nebeker for more information on both the festival and the center.

If you’re looking for great documentary films in Southern Utah, The DOCUTAH festival at Dixie State University in St. George is now going into its eighth season.

The festival is still taking submissions for 2017 and works closely with the university for educational access, great filmmaker Q&A’s and public exposure to documentary filmmaking.

Since its beginning, DOCUTAH has received more than 1,400 submissions from over 70 countries. According to its website, “DOCUTAH celebrates the art of documentary filmmaking, connecting Dixie State University and our community to the world. DOCUTAH offers a unique, entertaining International Documentary Film Festival and year-round programs providing creative, cultural, and educational engagement.”

“Filmquest is fantastic.” It says so right on its website, and they wouldn’t lie about something like that.

The fantasy, horror and sci-fi themed festival completed its third year in 2016 and is home to the coveted Cthulhu trophy. The festival runs over nine days and boasts over 200 films, regular parties, $30,000 in awards and a grand jury panel of industry professionals.

Details are still a bit thin for 2017, but last year Sandy’s Megaplex Theaters hosted the event and all movie and event ticketing was done through Jordan Commons.

The Tumbleweeds Film Festival is the second festival hosted by the Utah Film Center and is the only festival on this list specifically aimed at kids and families.

The Salt Lake City-based event takes place between Sept. 22-24 and includes films, workshops and a clubhouse. According to its website, “Tumbleweeds, the Intermountain West’s only film festival for children, presents new, culturally-enriching, curated cinema for kids ages 4 to 12. Audiences will see the best animation and live-action film from around the world, participate in media arts workshops and get their wiggles out in a slew of physical activities designed to balance visual content and active play.”

October is a great time to meet with fellow movie buffs and celebrate the cooling weather with a string of unique independent creations.

The Logan-based festival is a two-day event that includes four historic theaters, a music stage and outdoor art exhibits. The festival covers the usual festival category lineup, but focuses more on “celebration, not competition.”

“At its core, The Block is about inspiring imagination and creation,” the website reads. “Encouraging personal expression through the arts is a major reason this organization was developed by artists over the past eight years.”

Held in Utah’s own Festival City, the Red Rock Film Festival gets its name from the beautiful red majestic mountains of Zion Canyon and Cedar Breaks.

If you’re looking for that perfect combination of great film and outdoor adventure — in November — then you have found the perfect festival. Planning for the event may be a little difficult seeing as the website lists ticket prices between $3 and $350, but if you dig a little deeper, you can find Evenbrite’s listings at between $20 and $100.