And another ‘Turtles’ trailer 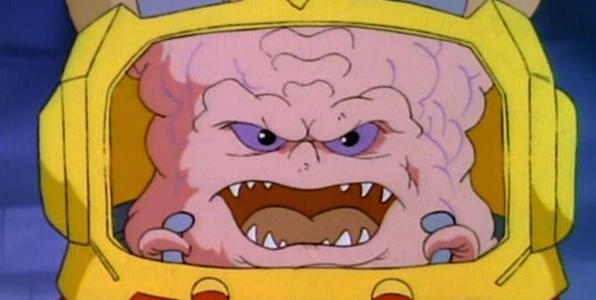 I’m not going to lie and say I’m not excited about the new “Teenage Mutant Ninja Turtles” movie. I think I’m supposed to hate it because people have told me that’s what, you know, we’re all doing. But there’s something about this latest episode that seems to feel very Saturday-morning-cartoon, and I think we Turtle fans have been waiting for Krang and Rocksteady and Bebop. So, maybe it will suck. I’ll give you that. But it’s getting major points for the retro vibe it’s putting out, and until I see it, I’ll at least give it credit for marketing.

Check out the trailer below:

Michelangelo, Donatello, Leonardo, and Raphael return to theaters this summer to battle bigger, badder villains, alongside April O’Neil (Megan Fox), Vern Fenwick (Will Arnett), and a newcomer: the hockey-masked vigilante Casey Jones (Stephen Amell). After supervillain Shredder escapes custody, he joins forces with mad scientist Baxter Stockman (Tyler Perry) and two dimwitted henchmen, Bebop (Gary Anthony Williams) and Rocksteady (WWE Superstar Stephen “Sheamus” Farrelly), to unleash a diabolical plan to take over the world. As the Turtles prepare to take on Shredder and his new crew, they find themselves facing an even greater evil with similar intentions: the notorious Krang.