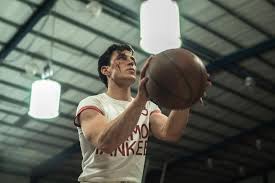 Set in the 1950s, “Spirit of the Game” depicts the true story of a group of young missionaries who have journeyed to Australia to spread the gospel and discover their services are needed in another way. Their calling is to help the country’s fledgling national basketball team as it prepares for the 1956 Olympic Games. In so doing, they unite a nation still reeling from the aftermath of World War II.

“We could not be more excited about releasing SPIRIT OF THE GAME with Purdie Distribution,” said Peter Goldwyn, president of Samuel Goldwyn Films. “This is an exciting sports drama which showcases the compatibility of faith and competition.”