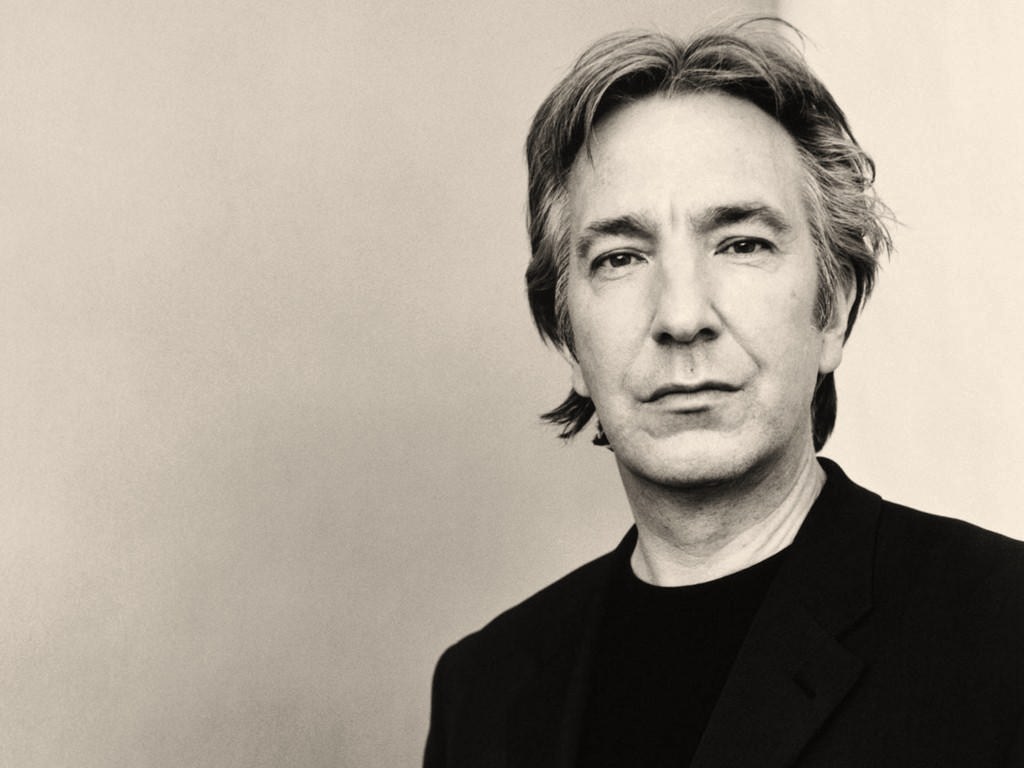 The new year has already asked a lot of movie fans.

Recently, we said our goodbyes to the Goblin King (Labyrinth) and Nikola Tesla (The Prestige) with the passing of David Bowie — not to mention the greatest walk-off moderator in ever (Zoolander). And now, barely two weeks into the new year, we’re staring at a future without Alan Rickman.

Rickman’s ability to make you love, trust or fear his characters seemed effortless. We wanted Alice to listen to Absolem because, well, he had the voice of Alan Rickman. The affair in “Love Actually” was so much more heart breaking because, once again, that was Alan Rickman. And when it came to villainy, he was so good it’s hard to imagine a bad guy he couldn’t have played.

How amazing would it have been to hear Rickman tell Marty to “Make like a tree and get outta here”? Jack Torrance from “The Shining?” Yes. He would have even nailed the paperboy from “Better Off Dead.”

Luckily for we movie fans, Rickman actually did play some of the best characters in repeatable cinema, and here are five of our favorites:

Was there a better ’80s villain than Hans Gruber? No, there wasn’t. And you can thank Rickman for that. Even Beethoven’s “Ode to Joy” sounds ominous when casually hummed by the charismatic baddie. As much fun as it is to watch officer John McClane spout off one-liners and take out henchmen, “Die Hard” could’ve never become the billion-dollar franchise it is today without Gruber.

Everyone has their nontraditional Christmas favorites, and I know I speak on behalf of action fans everywhere when I say, “Die Hard” is among the best.

Elliott Marston (Quigley Down Under)

It was pretty brilliant to take the classic American western and move it to the Outback. It was also pretty brilliant to plant a bad guy in that story who over-romanticizes the wild west and ends up importing his own demise from the country he idolizes.

Rickman’s take on the wealthy landowner and murderer, Elliott Marston, maintains the actor’s usual gravity, but it’s the fear behind Marston’s eyes that ultimately makes the portrayal so compelling. If it’s been a while since you’ve seen “Quigley Down Under,” or, and obviously this isn’t the case, you’ve never actually seen it, this is the weekend to dust off the 1990 classic.

There are people who genuinely hate this version of Robin Hood, and I understand the general criticism; however, Rickman’s Sheriff of Nottingham is so good, it’s easy to overlook everything else.

Whether he’s threatening to tear someone’s heart out with a spoon, or simply getting even for the scar on his cheek, Rickman sells the dialogue perfectly.

“Galaxy Quest” is one of my favorite sci-fi comedies, and Rickman’s Alexander sits at the top of my list for reasons why.

On paper, this is a movie that shouldn’t have worked, and yet this is a movie that gets funnier and funnier with every viewing. So why are people still watching a parody about an old TV show that lifted its plot from “Three Amigos?” That’s right, Alan Rickman. “By Grabthar’s hammer, we live to tell the tale.”

I don’t know that I’ve ever had a conversation about the Harry Potter movies which doesn’t include someone bringing up how much they love Rickman’s portrayal of Severus Snape. Even if the conversation is about one of the lesser-Potter’s, Rickman always gets a pass because he seemed to have walked out of the pages and onto the screen.

As time moves on, Snape will probably be the role Rickman is remembered most for, and that seems rather appropriate, doesn’t it? A villain at first glance who the world was better off having known.

Thank you for the memories, Mr. Rickman.