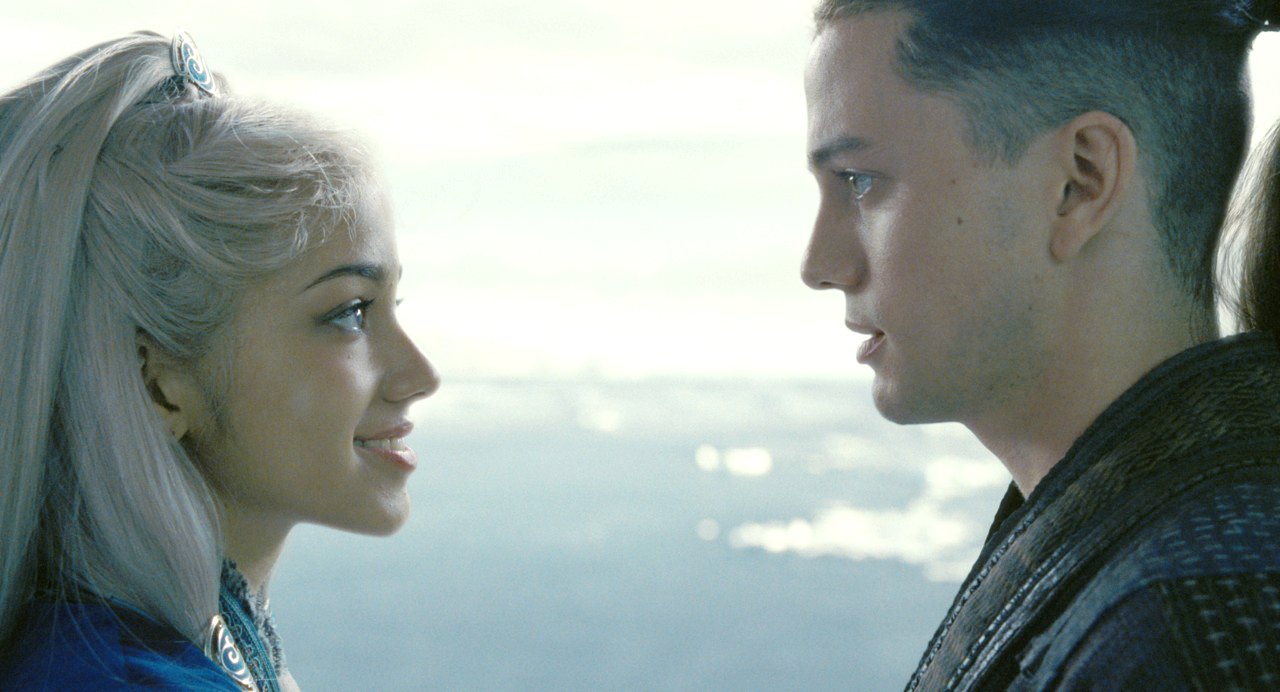 If you’re too young to remember the cinematic summer of 1999, find an old fogey like me and ask about the first time we sat in a darkened theater to see M. Night Shyamalan’s “The Sixth Sense.”

We’ll tell you of the time that crafty filmmaking wizard Shyamalan scared the bajeebers out of us before unleashing one of the greatest climactic reveals in movie history. Then we’ll stroke our chin, look off into the distance and mutter something like, “That was before the darkness took hold of Shyamalan’s brain. That was before “The Last Airbender…”

We who tell the tales of 1999 have never given up on Shyamalan, even as his films transitioned from compelling to bizarre to desperate. We saw the greatness before, and if KSL.com‘s John Clyde is to be believed, we’ll see it again with the release of this weekend’s “The Visit.”

To celebrate that possibility, we’re taking a look at Shyamalan’s library, from his very worst to his very best. Obviously we’ll be ignoring “Praying with Anger” and “Wide Awake,” because no one actually saw those. Also, since I have yet to see “The Visit,” I reached out to Clyde to find out exactly where he felt “The Visit” fits among Shyamalan’s nine features.

With those explanations behind us, let’s begin:

If you’re unfamiliar with Nickelodeon’s original series, “Avatar,” you might be tempted to swap this last place ranking with the eighth pick, “The Happening.” However, because “The Last Airbender” was a frustratingly lazy and clumsy adaptation of the very beloved stories of Aang, Katara and Sokka, “The Last Airbender” goes beyond simply being a bad movie and moves onto actively offending a very dedicated fan base. Since “The Last Airbender” causes some viewers emotional distress, we had to give it priority as our last place pick.

“The Happening” actually enjoyed some great marketing leading up to its release. The trailers left us wondering what would cause thousands of humans to take their own lives, and since Shyamalan was behind it, many hoped the answer would blow audiences away. Unfortunately, even for those who did buy into the premise, shots of trees swaying in the wind while some eerie music played in the background did little to sell scary. In fact, more moviegoers report laughing throughout those scenes than feeling anything that resembles fear.

I actually really liked Will Smith in “After Earth.” I also loved the way Shyamalan separates the father and son characters, leaving Father Smith to listen helplessly as his son endures the dangerous journey to becoming something greater. Unfortunately, said dangerous journey is painfully generic, and it turns out watching Jayden Smith fight CG monsters for 90 minutes isn’t all that entertaining.

I get a lot of grief for enjoying “Lady in the Water” as much as I do. I know. I understand people really hate this film, and a lot of their reasons for doing so are sound. However, the way Shyamalan takes a very real, very mundane setting and unapologetically folds in the miraculous really resonates with me. Most critics disagree, but that might have more to do with Shyamalan killing off the movie critic character than anything substantial. We movie critics really need to work on taking criticism.

The truth is, I haven’t seen “The Visit.” I’m taking Clyde’s word on this movie, and if you want to know more about why he thinks it deserves a reasonable ranking on this list, check out his review.

However, since we both actively review films for KSL.com, we often swap out press screenings the way kids of the ’80s swapped Garbage Pail Kids. I had to trade a Shyamalan, a Hunger Game and a 007 for a single “Force Awakens.” That might have also cost me some credibility here, but ultimately I think I did the right thing.

“The Village” starts out strong, but once it reveals its secret about halfway in, the rest of the movie kind of implodes. You no longer care about the characters, the tension evaporates and your concern for any given outcome flitters out the window. The reveal also, unlike “The Sixth Sense,” ruins any reason to rewatch the film, which means all of its entertainment value lies within the first time you watch the first half of the movie. The first half was good enough to land “The Village” as number four, but at the same time you can point to “The Village” as where things started to go wrong for Shyamalan.

“Signs” proved to be the first notable split among Shyamalan fans. Some found it to be one of the few legitimately scary alien movies, while others decided the entire premise was too far out there. Critics were mostly kind to the project and fans still consider Joaquin Phoenix’s closet scare equal to Buddy the Elf’s finger prick when it comes to comedic shock reactions.

Telling the story of a global catastrophe from the perspective of a tiny farmhouse goes a long way in making the audience feel as uneasy as the characters, and Shyamalan sets up some of his finest scares for the climax.

“Unbreakable” is still one of the most unique spins on the superhero genre, and an approach many of us would like to see revisited. Of all of Shyamalan’s films, this is the title that gets brought up most as sequel worthy, and if Bruce Willis and Samuel L. Jackson were on board, I’d be interested to see the next chapter as well.

“Unbreakable” proves you don’t need $200 million to tell a super heroic story and Shyamalan deserves major props for threading a quiet and compelling character piece. While I love my DC and Marvel, I’d pay to see either studio take a page out of Shyamalan’s playbook for one of their leading protagonists.

The one that started it all is still the best, and autumn is the perfect time to revisit the haunted classic. Even after 16 years, people enjoy sharing their “Sixth Sense” story.

For me — I was in San Diego hours before the big show when a teenage girl, burdened with a dark, hateful heart, purposely ruined the ending for me and a few friends. I was so bummed walking into the theater, but so pleasantly surprised to see the movie was more than a trick ending.

Shyamalan fans may argue that they enjoy a specific title more than “The Sixth Sense,” but this is a movie that changed things. “The Sixth Sense” was the subject of some of the Internet’s earliest memes, and “I see dead people” is now a classic movie line that will be brought up in conversation for years to come.

A still fantastic selection for any Halloween movie night, and a title that left its mark on cinematic history. Well done, Mr. Shyamalan.