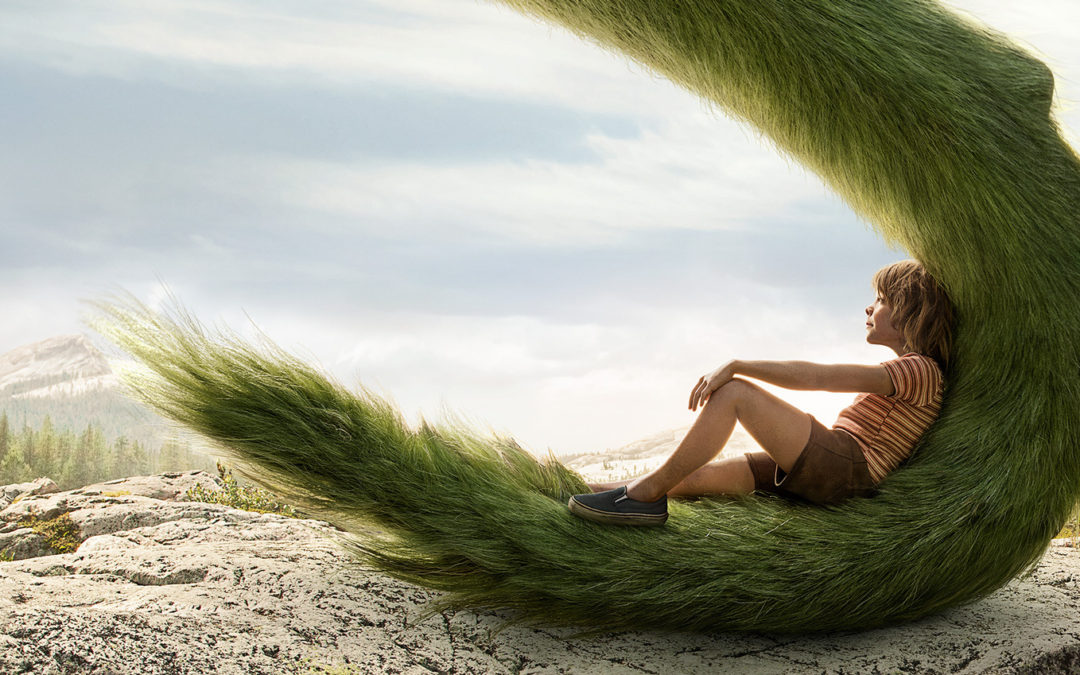 When it comes to family entertainment, I’m kind of a sucker for tales of childhood friendship.

There’s something about characters learning to take on this crazy world as partners that resonates with me, and the further you move that experience from the cynicism of adulthood, the more I tend to appreciate it — unless of course your name is Carl Fredricksen and you tie balloons to your house, then the more cynicism the better.

So when news of a “Pete’s Dragon” remake started circling the rumor mill, I was pretty excited. I liked the spirit of the original, but I also didn’t consider it an untouchable property. Elliot the dragon was ready for an upgrade, and if Disney had the right creative team behind the project, then I was on board for yet another boy-and-his-dragon story.

As it turns out, Disney definitely assembled the right team to reimagine “Pete’s Dragon.” Not only does this remake manage to capture all of the magic from the 1977 classic, but it does so while maintaining its own identity. I might even go as far as to call it my favorite family film of the year.

The story driving the 2016 “Pete’s Dragon” is a timeless one.

After a tragic accident, a boy gets lost and then found in the woods. Obviously, there are a few other details like the giant invisible dragon and a park ranger who learns to believe, but so much of what there is to love about “Pete’s Dragon” is found in its childlike simplicity. As long as you know this is a story about friendship and finding yourself, you should be good.

One of the smartest decisions Disney made going into this remake was pretending the 1977 movie never happened.

In fact, had writer/director David Lowery named his lead characters anything other than Pete and Elliot, this movie would have been to the original “Pete’s Dragon” what “FernGully” is to James Cameron’s “Avatar” — maybe even less so.

With no mention of Passamaquoddy, the Gogans, or the vaudevillian snake-oil salesman, Lowery creates a totally original story that won’t get tangled in comparisons. Fans of the original can love Lowery’s take and the 1977 classic without ever qualifying which version is better.

One of my favorite questions Lowery seems to be asking the audience is, who is the pet? Is Pete Elliot’s pet or has Pete tamed the coolest forest creature in the world?

It’s not a question that should ever be answered because the unspoken connection between Pete and Elliot is the driving power behind this story. There’s such a sweetness to the way Pete believes he’s Elliot’s protector while Elliot constantly checks up on Pete to make sure everything is in place for his little companion.

In some ways, “Pete’s Dragon” is 2016’s cat video because even if there was no story surrounding the two leads, I’d keep watching the screen because it’s so darn adorable.

When it comes to stories about hard-to-believe scenarios — like a kid who discovers a haunted house or a child with a pet unicorn — you can always count on two things. First, the grown-ups in said stories will not believe the child until the very last chapter, and second, most of your suspense will come from that one storytelling device.

To Disney’s credit, that tired but still-effective device has been put on the shelf for “Pete’s Dragon.” Instead, Disney focuses on relationships in the film and the little changes each of the characters make throughout the adventure. “Pete’s Dragon” won’t leave audiences on the edge of their seats, but it might be reason for a group hug after the closing credits roll.

Maybe the best way to sum up Disney’s 2016 reimagining of “Pete’s Dragon” is to call it the perfect bedtime story. This is a film that asks audiences to embrace their inner-child and believe in dragons for 102 minutes. If you can do that, then Lowery and crew have created a pretty safe bet for family movie night.

There’s no reason to pay extra for the 3-D glasses, but “Pete’s Dragon” is definitely worth a trip to the theater this weekend.