‘Brigsby Bear’ is as likable as its cuddly mascot 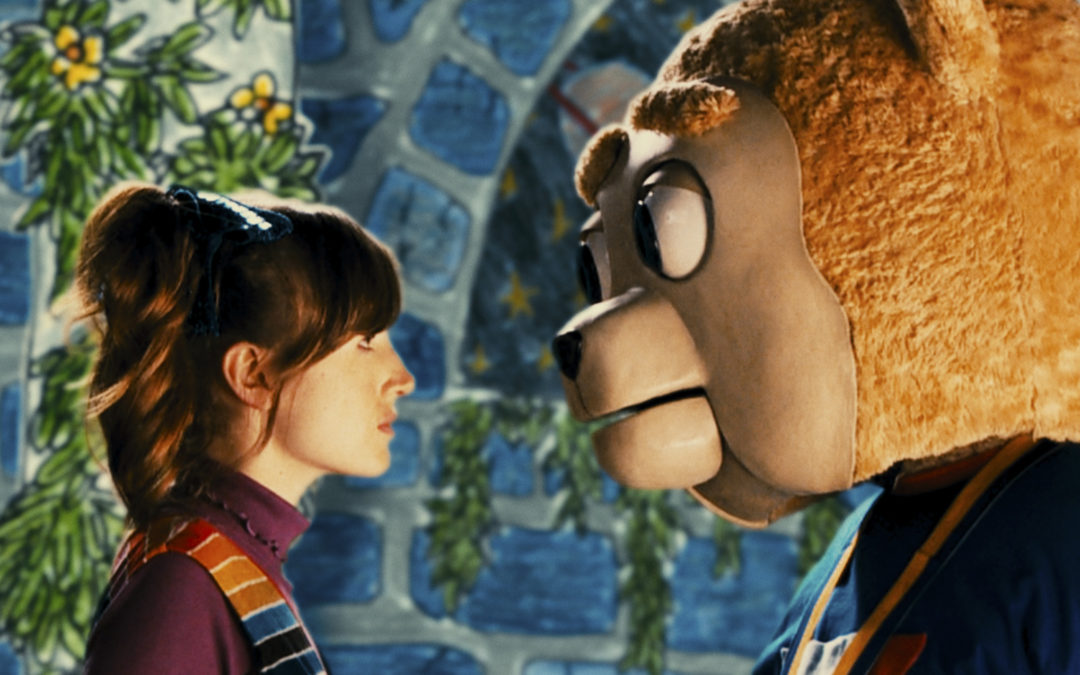 SALT LAKE CITY — This is a weird August for movies, isn’t it?

Usually, studios fill these dying days of summer with a last crop of superheroic tent poles. But for some reason, 2017 has pushed projects like “Justice League” and “Thor: Ragnarok” back to November while August enjoys a quieter lineup with “Step,” “Wind River” and of course, “Brigsby Bear.”

“Brigsby,” starring Kyle Mooney and Greg Kinnear, has been generating buzz since this year’s Sundance Film Festival, and Mooney fans are finally getting their chance to see the dark comedy this weekend.

Was the film worth the wait? Is Mooney the leading man fans hope him to be?

Like always, I’ll try to keep this spoiler-free, but keep in mind this is the synopsis section. If you want to see a totally unique film without any hint of what’s to come, take this opportunity to skip down to the “Family Friendly Dark Comedy” section.

If you’re still reading, well, probably the easiest way to sum up “Brigsby” would be to say this is a life-after-abduction tale.

James Pope (Mooney) has lived his entire life in an underground bunker with his captors (Mark Hamill and Jane Adams). James doesn’t know he’s been abducted or that the outside air is safe to breathe or that there is any other television show on the planet other than “Brigsby Bear.” When police finally come to rescue him, the middle-aged James is forced into a world everyone seems to understand but him, and worst of all, it’s a world without Brigsby.

If the subject matter behind “Brigsby” wasn’t so heavy, and if there weren’t a few swear words and other suggestive material throughout, people might accuse “Brigsby Bear” of being family friendly.

I know, I’m opening myself up to the obvious retort that any movie without adult language, themes and content would become, by definition, family friendly, but that’s not really my point. What I’m saying is, “Brigsby” feels at times like a made-for Disney or Nickelodeon movie.

The themes revolve around family togetherness and the conclusion would work for any episode from the old TGIF TVlineup.

The question then is: Was that intentional? Seeing as this is Dave McCray’s first attempt at a motion picture, it would be easy to write this project off as a well-intentioned rookie effort. But if that’s not the case, then McCray was smart enough to echo the protagonist’s innocence in his filmmaking, even going so far as to create a world that feels similar to James’ Brigsby-only imagination.

One of the most compelling elements to James and his story revolves around the character’s stubborn perspective.

While almost every other character in the film seems to understand the disturbing history associated with Brigsby, James won’t be bothered. Brigsby was his friend and his reason for waking up each day. Even if the story behind the show’s existence is saturated in darker motives, that isn’t James’ concern, and so “Brigsby Bear” doesn’t bring it up.

In any other film on the Sundance ticket, James would’ve been forced to confront the darker elements behind the TV show bear, but writers Mooney and Kevin Costello didn’t force that moment into this very bizarre coming of age adventure. As a result, even with its neatly wrapped up conclusion, something still feels unresolved by the time we see the closing credits.

Mooney fans might be surprised with the serious elements of “Brigsby Bear,” but I think they’ll be pleasantly surprised as well.

Where so many other SNL actors have made their first starring feature a series of audience winks and obvious slapstick, Mooney gives viewers a lot to think about between the laughs.

“Brigsby Bear” may not leave you in breathless giggles at any point throughout its 100-minute runtime, but that’s because the comedy is coming from a sincere and intimate place. This will go a long way in making audience members feel like they’re part of James’ story, which in turn will go a long way in making “Brigsby Bear” a movie to visit even after its short stay in the cinemas.

“Brigsby Bear” is the kind of movie you’re going to have to decide on.

This is either a brilliant film where both the protagonist and the director are coming from the same place, and as a result, the TV-movie elements are all part of the same card castle. Or, this is a rookie effort by a rookie filmmaker. If I were to guess, we’ll need to wait for the next McCray project before we can answer that definitively. I will say this is a question you’ll probably enjoy considering and later discussing with your favorite movie buddy.

Regardless, James is a character you’ll find yourself pulling for, and “Brigsby’s” big ideas and frequent punchlines are definitely worth the price of admission.