Disney has a lot to say in latest ‘Zootopia’ 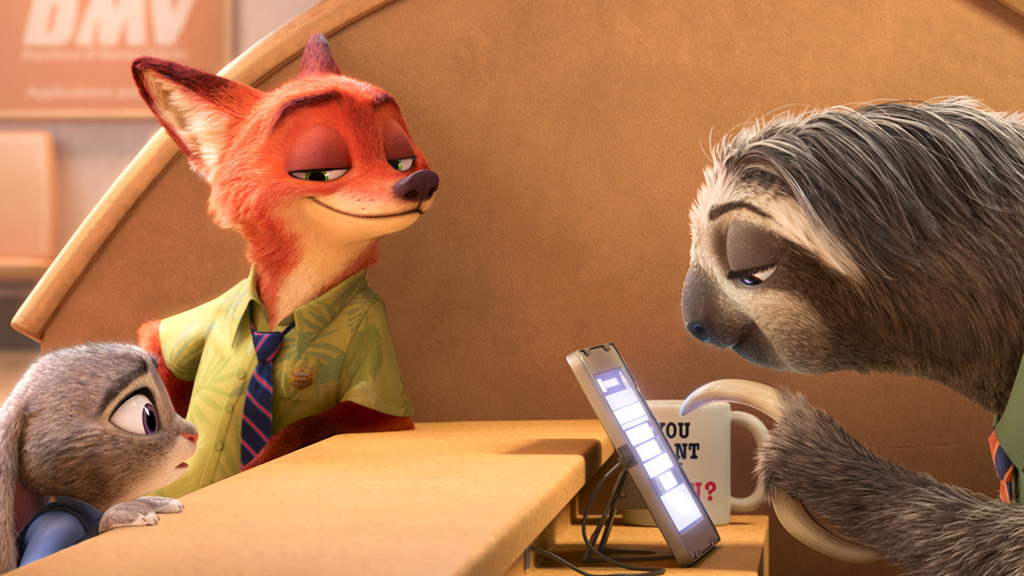 Is there anyone that does anthropomorphism better than Disney?

I’m sure there are some case-by-case exceptions to the mouse house’s talking-animal superiority, but collectively, Mickey and his crew have a long standing tradition of making us fall in love with animated, humanized wildlife.

That’s why, when I say “Zootopia” is one of Disney’s best animated animal movies ever, it’s not some misleading, categorical compliment. “Zootopia” is something special, and a movie we’ll be pointing to for years to come as an example what Disney does right.

“Zootopia” begins like so many Disney movies before it. A young innocent female protagonist dreams of becoming something more in a place far away from home.

This time the wide-eyed dreamer is a bunny named Judy Hopps (Ginnifer Goodwin), and what she wants more than anything is to become the world’s first bunny police officer.

With the help of her wily fox-friend Nick (Jason Bateman), Judy hopes to prove her super-sleuth status by solving a seemingly straightforward missing person’s case. But when that case challenges the foundations of a harmonious predator and prey society, Judy is forced to confront what she really believes before she can crack the case and restore balance to the booming metropolis that is Zootopia.

As expected, “Zootopia” is pretty, though, what big budget animated film doesn’t classify as eye-dazzling wonderment these days?

But while “Zootopia” indulges in an all-encompassing, three-dimensional world of bright colors and razor sharp details, there’s something nostalgic about the design of its characters. Each animal looks as if they’ve stepped off the set of Disney’s 1958 “Robin Hood,” and that goes a long way in bridging the gap between contemporary technology and classic Disney magic.

“Zootopia” isn’t shy about its beautiful exterior however. When showing off its cityscape or the individual hairs of its furry cast, the visuals on display or impressive. If you’re an animation junky that demands envelope-pushing eye candy, you’ll want to see this on the biggest screen you can find and yes, maybe even pay a few more dollars for the 3-D glasses.

For the first half of “Zootopia,” the main players feel like your standard, animated cutouts. There’s the wide-eyed dreamer, the crafty hustler, the hardened police chief and any number of stereotypical side characters. But this is all part of the setup.

Where “Zootopia” shines is in its ability to help audiences see these characters in another light. Traditional bad guys may not be the terrible people we’ve come to expect from our assembly-line, repackaged family entertainment. And your out-of-the-box good guys? Well, they may not be so good.

Most of the scenes that will tug at your heart strings involve looking at these characters from a different angle, and that says a lot about the level of storytelling on display. Not only does “Zootopia” effectively add to already proven character types, but it makes you glad you were wrong along the way.

You probably haven’t noticed, but there’s no place in this article where I’ve referred to Judy Hopps as cute, little, or adorable. That’s not because she isn’t, but because after seeing “Zootopia,” it almost seems unethical to refer to bunnies in such a way. I mean, it’s one thing for bunnies to refer to fellow bunnies as cute, but it’s really not appropriate for the rest of us.

“Zootopia” tackles several big, complicated and politically relevant themes without ever feeling preachy. It doesn’t even necessarily ask us to change our mind about certain issues, but rather, just give a few of these topics some more thought.

If you don’t want to think about politics, that’s fine. “Zootopia” does a great job of folding its weightier topics behind the action. For those of you who do appreciate theme exploration however, “Zootopia” can leave you with a lot to consider and discuss for your driver home.

“Zootopia” is a movie you’ll want to relive as soon as the closing credits begin to scroll. Not only is there too much for your eyes to take in on a single viewing, but Nick and Judy are characters you’ll want to hang out with again and again.

Beautifully designed, thought provoking and familiar, “Zootopia” has easily become my favorite of Disney’s CG offerings. It’s still not ready to knock off some of the better Pixar offerings, but Disney no longer feels like a second-tier studio when it comes to computer animation. If “Zootopia” is a sign of things to come from any animation studio, then family entertainment consumers have a lot look forward to.