Epic ‘No Time to Die’ celebrates Bond’s past, and points to an ambiguous future 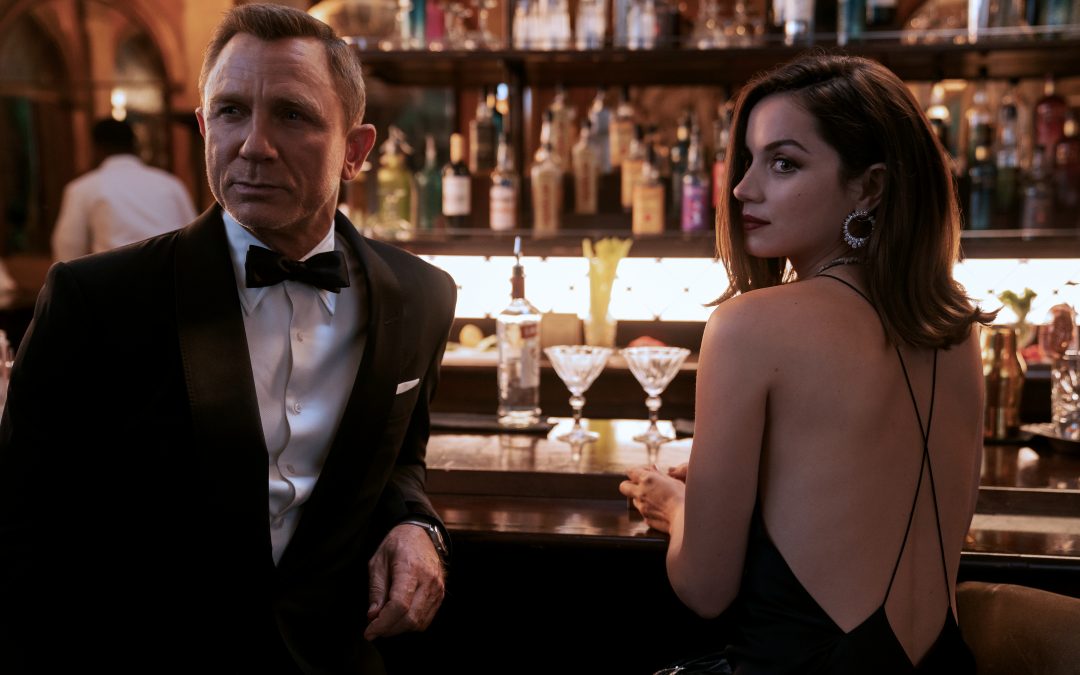 James Bond movies have always kind of felt like Indian food to me: all the individual elements are there, but I never walk away excited to come back. I think, at least with the Bond films, timing could be a big factor. I didn’t start watching them until the beginning of the Pierce Brosnan era, and by the time he was exchanging lame double-entendres with Denise Richards, the experience was just embarrassing for everyone involved.

We all know what happened next. After another corny outing with Halle Berry, the franchise ditched its outdated vibe and went for a gritty aesthetic, inspired by contemporary spy flicks like the Jason Bourne movies and Tom Cruise’s Mission Impossible adventures. But even then, even though I could say the Daniel Craig movies were better, the only installments I really liked were the ones that didn’t follow the Bond formula, like Skyfall.

No Time to Die is very much a tribute to the Bond franchise, but it has no interest in following the Bond formula. And that’s probably why I enjoyed it as much as I did.

The movie picks up where 2015’s Spectre left off: the evil Blofeld (Christoph Waltz) is in prison, and Bond has ridden off into the sunset with Madeleine (Lea Seydoux), the love of his life. We find them in Italy, living life free of care and of MI6, but of course that doesn’t last for long. Soon we learn of new villains, and new super-weapons, and like Michael Corleone of old, Bond gets dragged back in for another showdown with the fate of humanity on the line.

OK, so I guess it does follow the Bond formula, now that I think about it.

Maybe it’s just the little differences that give it a new vibe. Bond isn’t much of a womanizer anymore, even after he has to temporarily part ways with Madeleine. When he does meet a new femme fatale–like Ana de Armas’s scene-stealing Cuban agent Paloma–he doesn’t try to get in bed with her. He does get pretty flirty with woman named Nomi (Lashana Lynch), but the mood gets killed when he learns that she’s got his old job…and his agent number.

As the 25th (and longest?) movie in the franchise, and the formal sendoff for Craig, No Time to Die also takes time to celebrate its history, which is why we get cameos from past Bond cars like the DB5 and the vicious-looking Vantage from the Timothy Dalton era. As dramatic as the film’s finale may be, an early scene with the DB5 may still be the highlight of the entire movie.

That finale will probably be what people remember best, and of course it’s the thing that would be inappropriate to write about in any detail. I’ve probably only seen about 1/3rd to 1/2 of the Bond movies, but I can still say with certainty that No Time to Die ends in a way no other Bond film has attempted.

It’s no perfect movie; Cary Joji Fukunaga’s film gives in to that old action cliche that requires the script to introduce a new bad guy who is even worse than the previous bad guy who was supposedly the mastermind, but I guess isn’t now that the new movie needs to raise the stakes. But if you can look past that kind of stuff, you won’t need to be a Bond fan to enjoy this one. And for Bond fans who have been waiting a year and a half for the movie to come out (thanks, COVID), No Time to Die should certainly be worth the wait.

Time will tell how history and critics like me come to see the Daniel Craig era. A lot of that may depend on where the franchise goes next. But at least for now, a solid run gets to finish on a high note.

Unlike with most Bond movies, I may have to head back to the theater for seconds.

No Time to Die is rated PG-13 for your standard chaotic but not-quite-offensive action violence, sensuality, and profanity.