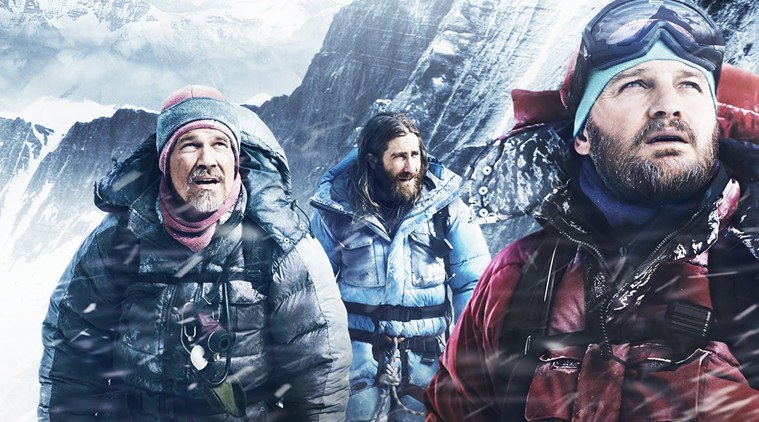 It’s a noble question. Why isn’t someone’s personal struggle enough? Why is it that screenwriters, novelists, and especially entertaining co-workers feel the need to add characters and manipulate events to sell their own viewpoint or personal brand of morality?

Audiences have plenty of examples when discussing creative license gone awry, but movies like “Everest” stand as the poster child for the other side. “Everest” acts as a reminder that facts need marketing managers like Water Cooler Joe or Steven Spielberg. Unfortunately, “Everest” ends up with director Baltasar Kormkur, whose approach to storytelling feels more like a FYI letter from Human Resources.

Let’s go over said letter with a highlighter:

In a nutshell, “Everest” follows a group of amateur hikers who encounter a severe storm at the top of Mt. Everest. It feels like I should add something else here, but really, that’s the 121 minutes of “Everest.”

If your primary objective as a moviegoer is to escape a long week, or experience some fantastic adventure you may not otherwise have access to, then “Everest” could be exactly what you’re looking for.

Don’t cheat yourself though. Find an IMAX, and yes, get some 3D glasses because “Everest” is at its best when it’s selling the dizzying heights and shifting landscape of the treacherous mountain. While Kormkur seems to have no idea why he’s telling this story, he does enjoy chewing on some beautiful scenery, and for many, that will be worth the price of admission.

You’re going to feel like an Everest expert as you leave the theater.

I don’t know how many of the facts dropped throughout this movie are accurate — I assume they all are — but really, that’s part of the beauty of Everest. With the glaring exceptions we’ll chat about in the next section, there’s not a great deal you need to make up concerning the dangers and natural fascination that accompanies the mountain. Screenwriter William Nicholson does a fantastic job folding in interesting details throughout the film, and Kormkur deserves credit for visually conveying cultural specifics without relying heavily on exposition.

The point of the thing

There are hundreds of themes or morals or moments Kormkur could’ve sold with this story that would’ve given it purpose. However, Kormkur’s decision to retell the tragic 1996 events from a clinical perspective takes what could’ve been a wildly inspirational story, or heartbreaking story, and makes it feel like something you read on a news ticker.

I get that wrapping up a story with a lesson can sometimes come across as preachy or insincere, but when your alternative is appearing apathetic, throwing in some sappy music and a meaningful last line could go a long way.

Kormkur tells the story of a tragic day on Everest like he’s tour bus announcer dropping interesting side notes to pass the time.

As a love letter to the infamous mountain, “Everest” is beautiful and immersive. However, there’s a pretty serious disconnect when it comes to what inspired the telling in the first place. At the end of the day, it just feels like Kormkur was looking for any reason to tell a story on Everest, but never quite found one he fell in love with.