Fans of the original ‘Saturday’s Warrior’ will enjoy the remake 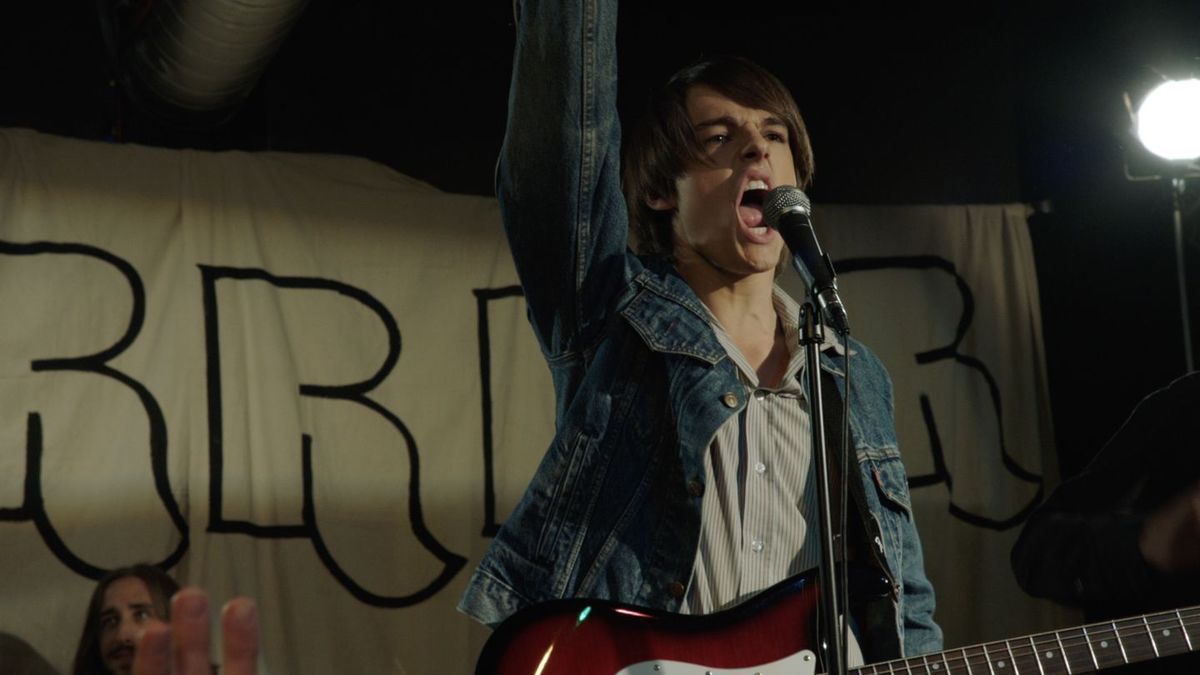 As a person who couldn’t be further from director Michael Buster and writer/composer Lex de Azevedo’s intended audience, I understood walking into the theater that this movie wasn’t for me. This isn’t a movie reaching out to a general audience or hoping to pull outsiders into the fold.

No, “Saturday’s Warrior” exists to preach to the choir, and that’s not a bad thing. Choirs need pep talking as much as the next… non-choir? Okay, I admit it’s not a perfect metaphor but you see where I’m going with this.

“Saturday’s Warrior” is a faith-based, existing-fan-only experience. If you’re not a SW enthusiast walking into the theater, there’s a high probability you’re not going to make it to the closing credits. If you are a fan however, well, this might just be the movie you’ve been waiting for.

Beginning in a building designed to house pre-Earth humans, the Flinders family passes their time by predicting what life will be like after they’re born. Once on Earth, the Flinders’ lives are different than they imagined, and teenage heartthrob, Jimmy (Kenny Holland), takes the transition the hardest. When Jimmy’s bandmates pressure him into writing a song about population control, a position his parents are against, Jimmy’s forced to choose between his family and his music.

I imagine if there’s a primary reason people love their “Saturday’s Warrior,” it’s the music. Even as a non-Warrior, in the right carpool setting I could see myself humming along to “There’s Got to be More” and “Sailing On.”

If you can forgive some auto-tuning, the cast more than delivers on the soundtrack. This will be welcome news to fans anxious for updates to their favorite “Warrior” songs. If you’re someone who has a few of the 1974 tracks still cycling through your playlists, the latest upgrade should make you smile.

Outside of the music, there are a few other moments the movie gets right.

First, Utah residents will enjoy some well placed cameos. Buster managed to recruit YouTube favorites like the Piano Guys and Alex Boye, and not only are their talents a welcome addition to the production, but Buster works them into the story in a way that doesn’t feel forced or gimmicky.

Buster also finds a way to weave some genuine emotion into the sometimes strange premise of “Saturday’s Warrior.” Whether audiences find the storyline compelling or not, they’ll still appreciate a few laughs and tears if they’re willing to give the production a chance.

I’ll always defend a person’s right to love a film despite, or maybe even because of, its obvious flaws. But even for the fans, there are some glaring issues that make the “Saturday’s Warrior” experience less than it could’ve been.

First, the decision to prerecord the musical numbers was a mistake. Almost every time a character is ready to sing their feelings, all ambient sound is dropped and an obvious studio recording takes over. The audio mismatch is so noticeable, you often can’t tell who is supposed to be singing and closeups reveal some obvious lip syncing.

Another issue “Warrior” struggles with is its constant tonal shifts. What starts out as a production where people break out into song and dance later turns into a rock opera about a kid with an abusive dad and a dying sister. Ultimately, the film settles for an 80’s-after-school-special vibe, and of all the identities the movie takes on over its 119 minute runtime, that’s probably not the one it wanted to win out.

We all have movies we love in the face of rational criticism, and for many people “Saturday’s Warrior” will fit into that category. If you loved the original and know the soundtrack, my guess is you’ll really like this latest version.

Will every mean thing critics say about “Warrior” be correct? Yes. And yes, you’ll also have friends who suddenly have a previous engagement every time you suggest watching the DVD. But who cares? If you’re a fan, go have a blast with fellow fans at the movie theater this weekend.

For the rest of the world, we were never the intended audience anyway. Maybe this is the weekend to pop up some popcorn and enjoy our own “my friends just don’t understand” movie marathon.