Is ‘A United Kingdom’ worth the price of admission? 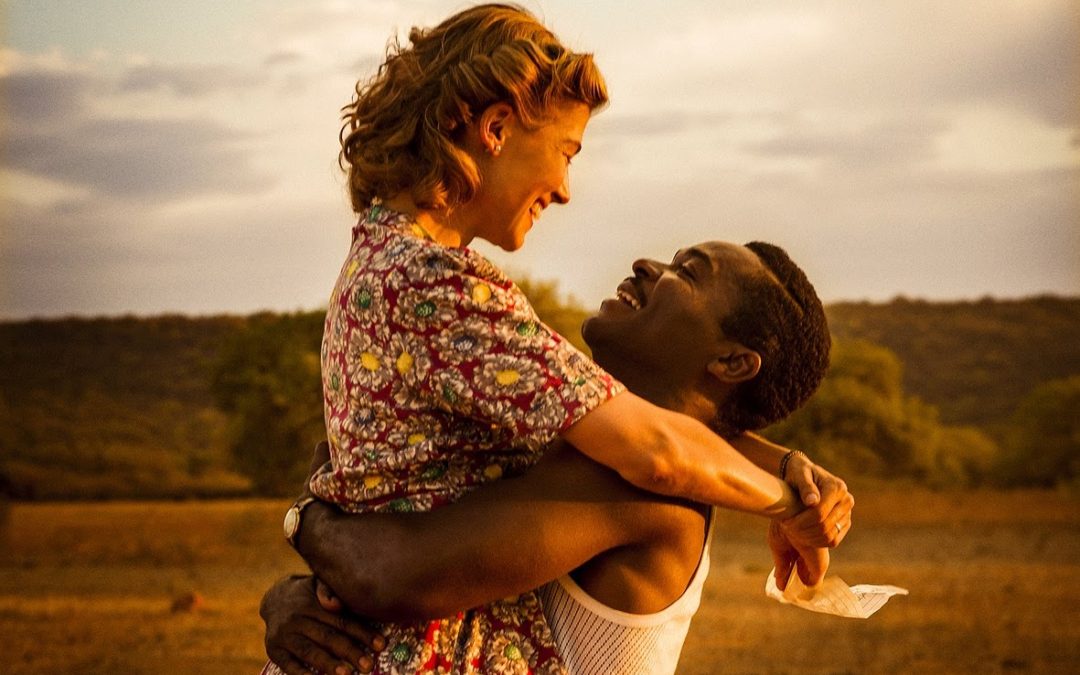 THE MOVIE THEATER — A United Kingdom is one of those movies you remember fondly.

It’s definitely not a perfect film, and you may find yourself checking your watch throughout its 111-minute runtime, but shortly after your “United Kingdom” experience, you’ll think back on that one movie you watched that was really kind of pretty OK.

What prevents “A United Kingdom” from greatness? Should you spend your money on one of the other big releases this weekend instead?

“A United Kingdom” follows the true story of Prince Seretse Khama of Botswana (David Oyelowo), and the political resistance he faces for marrying a white, British woman, Ruth Williams (Rosamund Pike). As their friends, family and countries work to keep the couple apart, Seretse and Ruth fight to stay together and defy a system that embraces racial segregation.

For those unfamiliar with the story, this is absolutely the No. 1 reason to see “A United Kingdom.” The bizarre investment the British government ended up taking in Ruth and Seretse’s marriage provide the film’s villains with some proven bad guy moment, while also setting up a classic underdog story.

But even when the movie’s many moving pieces don’t exactly fit together, the overall story behind Seretse’s rise to power are fascinating enough to keep audience members at least interested until the closing credits.

Director Amma Asante follows up her critically acclaimed “Belle” with the very intricate “A United Kingdom.” To her credit, Asante takes a story with a lot of small moving pieces, many of which include politics and special-interest agendas, and presents an easy-to-follow, entertaining story.

Unfortunately, she accomplishes this by dotting the film with easily resolved, often unfinished moments. For example, “A United Kingdom” just takes for granted that its two protagonists have an undying love after two or three dates. And when Ruth tries to make it to the hospital to deliver her baby, she stops her car miles from any help to work through a contraction, but then starts her car up again and carries on to the hospital.

As a result, “A United Kingdom” moves along with very little conflict, which makes for a pretty mechanical viewing experience. That said, when you think back on the movie a day or two later, the story in its entirety will probably make you think you were better off having seen “A United Kingdom.”

Both Oyelowo and Pike have become solid, go-to leading actors and in a strange way, the kind of paint-by-numbers approach to “A United Kingdom” shows off their abilities more than their critically noticed films like “Gone Girl” and “Selma.”

Because of “A United Kingdom’s” moment-to-moment layout, Oyelowo’s passionate speech to his people is sudden and stands out as if it’s just one of many short stories in the “United Kingdom” anthology. This goes a long way in showcasing how talented both actors are, while also tying together a story that could’ve easily felt like a fragmented script in need of another draft.

“A United Kingdom” isn’t a movie you’ll be hearing about come award season, and if you take your seat knowing that beforehand, you’ll probably feel the movie was worth the ticket price.

That said, you won’t regret waiting a few months to catch this on your favorite streaming service, and there’s nothing about the film’s presentation that demand your eyes experience this on the big screen. In the end, “United Kingdom” will land best with audiences interested in this moment in history; and for everyone else, it will simply pass as “good enough” entertainment.

“A United Kingdom” is rated PG-13 for some language including racial epithets and a scene of sensuality.