Is ‘Fantastic Four’ as terrible as you’ve heard? 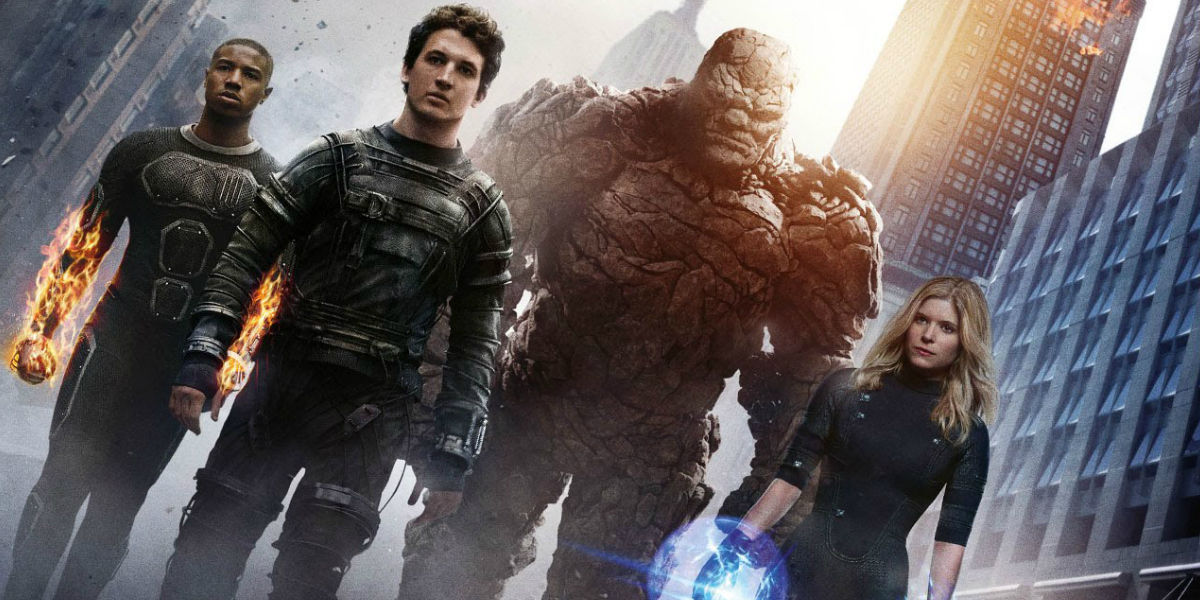 MARVEL UNIVERSE — As I walked out of the screening for “Fantastic Four,” I couldn’t help but feel a bit guilty. “Maybe my earlier review of ‘San Andreas’ was a bit harsh,” I wondered. Maybe had I seen “Fantastic Four” first I would’ve appreciated the lighthearted way in which “San Andreas” embraced its over-the-top premise.

I mean, I wouldn’t have given “San Andreas” a glowing review, but had I experienced the sober, lifeless “Fantastic Four” as a point of reference, maybe I would’ve called Dwayne Johnson’s latest project a guilty pleasure.

But there’s no going back. And really, this intro has absolutely nothing to do with that ridiculous earthquake movie. It’s just, I’d rather talk about almost any other movie right now than spend more time thinking about Fox’s latest version of the Fantastic Four.

It didn’t start out so terrible. For the first 20 minutes or so I actually wondered if early reviews had been too hard on the superheroic team. I’d heard other critics at the screening sharpening their wit before the theater even started to dim, so it wouldn’t have been surprising to find reputation was more to blame than reality when it came to Josh Trank’s spin on the comic book legends.

But once the opening flashback was complete, and shortly after the leading characters graduated from high school, the 80-minute quality spiral that followed validated every bad thing I’d heard going into the experience.

As more and more people complain about superhero fatigue, it’s not surprising the creative team behind “Fantastic Four” decided to try something different. I respect that, and hope this isn’t the movie studios point to when insisting directors stick to a tried and proven formula.

But as Trank steps away from the super abilities of his four leads and focuses instead on their scientific accomplishments, he forgets to enjoy himself along the way. Every character is super serious, and seriously intent on being serious, leaving the audience with nothing better to do than seriously hate their journey.

“Fantastic Four” is also a superhero movie that saves all its action for the end, which, if amazing, could’ve been a great payoff. Unfortunately, there’s no build to the villain, so a final fight sequence is simply the next thing that happens in a series of not-so-interesting events. Not only does it feel pointless, but it’s not even fun to look at, which brings us to our next highlight.

Stories circle geek-campfires concerning a Roger Corman “Fantastic Four” movie that was produced, but never released, as a way for company Neue Constantin to retain rights to the Marvel property back in 1994. I don’t know about the logistics of Fox’s current arrangement with Marvel, but judging from the obvious budget constraints in Trank’s 2015 version, it would be reasonable to assume this latest story exists for similar reasons.

The computer effects feel like a first pass, and the set and costume designs look as if they’ve been lifted from an ’80s B movie, and not in the hip, “Hey, that reminds me of my childhood” kind of way. Budget constraints and weak effects often force a tighter story while demanding better performances from actors, but in this case, the empty, first-draft of a script needed all the pyrotechnics it could get its hands on.

As a result, no one on the Fantastic Four team personally progresses in any way. Sure they physically evolve into superheroes, but there are no learning moments for the team. After saving the world from total annihilation you might think it appropriate for the four to take a moment of self-reflection, but they’re a busy group. They don’t know what the point of telling their story is, and we as an audience are left just as confused and indifferent.

I know it’s a cliche, but the phrase “move along, there’s nothing to see here” is the most appropriate warning I can think to give. There is no element that rises above another to point at and say, “Sure, all these factors were terrible but you still need to see the movie for its ….” There’s just no way to finish that sentence.

If you must do the Fantastic Four thing this weekend, your time would be better spent looking up the Corman 1994 movie on YouTube.