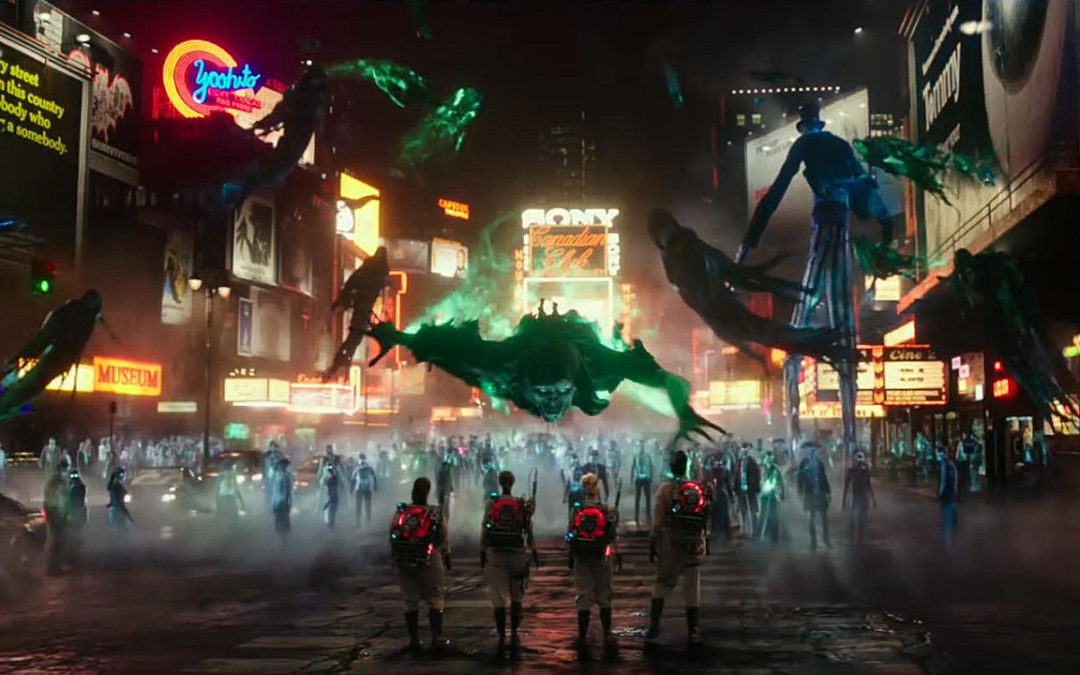 NEW YORK CITY — In some ways, the 2016 “Ghostbusters” remake is an experience where the journey was more interesting than the destination.

That’s not to say Paul Feig’s take on the 1984 classic is a bad film. In fact, as far as summer comedies go, it’s probably better than most. But when you consider how polarizing the new “Ghostbusters” has become, and how people have made either supporting or condemning this movie practically political, well, finding out all the hoopla was over a better-than-average popcorn flick is a bit disappointing.

Before we get into any sort of commentary, let’s go ahead and cover a high level story outline. If you’ve seen a trailer or you want to stay spoiler free, feel free to skip to the next section.

For those still reading, scientists Erin Gilbert (Kristen Wiig), Abby Yates (Melissa McCarthy) and Jillian Holtzmann (Kate McKinnon) have dedicated years of study to the pursuit of proving, once and for all, that ghosts are real. As the three friends notice an increase in paranormal activity building throughout Manhattan, they devise a plan to capture a free-floating, full-torsoed vaporous apparition — or the 2016 equivalent — thus validating their research throughout the scientific community.

With the help of subway worker Patty Tolan (Leslie Jones), the-soon-to-be-called Ghostbusters not only prove they can contain entities from beyond the grave, but also uncover a devious plot to flood the world with an evil army of specters.

Now equipped with a way to battle the non-living, it’s up to the team to defend New York and save the world.

Aside from obviously borrowing all of the world building, design and musical cues from the original films, the new “Ghostbusters” manages to establish its own identity. That might sound cheeky, and maybe on some unconscious level it actually is, but there’s no denying “Ghostbusters” 2016 is driving for a different energy than 1984.

In fact, if the 2016 story takes on the look and feel of any previous Ghostbuster adventure, it’s the old Saturday morning cartoon, “The Real Ghostbusters,” and that’s kind of cool. To Feig’s credit, he makes it obvious he’s not interested in dethroning the original comedy classic, but chooses instead to simply see how much fun he can have with a proton pack.

The comedy in this latest franchise submission goes after the punchline, which makes it difficult to give it an overall rating on the comedy scale. If you have tickets for a late show with a group of close friends, this might be the funniest movie you’ve seen in a while. If you’ve had one of those days at work and your brain just won’t unwind, you might find the mostly repackaged material more frustrating than cathartic.

This again, probably goes back to Feig’s decision to not swing for the fences on his first “Ghostbusters” ride-along. By playing it safe and sticking with proven gags, his movie is less likely to offend the dedicated fanbase, but also invites a general audience looking for a generic summer distraction.

While I do understand and even respect that decision, it ultimately undermines Feig’s ridiculously talented cast. McCarthy is better than a “That will leave a mark” line and Jones deserves better material that the tired concert-fans-don’t-catch-one-person gag.

Hopefully, “Ghostbusters” finds enough success over its theatrical run to justify a sequel where the creative team doesn’t need to consider every note the studio has to offer.

Choosing to go with “The Real Ghostbusters” look and feel was probably my favorite decision by the 2016 creative team. It allowed for the creepier scenes to enjoy a Haunted Mansion vibe while the action-packed moments blow up into full-cartoon craziness.

With the exception of a few new gadgets, everything about how the Ghostbusters do battle remains the same, and even classic characters like Slimer and the Stay Puft Marshmallow Man make their appearances relatively unchanged. In the end, the effects are a healthy and successful mix of the old and new.

Like I mentioned in the beginning, “Ghostbusters” isn’t a film worthy of the controversy, but that doesn’t mean it’s a step in the wrong direction either. Given any other title, “Ghostbusters” 2016 probably would’ve been filed away as a fun but forgettable summer flick. As it stands, as long as “Ghostbusters 2” exists, it’s a worthy addition to an already proven franchise, and a stable first step to what hopefully turns into a riskier set of sequels.

If you’re interested, it’s definitely worth the price of admission. On the other hand, if nothing about the marketing has caught your attention so far, you won’t regret waiting for its Netflix release.