One thing carries Disney’s ‘Encanto,’ and it isn’t the music. 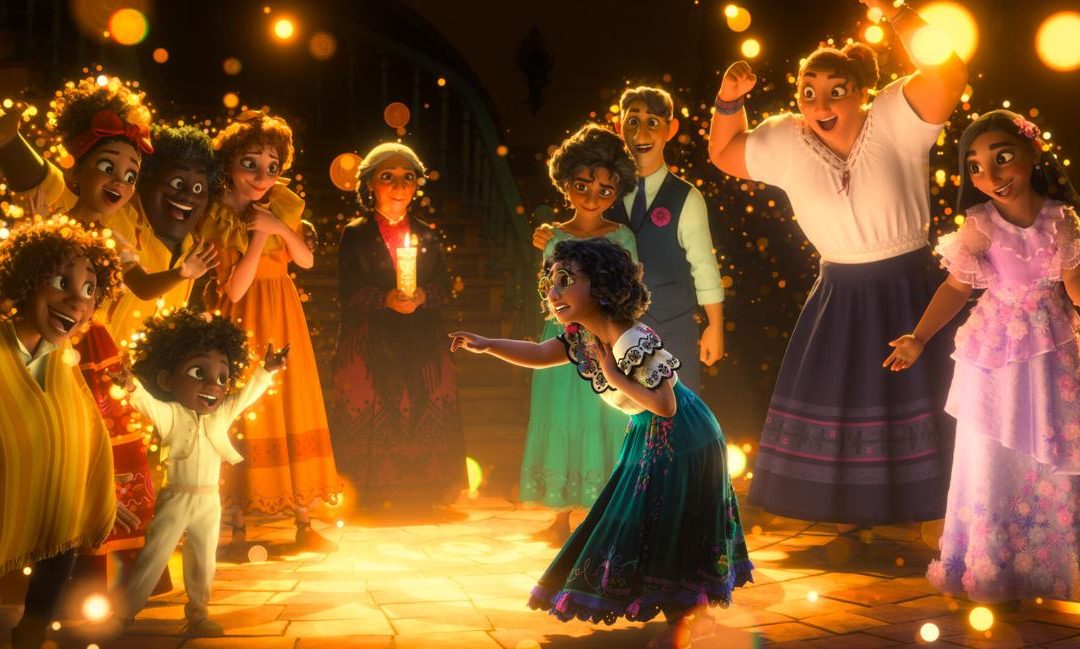 Encanto: three stars out of four

About an hour into “Encanto,” my five-year-old niece leaned over and started asking me if the movie was almost done. This could mean a lot of things, and it could mean absolutely nothing, but it does support a gut feeling that the latest Pixar movie is geared toward adults a little more than to kids.

There’s one thing I really like about “Encanto,” though, and it’s almost enough to carry what is otherwise a so-so entry into the Pixar canon.

The story follows a young woman named Mirabel (voiced by Stephanie Beatriz), who holds the distinct honor of being the one member of her family who is not special. But let me back up a bit. Mirabel’s family is steeped in history and tradition, having escaped persecution decades earlier to establish a special home–an “Encanto”–in a new land. This home is more than a metaphor for the heart of its residents; it seems to possess a special magic that is disbursed to the different family members in the form of super powers during a sacred ceremony. Pepa (Carolina Gaitan) can influence the weather with her emotions. Luisa (Jessica Darrow) possesses great strength. Isabela (Diane Guerrero) can make things grow.

Mirabel has no special power, and partway into the movie, we relive the terrible moment where she steps up to receive her gift, and is denied. This alone is what won me over to “Encanto.” After decades watching the exploits of the uniquely gifted “chosen ones” of so many super heroes and franchise protagonists, from Harry Potter to Luke Skywalker, I loved the focus on the character who wasn’t special…at least on the surface.

Of course, Mirabel is plenty special, as the film goes on to explain as she steps up to help her family when the house’s magic seems to falter. To do so, she must recruit the family’s pariah Bruno (John Leguizamo), whose prophetic gift caused a lot of grief in years’ past.

The messaging is what carries the film, and the conflicted messaging at the end is what made it stumble for me, at least a little bit. But by that point, my niece wasn’t paying as close attention (word is she enjoyed the film just fine when she went again with her sisters a couple of weeks later, for what it’s worth). It’s also worth noting that “Encanto” is a musical, though not being a musical fan, I can’t say much more than to acknowledge that “We Don’t Talk About Bruno” was the only song that stood out to me.

Overall, “Encanto” is a sweet story that feels appropriate in that sub-genre of animated Disney/Pixar movies like “Coco” and “Moana,” that sets out to celebrate the beauties of cultures while they shoot for that critical balance between kid-pleasing and parent-pleasing. “Encanto” isn’t the best of these movies (“Moana” is my current favorite), but it’s still comfortably in the “worth seeing” tier of family animation.

Even if it seems to be shooting for an older segment of the family.