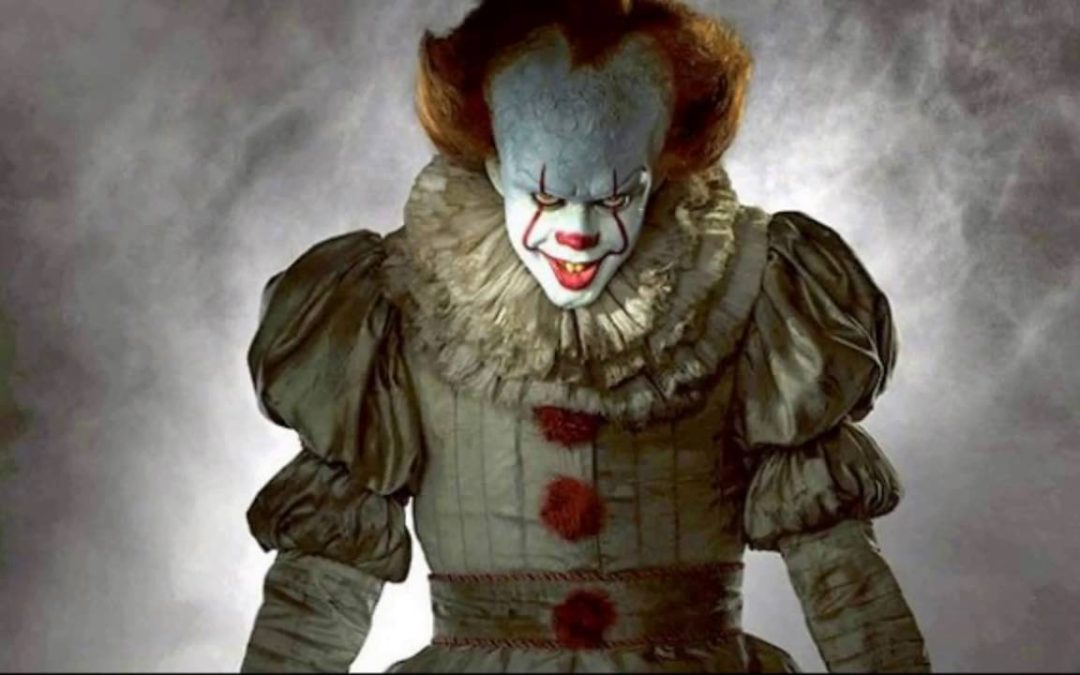 There was a time, not too long ago, where I gave up writing about movies.

I can’t remember exactly which title it was that I stared in the face and said, “I can’t do this any longer,” but I believe it was some sequel to some already terrible franchise.

I had been at this movie review thing for almost a decade and as one might expect, after a few years the excitement of it all slowly turned to drudgery. I knew the characters, the beats, the monologues. Occasionally some screenwriter or director would work in a surprise, but for the most part, all the storytelling formulas I’d learned about in college were spot-on. I could almost bake a cake based on the timing of a character’s introduction, or when a plotline would turn to crisis.

It was months after I quit writing reviews before I purchased another movie ticket, and even longer before I found myself enjoying the experience.

But over time it did happen.

When I was allowed to turn my brain off and just submit to the spectacle of Hollywood’s magic, I started remembering why I was so interested in film in the first place.

In the interest of time, I’m going to jump ahead here because this is already a very long intro for the review of a film I have yet to mention. But to sum-up, when I did come back to movie reviews, I decided I’d only write about projects that actually caught my interest. No more hitting the press screenings for “The Nut Job 2: Nutty by Nature.” To give a movie its best chance at good publicity, I couldn’t walk into a darkened theater with a grumpy attitude.

Which brings us to “It” – a movie where I walked into the press screening with an unusually grumpy attitude.

My one rule was broken because of a long an uninteresting story. But, let’s just say, at the end of the day I have never enjoyed horror movies. I don’t find them scary, I can never suspend reality enough to care, and gore is gross. Sitting through 135 minutes of my least favorite genre was exactly what I swore off when I left the first time, yet there I was watching some killer clown torment children while I wondered how I was going to give “It” an honest review.

I’ve since given up on such a noble endeavor. Instead, I’m just going to call this what it is: a review of Stephen King’s ‘It’ by someone who really didn’t want to see it

Have you ever seen a horror movie? If so just move along. If you haven’t, fine, let’s just get through this.

There is a really scary clown monster. Said-scary clown monster feeds on fear, and as it turns out, kids are usually more afraid than grown-ups. Soon enough, children start disappearing and town residents do what any thinking individuals would do when kids go missing — they put up missing posters and forget about their sons and daughters.

That is until we meet our protagonists, who happen to be a group of kids brave enough to look for answers. As these brave kids peel back the layers of an unspoken mystery, they uncover a dark history, learn to face their fears, and ultimately confront the monster terrorizing their town.

No, I am not yawning and no, you have not seen this plot before with a different monster. The clown, you see, feeds on fear. That is abstract. The fear-monster-clown is entirely original and you’re a terrible person for thinking of 15 other movies with exactly the same plot. And no, Monster’s, Inc. doesn’t count because the fear is only captured to energize monster cities and in the end, they all find a way to get along.

I usually avoid rottentomatoes before putting out a review, but in this case, my curiosity concerning my bad attitude got the better of me.

As it turns out, when I started writing this review the movie was enjoying a 90% fresh score which means, 90% of my fellow-critics think I’m a moron.

This leaves me scratching my head a bit. And I get it, morons do that. But “It” is not a scary movie. It might flirt with creepy occasionally, and it does attempt to make audiences jump from time-to-time, but even the Coulrophobe sitting next to me later confessed he was rarely even nervous.

So, if I had to guess at why critics are swooning for this very, very generic horror movie, it’s because they connected with the kids.

I do love me some nostalgia and am usually a sucker for anything that makes me think back on my childhood fondly.

Still, there’s a point where too much nostalgia becomes gimmicky and if you’re curious about that line, I suggest seeing “It” this weekend. Kids riding their bikes up a street with John Williamsy music playing behind them was super neat for a while, but the market for like-scenes is already oversaturated.

You know how every ten years vampires are cool? Some book like “Interview with a Vampire” or “Twilight” will come out and make a bajillion dollars and then hundreds of knock-offs try to ride the fad before audiences turn their noses up at sharp-toothed blood suckers?

If we apply those same rules to the 80’s, “Stranger Things” was “Interview” and “It” is like “Abraham Lincoln: Vampire Hunter.”

Have you ever been to one of those haunted houses that pop up around Halloween time?

If you haven’t, they’re all basically a series of themed rooms with hiding places for costumed volunteers to jump out at you when you least expect it.

“It” is the longest haunted house you will ever endure.

The kids of the movie continually return to a house where each room has its own theme and director Andy Muschietti tries to find the perfect time to scare audiences. “It” is less effective than a traditional Halloween houses however, since as I just mentioned, it’s overly long. But even if it were a quick, action packed ride, the beats are so familiar there’s no surprise to be had.

If you love the seasonal attractions, you might find a soft place in your heart for “It,” but your money would probably be better spent on a brick and mortar experience.

I should note before I wrap this all up that I attended the press screening with three other critics. Of them, I was the only one who really disliked the movie. Was my bad attitude a factor? Almost definitely. But, that doesn’t change the fact that the 80’s theme is already overdone, “It” relies on totally recycled material, and this isn’t an especially scary movie.

Is there an audience for “It?” Sure. It’s Halloween time. People like to tell other people they’re afraid of clowns, and as far as horror movies go, this one had a bigger budget than most.

But if you’re that person who only says you hate clowns because everyone else says they hate clowns, or horror isn’t your number one all-time favorite genre, I doubt you’ll regret not paying theater prices for “It.”

If in the future however, you’ve planned an entire day of weeding only to find it’s raining that Saturday and “It” happens to be an option on a streaming service you’re already paying for, give it ten minutes. You might be like 90% of all critics or the Coulrophobe sitting next to me.