Why ‘The Bride of Frankenstein’ is still the perfect Halloween movie 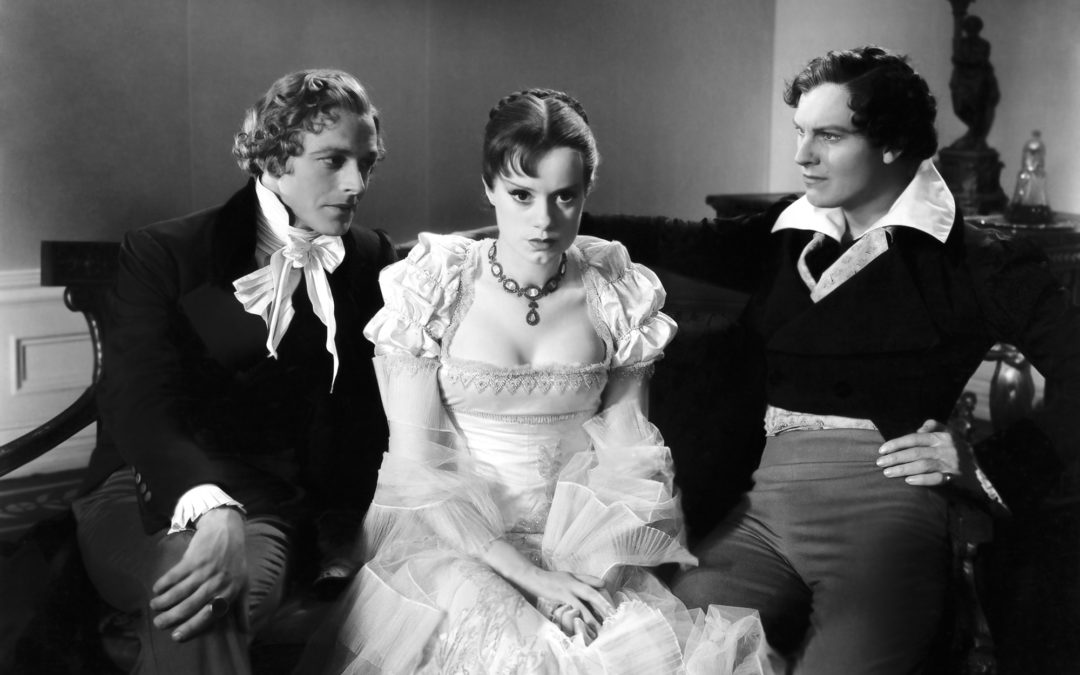 Sure, you can enjoy a few episodes of “The Twilight Zone” any time of the year, and cruising down some highway with a 1920s radio drama playing is heaps of fun even before Oct. 31. But for some reason, adding the anticipation of trick-or-treaters, a bowl of fun-size candy, and a few well-lit jack-o-lanterns turns hackneyed dialogue and hammy delivery into something melodious.

That’s why, for this month’s classic film article, we’re recommending one of the most gloriously melodramatic and rightfully influential horror movies of all time: James Whale’s “The Bride of Frankenstein.” As The Guardian declares, “Bride is a wild ride, even today. It flits between the classical and the gutter, the camp and the serious in a manner that’s hard to pin down.”

Here are some reasons why this classic is still relevant today.

In 1935, Franklin Delano Roosevelt was beginning his third year in office, 20% of the American population was unemployed, and filmmakers were ushering in the beginning of what we now call “The Golden Age of Hollywood.”

Silent films were being replaced with “talkies,” color films were making a comeback and studios were, according to AMC’s film site, exploring genres such as “gangster films, musicals, newspaper-reporting films, historical biopics, social-realism films, lighthearted screwball comedies, westerns and horror to name a few.”

The year 1935 was teeming with hardship and creativity, and it was also the year an openly gay director released, as the Alamo Draft House puts it, “the first sequel in Hollywood history to be better than the original.

To this day few titles enjoy that honor, and of those less than a handful followed an opening chapter met with as much praise as the original “Frankenstein.” Much like Joe Dante and his “Gremlins” sequel, that success can be credited to Whale’s insistence on more control.

Stephen Brophy of MIT’s “The Tech” said, “He (Whale) resisted a sequel but eventually gave in, insisting that he be allowed to develop the project in his own way. The mordant humor of ‘Bride’ is the delicious result.”

“Bride” was met with both commercial and financial success for Universal Pictures, but with that success came Whale’s narrowing circle of projects he was willing to work on.

There is a lot of speculation concerning what ultimately ended Whale’s career as a director, but biographer James Curtis says, “Whale’s success was short-lived. With his troubled production of Remarque’s ‘The Road Back‘, he was pitted against ominous forces that didn’t want the film made. His career faltered and, being openly gay, he found work increasingly hard to get. He quit just ten years after the triumph of ‘Frankenstein’, and died a suicide only months before the film’s eventual release to television.”

As Senses of Cinema points out concerning Whale, “one can make a strong case that he was the greatest director of horror in the history of cinema, or at least the most influential.”

Long before Tim Burton was dazzling our darker sides with striped villains and spiraled mountains, Whale’s flair for emotionally disorienting set pieces and theatrical reflection was defining the genre. Part of Whale’s influence came from his love of German silent sci-fi films like “Metropolis” and “The Cabinet of Dr. Caligari,” while, again from Senses, “Whale was (also) a painter before he was a stage and film director, and his eye for design is part of what makes his films so memorable.”

Burton is perhaps the director who embraces Whale’s spirit most obviously, going as far as to create multiple versions of “Frankenweenie”— a love letter to both “Frankenstein” and “The Bride of Frankenstein” — but Lloyd Rose of The Washington Post notes several additional Hollywood juggernauts who are better off for Whale’s influence.

From Rose: “The mix of beauty, perversity, wit and fear in Whale’s monster pictures is the goal that every horror director worth his salt has aspired to since. His dark, horrid, funny work paved the way for Alfred Hitchcock‘s American career.” Rose goes onto include Brian De Palma’s “Carrie,” Orson Welles’ “Citizen Kane” and “Gordon Willis‘ moodily lit interiors in the ‘Godfather’ films” as examples of Whale’s influence.

But Whale wasn’t only a visual artist, as Gloria Stuart semi-famously details on the laserdisc commentary of “The Old Dark House.” (A tip-of-the-hat to anyone who knows what makes that commentary semi-famous.)

Stuart said of Whale (as recorded by Dennis Polkow in the Chicago Tribune), “He was a real actor’s director. I worked twice with John Ford and there was no comparison. Ford would just say, ‘Action,’ and left you on your own. With James, everything you were to do had been carefully thought through and worked out in the most minute detail. He was a ‘hands-on’ director in that he was into every aspect of the picture — makeup, costumes, scenery, lighting, props: everything. He was always meticulous, discerning and helpful.”

Does it hold up today?

As Roger Ebert said of the film, “You don’t have to deconstruct it to enjoy it; it’s satirical, exciting, funny, and an influential masterpiece of art direction.”

“The Bride of Frankenstein” should be taken moment by moment, as entire sub-plots just disappear and conclusions come suddenly. As a result, some viewers may find a few of Whale’s decisions frustrating, but taken scene-by-scene, it’s everything right with monster movies.

If there is a classic film you’d like to know more about, leave us a note in the comments or email Travis directly at travis@utah.film.