Why we need to talk about The Chosen Season 2 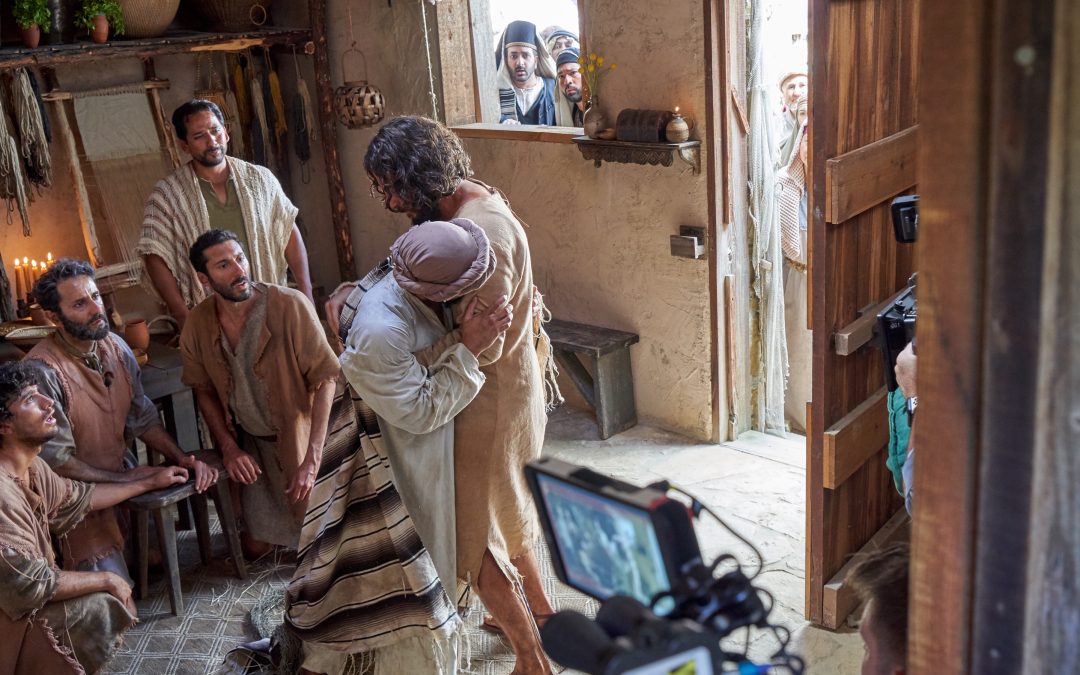 Based on stories in the New (and Old) Testament, “The Chosen” brings to life how Jesus Christ led his followers as they went about doing good. I first thought from the previews that the show would center on all the expected Bible stories, following the life of Jesus–you know, as a “Chosen One.” I was wrong, though, as “the chosen” refers to those who Jesus chose to follow him. The show gives a lot more background on the kinds of lives these characters would have led and how they would have fit into this time period.

The first season focuses primarily on introducing the apostles and how Jesus comes into their lives, although he is not quite ready to begin his official ministry. In season two, Jesus is now gaining some notoriety in many cities by performing miracles and teaching large crowds all day long. The apostles feel overwhelmed by the duty they feel in protecting Jesus and performing their new roles as a cohesive team.

A Different Kind of Production

The most important thing to address here that puts all the religious stuff to the side is everything we can analyze about the production itself. “Get used to different” is a popular phrase in this series, but it must be director and producer Dallas Jenkin’s project motto because he is doing everything differently with this show.

This show got a lot of attention originally because it was (and still is) the #1 crowdfunded film/TV project. It came in high demand which gave a high quality show in response with the $10 million it raised. I think this is an interesting fact because it puts the audiences in the executive chair since they are the investors.

Because of that, there is a strong relationship between the production team and their audience. It is fascinating to see The Chosen’s presence on social media because they are constantly responding to feedback from followers with kindness and passion for what they are doing, as well as documenting all the behind the scenes action. I learn so much about the trials and triumphs of TV show filming from their consistent video and photo updates. If you have an interest in behind the scenes work like I do, check them out!

Since the show was independently created, it also had a similar distribution plan. Their ingenuity continued to shine here by streaming the show on their own app (as well as the app of their Utah-based partners, VidAngel). Instead of charging for the price of a normal streaming service, each episode viewed is paid by those who feel so inclined to “pay it forward.” Appealing to and relying on the generosity of others is how the show came into being, so using that same tactic to fund the streaming site was a brilliant move.

Their ties with Utah doesn’t stop with VidAngel. Season two (and the upcoming seasons) received special permission from The Church of Jesus Christ of Latter-day Saints to be filmed at the Jerusalem set in Goshen, UT. The set is strictly reserved for church use, and many have tried and failed to get permission to film there. And yet, Jenkin’s team was successful, and this change of location really helps add to the immersive experience they strive to achieve. With so many people of different faiths working on this project together, I think it is wonderful that our state has been able to get involved in this innovatively collaborative piece.

From how it came to be, how it is being filmed, and how it is being shared, I think that “The Chosen” is trailblazing new possible paths for filmmakers (especially those religiously inclined) that I hope to see more of in the future.

The best word I could use to describe this show is organic. The background they use physically with the set and emotionally in the characterization creates a world in which these well known stories come about so naturally. It gives so much added context to the meaning of the parables and the meaningfulness of the miracles. You can’t help but identify with the characters’ personalities and journeys.

The way they started season two was so clever. They recapped season one through the context of James writing down the characters’ accounts a couple of years in the future. They all have a sort of sadness to them, foreshadowing a day when Jesus is no longer with them. This opening scene helps transition back into the present timeline where we left off with the last season of Jesus teaching to Samaritans.

The whole cast is fabulous, but Jonathan Roumie in particular as Jesus brings something incredible to the table. I did a small research paper on how people reacted to his portrayal which you can check out here. Nearly everyone found him to be very sincere, personable, and respectful.

All in all, that’s a good way to sum up all the characters. While there is humor and some casualness to make the show more real and relatable, it is done in a way that is still very respectful and solemn at all the right moments. Actually, it can pack quite an emotional punch at times.

For me, I binged the whole season in a week, watching one episode right after the other, and I really felt like I was spending the day with someone holy and real. I’m very religious, and this got me thinking of my beliefs at what seems to be a whole new level.

Just as a TV series without the religious context, it’s a great show. The characters and their stories are engaging. There’s more drama and higher stakes in this season which might make it more intriguing for nonreligious viewers. And the messages are so positive, uplifting and simply universal for whatever your religious views may be. I would highly recommend this show to anyone and everyone.

Especially in season two, there are some serious topics touched on although nothing is ever explicit. You see characters in the depths of despair because of disabilities, demons, and the political tension with the Romans. This isn’t a Veggie Tales version of these stories, so parents may have to prepare their children for these struggles. Also, there is one episode (4) that shows men being crucified outside of Jerusalem as characters are passing by. This, again, gives context to the lives of these people, but a man’s hands are hammered in the distance and two others hang, blood dripping on their nearly bare bodies. It could be a little disturbing for young viewers.