Hardy and his alter-ego deserve better than watered-down ‘Carnage’ 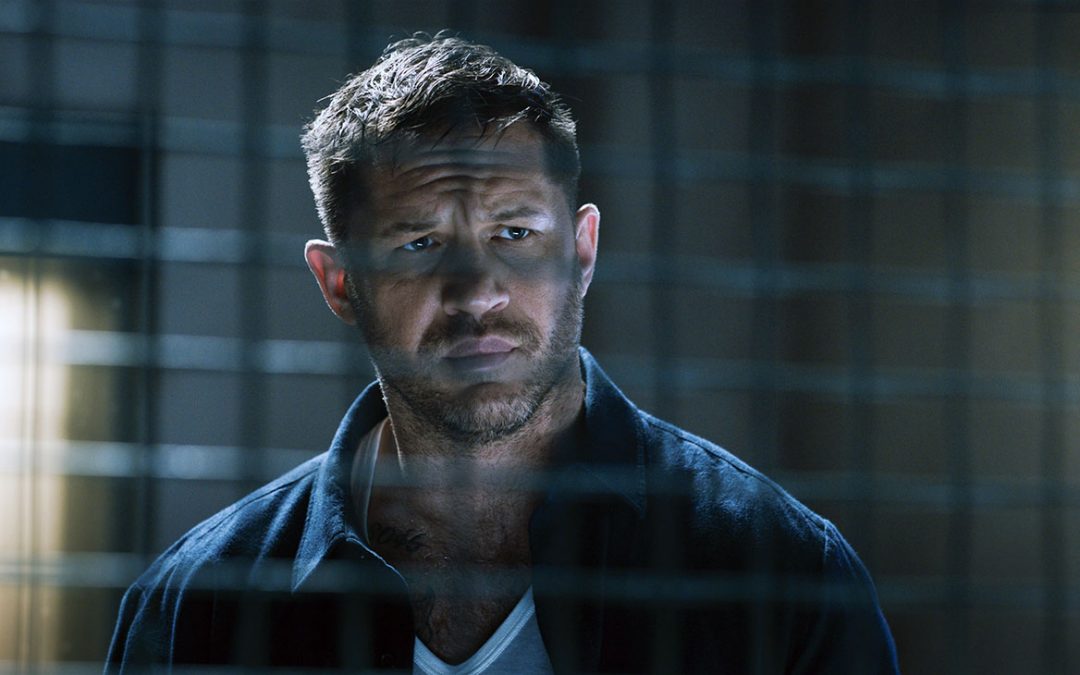 If you’re worried that comic book movies have become too routine, “Venom: Let There Be Carnage” isn’t going to calm your fears. Take away the amusing buddy comedy dynamic between Tom Hardy’s Eddie Brock and his symbiotic alien goop Venom, and “Let There Be Carnage” has little else to offer.

Director Andy Serkis’s effort is the follow-up to 2018’s original film, which told the story of San Francisco journalist Brock’s initial encounter with the extra-terrestrial parasite that turned him into one of the genre’s most macabre superheroes. “Let There Be Carnage” finds our protagonist living an uneasy existence with Venom (voiced by Hardy), keeping its bloodlust in check while trying to maintain some kind of normal life.

Naturally, “normal life” isn’t much of an option for a guy half-possessed by a murderous alien parasite, even if it does have a great sense of humor. Much of “Let There Be Carnage”–the best stuff, anyway–follows Brock as he wrestles with his odd couple dynamic, and still yearns for his ex-fiancee Anne (Michelle Williams), who has taken up with a local doctor.

All this personal drama is interrupted by the arrival of Cletus Kasady (Woody Harrelson), a convicted murderer set for execution thanks to Brock’s investigative journalism. When Brock visits Kasady prior to his execution, the convict bites him during a scuffle, and Brock’s Venom-infused blood creates a new hybrid creature named Carnage.

It gives nothing away to say that the almost plotless story quickly fast-forwards to an arbitrary CGI showdown between Brock/Venom and the film’s arbitrary new bad guy. The fact that the arbitrary bad guy wastes Woody Harrelson (not to mention Naomie Harris, who plays his evil girlfriend), just makes things worse. Altogether, anything that involves Hardy and Venom is fun and entertaining, but everything involving the film’s flimsy plot and hero-villain clash feels lazy, formulaic, and unimaginative.

There’s a moment in a lot of movies where you see the action leading to a kind of false-finale; something inside you tells you that the movie can’t be ending already, and sure enough, the plot pushes on to build the tension further into the real climax. “Let There Be Carnage” has no such push. Clocking in at 90 minutes, the film feels like it only wanted to provide the bare minimum, and in this case, the good stuff almost makes the lazy stuff all the more disappointing.

A mid-credits bonus scene teases a third big screen appearance for Venom, but at this point, I’d be much more interested in a sitcom about Brock and Venom. At least that way the obligatory bad guys could take a narrative backseat to the real show.

(Just an odd aside here: the film opens with a brief prologue that shows Harrelson’s character as a teenager in a 1990s reform school. Anyone who remembers a fully-grown Harrelson playing Woody on “Cheers” in the 1980s will find this very strange.)

“Venom: Let There Be Carnage” is rated a curious PG-13, in spite of considerable violence and mayhem, as well as some profanity.