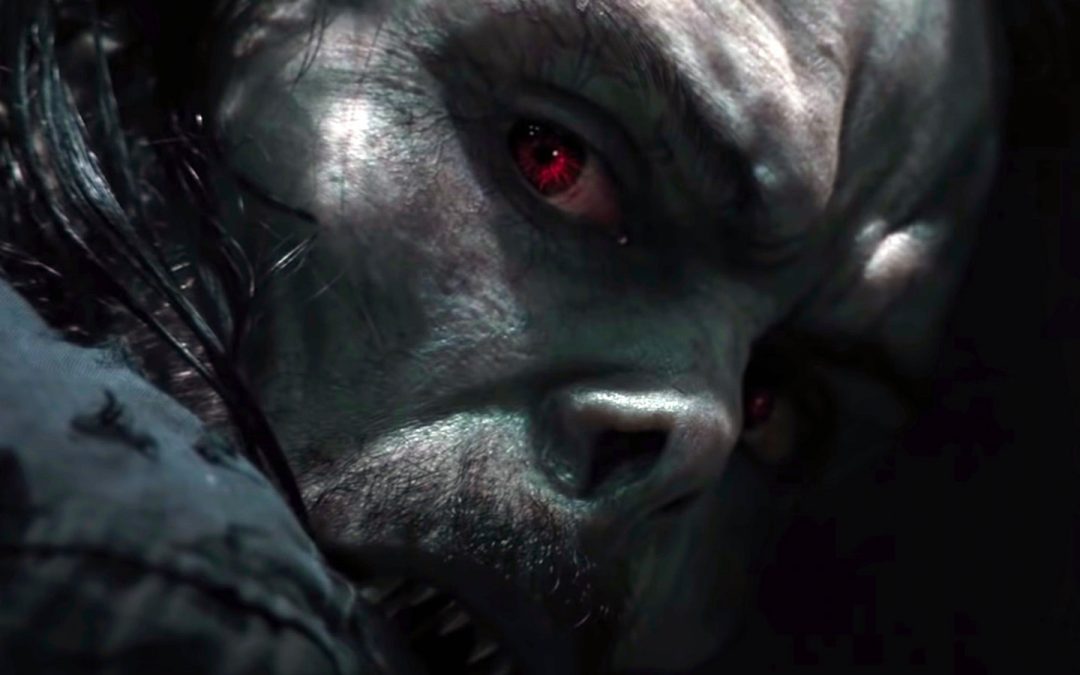 Whenever I dig back into my review archives to refresh my memory on some film or franchise, or to come up with options for a new “favorites” discussion on the podcast, I’m always fascinated to see titles I barely remember covering. It’s not because they’re bad—the bad ones I remember—it’s just that they were there and gone, vanished into the cinematic ether.

“Morbius” will almost certainly be one of those movies.

“Morbius” is the latest superhero offering from Sony, and unfortunately it maintains the mediocre reputation that has been hoisted on most all recent superhero offerings from Sony. It follows the story of a sickly doctor who turns himself into—well, based on the movie I’m not sure if it’s a hero or a villain.

Apparently this is intentional.

The seeds of my disappointment were sown about 25 minutes into the film, when a decent backstory gave way to that inevitable moment in all comic book movies where the protagonist discovers new and exciting powers. A moody and (of course) brilliant doctor—Morbius (Jared Leto)—has been experimenting with bat DNA as part of a lifelong quest to cure his own debilitating blood disease. The winning formula, tested in international waters under the watch of mercenaries because the whole production is completely illegal, turns Morbius into a creature halfway between Batman and the Bat Child of the Weekly World News. He’s got spiky teeth and evil-looking eyes and echolocation and he can kind of fly. And my heart sank a little as I realized the rest of the movie would now settle into superhero routine.

We get some stuff about Morbius learning to manage his powers, and we are told that things will be OK as long as he sticks to drinking artificial blood—the “blue” stuff—but eventually he’ll need the red stuff, and that’s the point of no return. Things get more complicated when his lifelong friend Milo (Matt Smith)—who suffers from the same disease—starts taking the formula. Milo does not share the doctor’s admittedly shaky sense of ethical responsibility. So he’s for sure a bad guy.

This alone makes the plot more interesting than the last “Venom” sequel, but where that movie could score a few personality points with Tom Hardy’s dual performances, “Morbius” offers no such compensation. It’s just dark and moody, punctuated by some CGI fighting, spinning out a formula we’ve seen dozens of times now.

If only they’d made a movie about the Bat Child…

Again, it isn’t that “Morbius” is bad. On its own, a lot of people will find it perfectly watchable…and then they’ll forget it ever existed. “Morbius” takes no risks. It gives you nothing to cheer for, nothing to object to, nothing to care about. It’s filler, the last three songs on an album everyone bought for the one hit wonder single. And because it’s a comic book movie released in 2022, we get bonus scenes that try to tie it into other established properties and get us excited for the inevitable sequel.

I have a hard time imagining even fans of the original comics are waiting breathlessly (bloodlessly?) for the sequel. Superhero movies have had a tough stretch post-“Endgame,” but the last “Spider-Man” proved they can still be good when they try. That might be the biggest problem with “Morbius:” for a story about a dark, bloodsucking anti-hero, it is irredeemably safe.

“Morbius” is rated PG-13 for some muted bloody violence and frightening imagery.