‘The Yes Men Are Revolting’ on April 21 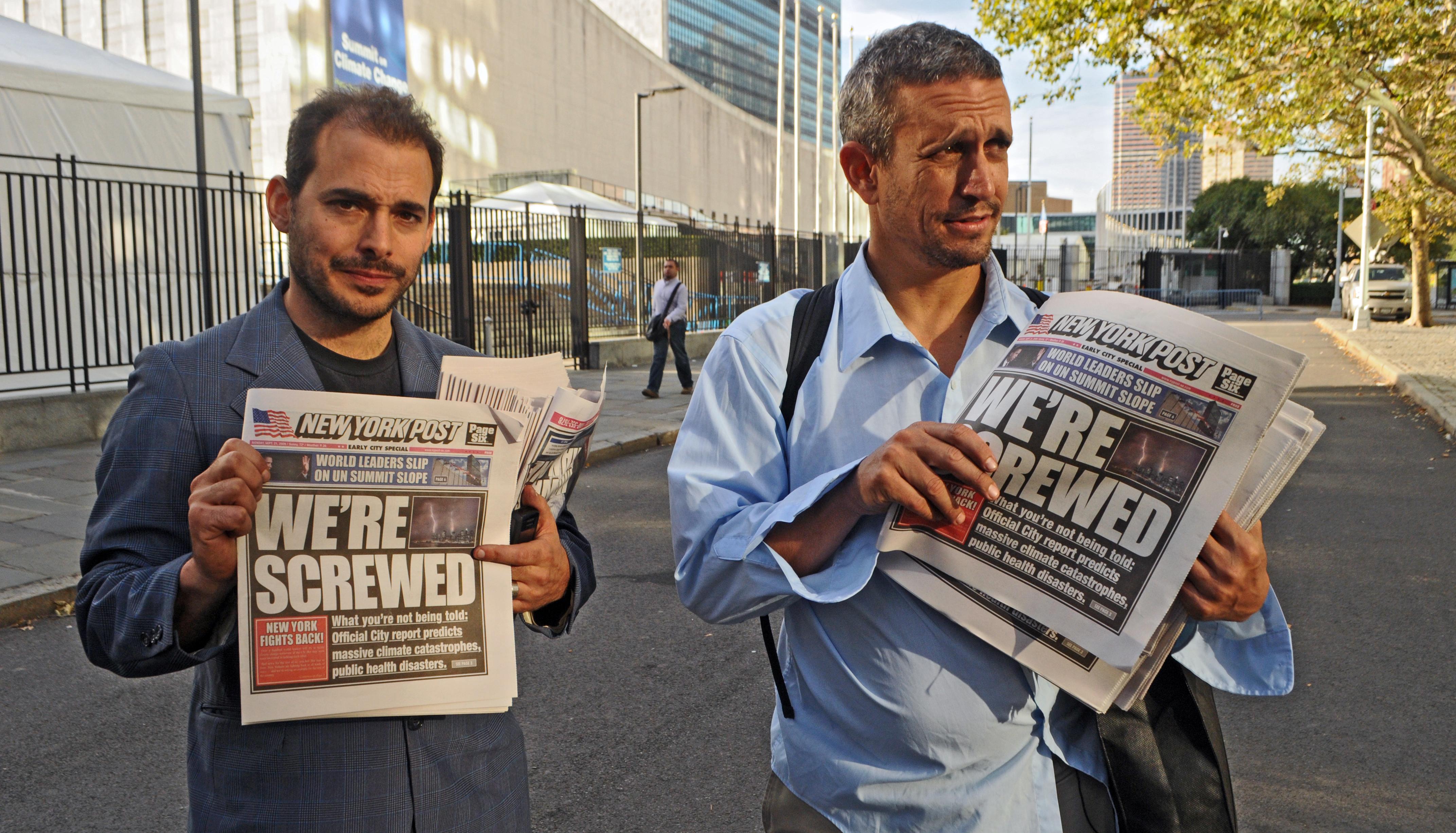 Are you going to be in Moab this Thursday? If so, for the low price of free you can check out “The Yes Men Are Revolting.” The Utah Film Center has more info on their website.

From the website: For the last 20 years, notorious activists the Yes Men (Mike Bonanno and Andy Bichlbaum) have staged outrageous hoaxes to hijack public dialogue worldwide about the issues of the day. In their third cinematic outing (after The Yes Men and The Yes Men Fix The World), they are now well into their 40s, and their mid-life crises are threatening to drive them out of activism forever–even as they prepare to take on the biggest challenge they’ve ever faced, climate change. Frustrated by each other, and worried they can’t make a difference anymore, how can they keep fighting the world’s most urgent threat? Revealing the real people behind the ruses, their latest film is as much a character study as it is a thrilling ride depicting their latest interventions against corporate greed. Following their lives for over four years, The Yes Men Are Revolting reveals their creative process, hilarious strategies, and personal conflicts while they juggle the demands of getting older, holding down jobs, and maintaining some shred of personal lives. From villages in Uganda’s Karamoja region to the toxic oil fields in Canada’s tar sands, these iconoclastic revolutionaries take on big oil, lobbyists, Wall Street, and the USA government, armed with nothing but thrift-store suits and a lack of shame. Overcoming personal obstacles to deliver uproarious actions of global significance, the Yes Men deliver a hopeful message about ordinary people breaking through the paralysis to take back their planet.